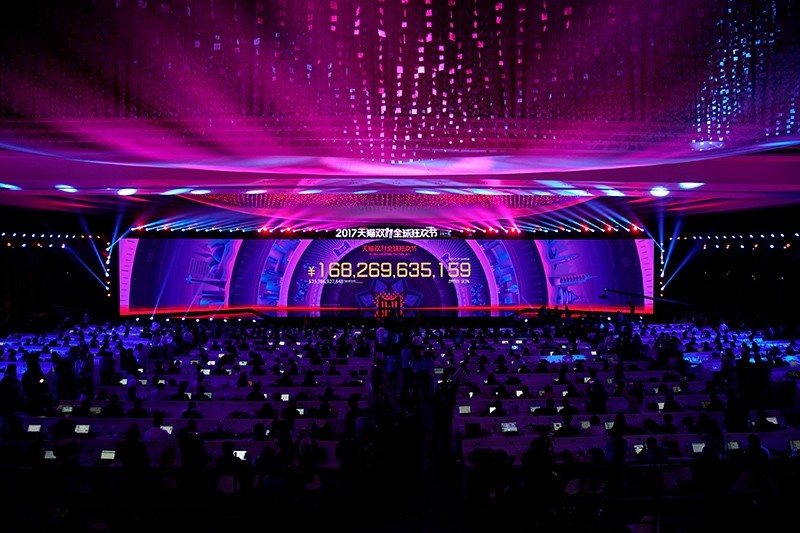 At the peak, 256,000 payments were being processed per second Saturday, the firm said, more than 90 percent of them placed via mobile.

The company's gross merchandise volume for its annual sales extravaganza known as "Double 11" representing November 11, came in at 168.3 billion ($25.3 billion), Alibaba said in a statement on its website.

The total sales were up 39 percent from last year's 120.7 billion yuan ($17.8 billion) — a milestone this year eclipsed in under 14 hours, according to Alibaba.

Analysts expect Chinese e-commerce retailers to take "Singles Day" — which originally celebrated the idea of being unattached -- abroad as growth rates slow in the years ahead.

"Alibaba looked to elevate this year's 11.11 from a shopping day to a virtual holiday," the company said in its statement, "complete with a motto — 'Wishing you a Happy 11.11' — that closely resembles the sort of greetings Chinese all over the world exchange at the Lunar New Year."