From catering to coding, jobs help survivors of slavery recover 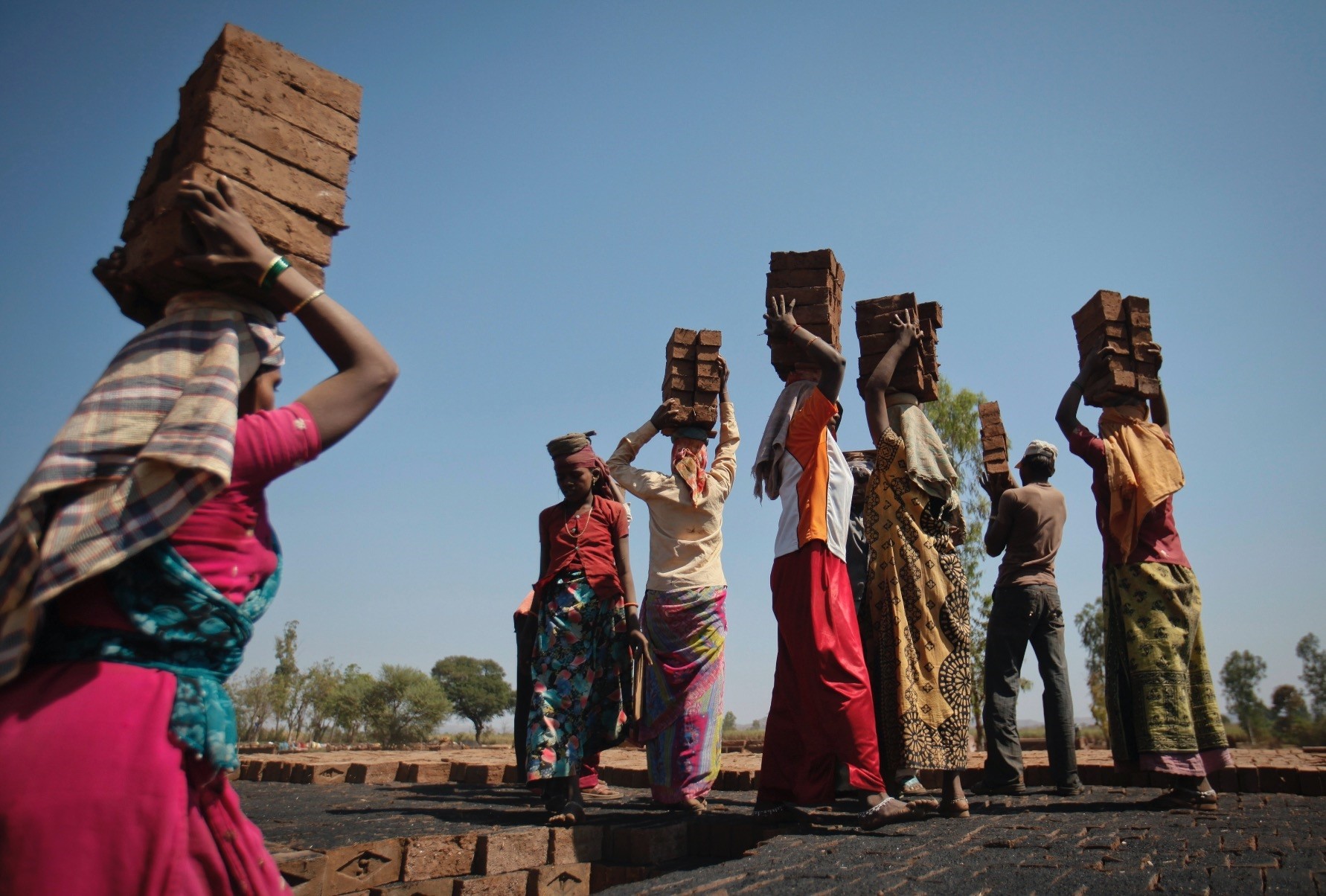 Anti-trafficking charity Impulse NGO Network helps girls and women trafficked from India to re-integrate into society by equipping them with the skills needed to enter the local job market or set up businesses.
by reuters
Nov 14, 2017 12:00 am

A growing number of companies and charities are helping former slaves rebuild their lives with work opportunities. More than 40 million people are estimated to be trapped in slavery worldwide

With modern slavery emblazoned in headlines around the world, a growing number of companies and charities are stepping forward to help survivors get something they desperately need - jobs. From making clothes and furniture in India to cooking, catering and even coding in the United States, such work opportunities are helping former slaves to rebuild their lives.

"Survivors of slavery see their own value and worth through work and their expectations change," said Paula Haines, executive director of Freedom a la Cart, a catering and box lunch company that trains and employs trafficking survivors. While no data exists on the number of victims who are freed, rescued or escape from slavery, more than 40 million people were estimated to be trapped as slaves worldwide last year, in forced labour, sexual exploitation and forced marriages. With the lucrative crime - worth $150 billion a year - ever-evolving and spreading, countries and charities are ramping up efforts to catch traffickers and provide support to survivors. But such help must go beyond just shelter and counselling, according to Hasina Kharbhih, founder of the anti-trafficking charity Impulse NGO Network, based in northeastern India. Impulse helps girls and women trafficked from India to reintegrate into society by equipping them with the skills needed to enter the local job market or set up businesses.

"If you don't provide rescued girls with skills and opportunities right away, they get frustrated and may end up being re-trafficked," Kharbhih said ahead of speaking at the Thomson Reuters Foundation's annual two-day Trust Conference.

"They come home and say: 'This is not what we expected - we need skills, we need jobs, we need money'," said Kharbhih, whose charity helps dozens of survivors each year find work in fields from cooking to clothing, in marketplaces, and as entrepreneurs.

However, for many survivors of slavery, the road from freedom to employment is long and arduous, campaigners say. They often suffer stigma, discrimination and trauma, and struggle to access counselling, healthcare and housing. Such hardships can put former slaves at risk of being re-trafficked, or even turning to criminality and enslaving others.

"People look down at survivors," said Jessica Graham of U.S.-based non-profit Survivor's Ink, that helps victims branded by traffickers get decorative tattoos to cover up their marks.

"They are victims," Graham added. "Survivors need more help, more support ... to find out how to lead a normal life."

And gaining a job does not signal the end of a survivor's recovery, said Phill Clayton of the British charity City Hearts.

"In reality, it is just the start," said Clayton, whose charity in March partnered with British supermarket Co-op to launch a first-of-its-kind employment program which aims to offer jobs to 30 victims of trafficking and slavery this year.

"Some people are at first very overwhelmed at work ... they may have panic attacks or mental health issues and have to take a break and seek help," he said, stressing the importance of providing survivors with constant support around their jobs. While many charities and companies seek to guide survivors through their first foray into the workplace, General Assembly, a U.S.-based organisation offering coding and data courses, wants to help those aspiring to go beyond entry level jobs. The company, which helps graduates get jobs in technology roles, has provided about 500 scholarships since 2015 to disadvantaged people including refugees and former prisoners, and plans to include survivors of slavery in the future.

"The first step for survivors is often a subsistence job, but they might get to a point where they ask: 'What is next?'," said Tom Ogletree, head of social impact at General Assembly.

"We are offering opportunities for people ready to get to the next level ... this is really aspirational," he added.

For 41-year-old Tawnya, the prospect of ever having a job or any career ambitions was unthinkable during the 20 years she spent living on the streets of Columbus, Ohio, as a victim of sex trafficking who was jailed several times for drug offences. But her life turned around three years ago, when she heard about Freedom a la Cart at a homeless shelter. Having started out part-time, she rose through the ranks to kitchen manager.

"I never thought I'd make it off those streets alive," Tawnya said. "I went from being homeless to having my own apartment, a car and a job. I finally have self-worth."