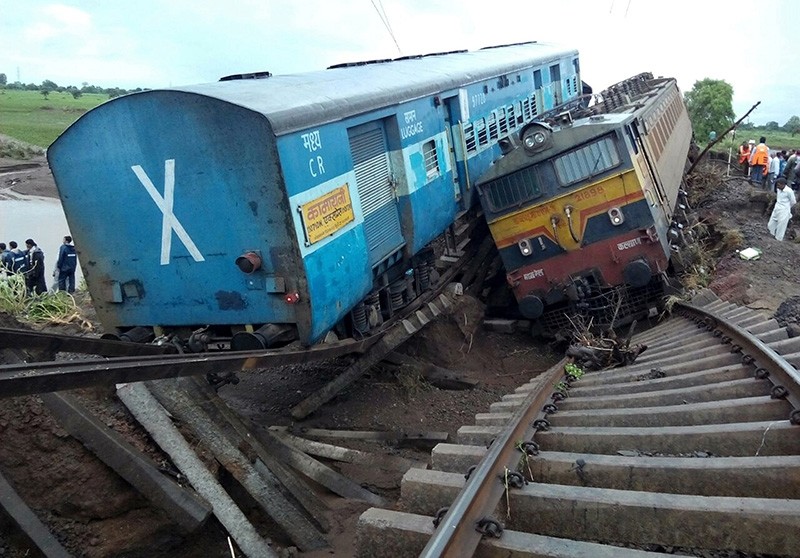 Two Indian passenger trains lay next to each other following a derailment after they were hit by flash floods on a bridge outside the town of Harda in Madhya Pradesh state on August 5, 2015. (AFP Photo)
by Anadolu Agency Nov 18, 2017 12:00 am

India has decided to use a Turkish-made broken rail detection system to prevent accidents, a Turkish engineering company's official said.

"India is a country that has one of the longest railways in the world. The lines are constantly being renewed and new lines are added to the existing ones. Due to their extensive usage, they need a fast, efficient and secure detection system", Gökmen told Anadolu Agency on Tuesday.

The system will initially be tested on a 50-kilometer (31 miles) rail line in India on the first quarter of 2018, and then be extended across the country.

Gökmen said that the system is "unique" because it is not affected by external factors and different climatic conditions.

"RailAcoustic" -- a system patented in Turkey, U.S., India, China, and Japan -- can perceive a fracture or breakage on the rails.