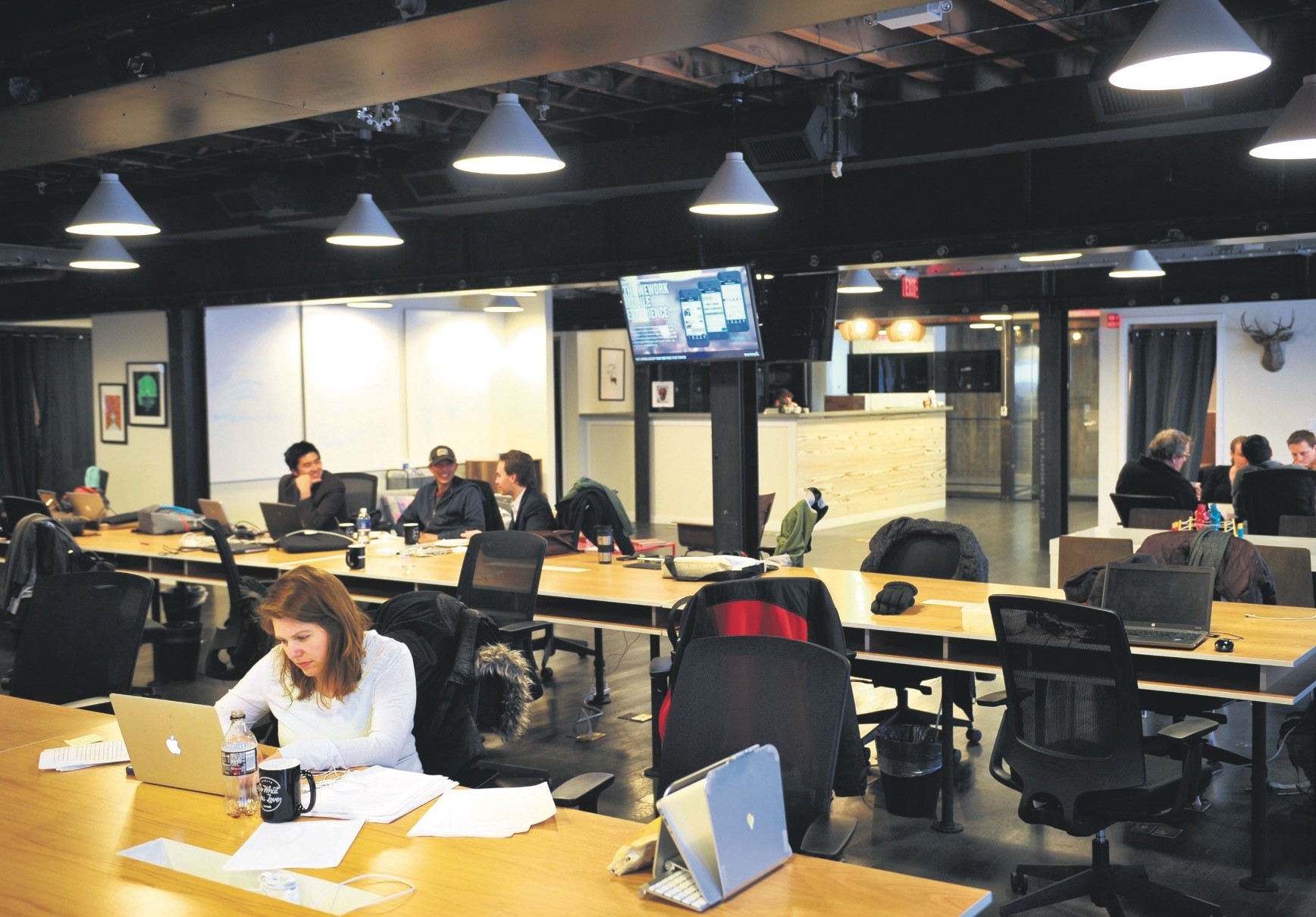 Going to the office isn't what it used to be. As more workers shift to on-demand and "gig" employment, the workplace has changed, and no company has capitalized on this more than WeWork. With free-flowing coffee, the smartly designed offices that have popped up in dozens of cities in some 20 countries have become coveted by small firms and freelancers in technology and other sectors. WeWork, with a whopping valuation by investors of $20 billion, has taken the lead in the co-working space and in the process is disrupting the office and real estate market.

"At WeWork, we want to create a world where people work to make a life, not just a living," says chief executive Adam Neumann, who co-founded the group in 2010 in New York with Miguel McKelvey. Those who rent desk space or enclosed offices at WeWork are not just

clients, they are members of a "community" under the WeWork credo.

Started in New York, WeWork has expanded to some two dozen U.S. cities and around the world in Brazil, Argentina, China, Japan, India, Ireland and Israel, among others, and claims more than 150,000 members. WeWork supplies an internet connection, cleaning service, a reception desk and more. In San Francisco, the $400 monthly rent offers a workspace in a shared office, while an enclosed office for several people may cost several thousand dollars.

The monthly deals can be particularly attractive to independent workers who don't want to make a long-term commitment. But WeWork also rents to employees of large firms such as IBM where regional offices are less convenient. WeWork's annual revenues have topped $1 billion, according to Neumann, amid speculation the group would launch a public share offering.

Steve King, analyst at Emergent Research, said WeWork's strength is building a sense of community, allowing its members to benefit from the network of co-workers from diverse sectors. WeWork offers a mobile application that enables users to contact other members, and be notified of events ranging from cocktail receptions to manicures. Expanding its mission, WeWork has begun a handful of "co-living" spaces that offer some of the same perks, and recently acquired the online social network Meetup - which keeps members apprised of events ranging from tech networking sessions to sporting events - and the Flatiron School, which provides online and offline classes and training.

But WeWork's most visible move came in October with the announcement it would buy the landmark Lord & Taylor store on New York's Fifth Avenue - vastly increasing its visibility with the historic building that will become its new headquarters, with expanded co-working space. As it ramps up its business, WeWork defies categorization.

WeWork has risen to the top of a crowded field of co-working rivals, and earlier this year got a $4.4-billion capital infusion from Japan's SoftBank Vision Fund. The WeWork model has yet to be tested in a weak economy, and King points out the model carries some risk because WeWork has to buy real estate or sign long-term leases for its space while renting to members on short-term deals. WeWork's head start however could help it be more resilient, the analyst noted.

"They always argued that WeWork creates network effect, which is the more members they have, the more valuable they are," King said.