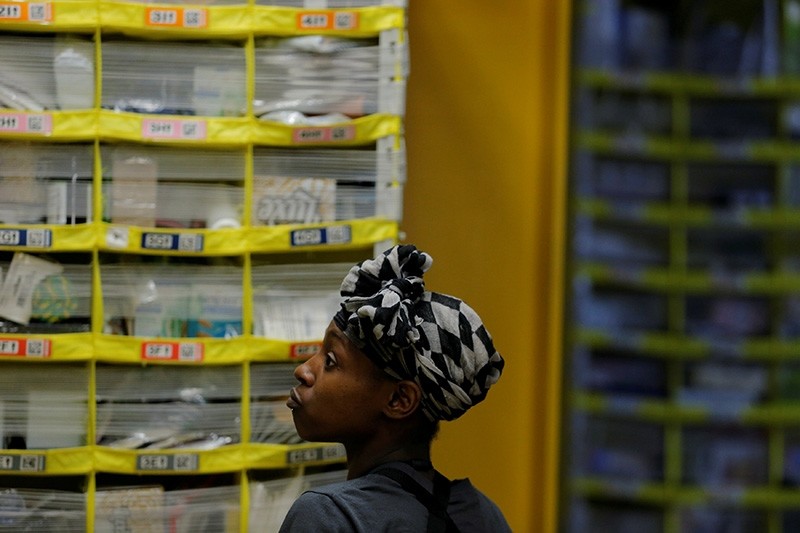 A teenage girl in the U.K. discovered a "help me" note inside her Amazon Christmas delivery, which her family promptly reported to the e-commerce giant.

According to her mom, the 13-year-old found the words "Help me please, PMP staff are evil," scribbled on the invoice for a makeup advent calendar.

PMP is a recruitment agency used by Amazon to hire employees at distribution sites.

"I want to know if it's a prank or if they have people in sweatshops," said Kim Dorsett of Bolton, Greater Manchester.

"My other half ordered the calendar as a present. He ordered a note in it saying 'love from mum and dad."

"We asked April 'have you read the note?' and she said 'do you mean this one?'"

"That's when we saw it. I thought 'this isn't right.'Then I thought it must be a prank and I was overreacting, but then people pointed out all the stories about Amazon lately," Dorsett told the Sunday Mirror.

PMP responded to the note, saying it was not "an accurate or fair representation" of employees at the warehouse, though both the recruiting agency and Amazon have opened investigations into the incident.

The finding comes one week after an investigation by Sunday Mirror exposed deplorable working conditions inside a huge Amazon warehouse in Tilbury, Essex.

The probe found employees were falling asleep on their feet, due to exhaustion from unachievable workloads.

Packers at the warehouse worked up to 55 hours per week at a wage of £8.20 per hour. A package must be packed and ready every 30 seconds, and employees are rewarded a small bonus for preparing 120 packages in an hour, according to Sunday Mirror.

Employees also told investigators their toilet breaks were monitored and they were not allowed to leave the building except on scheduled breaks.

Amazon refuted the claims, stating they were "inconsistent with [the experience of] the many thousand we employ all over Britain."