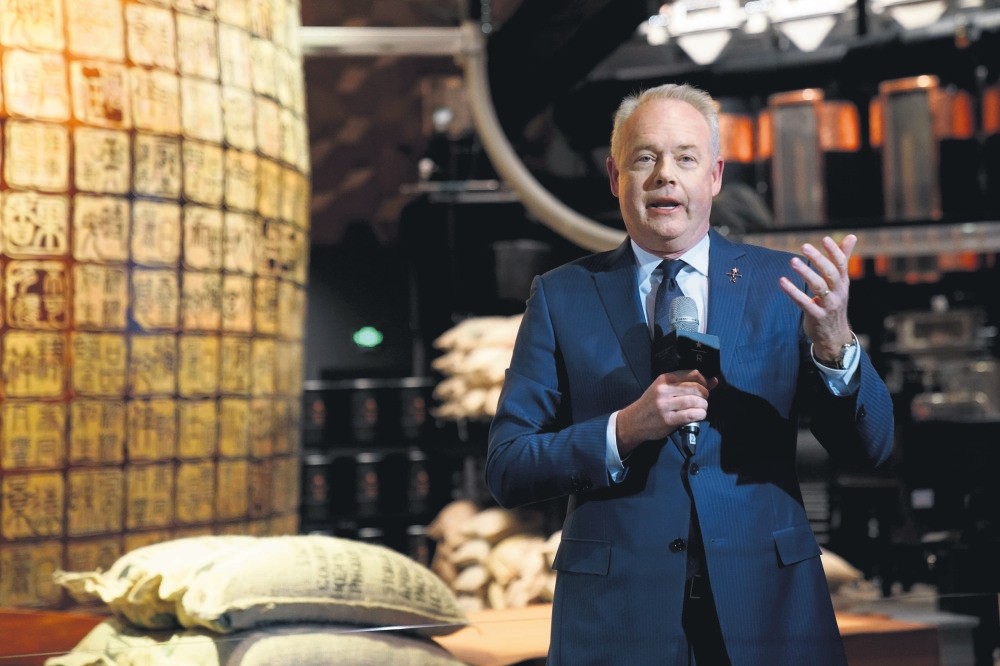 In Wu Qiong's small cafe in downtown Shanghai, coffee beans nestle in glass jars on the bar while various brews bubble away behind the counter. The cafe - one of thousands of trendy, artisan coffee shops in the city - reflects a growing cafe culture in China that's driving growth for chains like Starbucks Corp and attracting more competition.

"There are many more choices for consumers in the coffee market here now," said Wu, 35, who set up the store with her boyfriend this year, the couple's second outlet. "People can choose chains or go for specialist coffee stores."

Starbucks dominates in China and is growing fast in the market, while in the United States it comes under pressure from a "third wave" of boutique coffee sellers and cheaper rivals. Executive chairman Howard Schultz, speaking at the launch of Starbucks' first overseas "Reserve Roastery" - an opulent flagship store with gourmet coffees and a bakery - said China was on track to be "bigger, more powerful and more significant" than the firm's U.S. business. "With the rising middle class and the opportunity in China, the market is going to be much larger here," he said, adding Starbucks was looking to hit 10,000 outlets in China within a decade, catching up with the United States in terms of stores. The firm held a 54.8 percent share of China's 25.2 billion yuan ($3.81 billion) specialist coffee shop market last year, far ahead of rivals like McDonald's Corp's McCafe and Whitbread Plc's Costa Coffee, Euromonitor data show. Unlike in the United States, Starbucks' challenge in China has been winning over traditional tea drinkers to coffee, rather than fending off local rivals. That could be changing.

Shanghai alone has an estimated 6,500 coffee houses, with small chains, independent stores and bakeries battling for a slice of a market that Mintel says could grow to 79 billion yuan by 2022 from 60 billion yuan this year. Convenience stores, which already offer hot food popular with breakfast crowds, are also rolling out coffee.

"There are a lot of new players and the cake is getting bigger," said Lawrence Ge, founder of Single Patch Coffee, who runs coffee workshops and cafes in Shanghai and Suzhou. International coffee chains are now looking to get in on the act, too - despite Starbucks having a big head start. Peet's Coffee, a craft chain that rivals Starbucks at home, opened its first China store last month, and has brought in local help from investment firm Hillhouse Capital and Sam Su, ex-China head of Yum Brands Inc, who drove impressive growth for KFC and Pizza Hut in China.

"China is top of my priorities for 2018," Pascal Heritier, chief operating officer of Italian coffee company Massimo Zanetti, told Reuters, adding the firm, which sells Boncafe and Segafredo coffee, was in talks with local partners about expanding its presence.

"It's not only for us, but the whole industry. It's something that is booming... So for actors in the coffee industry, China will be a country to look at in the future."