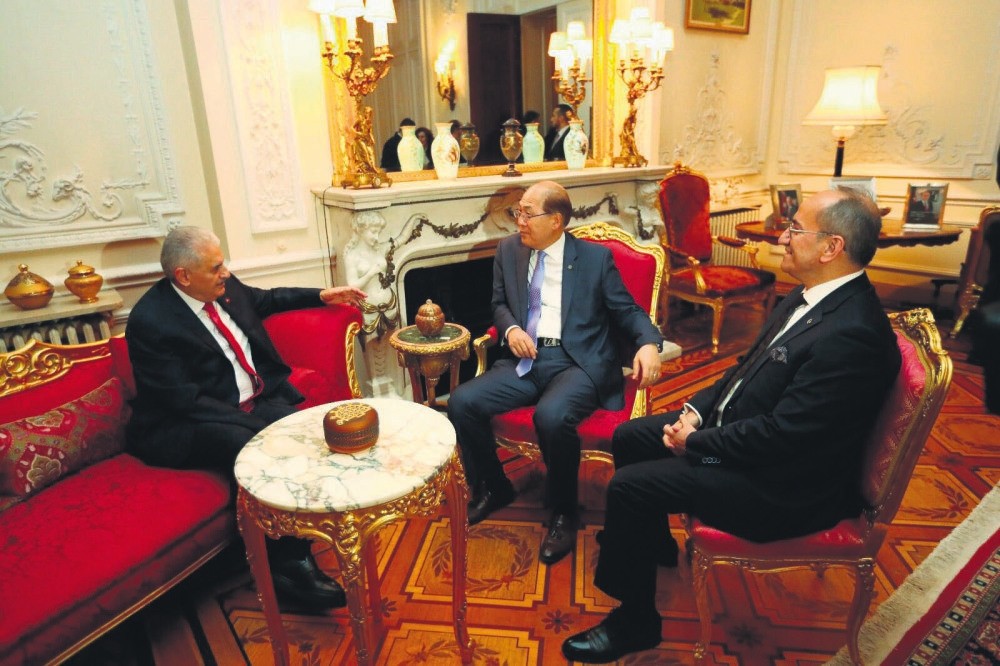 Turkey has been re-elected as a member of the Assembly of the International Maritime Organization (IMO) on Saturday during the 29th General Assembly meeting held in London, receiving 137 votes among 157 countries. Its membership will contribute to the work and advancement of the IMO, the statement issued by the Turkish Foreign Ministry said, as the country's "strong position in technical issues is expected to be advanced in return."

The Assembly of the International Maritime Organization (IMO) re-elected Turkey to its 40-member council Saturday during a voting session held on Dec. 1.

According the statement issued by the Turkish Foreign Ministry, Turkey was re-elected as a member of the International Maritime Organization Council during the 29th General Assembly meeting held in London, receiving 137 votes among 157 countries and leaving behind Malta, Mexico, Belgium, Denmark and South Africa.

"Turkey being a member once again has reinforced our strong position in technical issues, such as U.N. maritime safety and security and the prevention of marine pollution," the statement said.

Turkey's membership in the council will contribute to the work and advancement of the IMO thanks to its resources and capabilities alongside its knowledge and experience in the field, it said.

Turkey's re-election to the IMO Council came after Prime Minister Binali Yıldırım's visit to the U.K. on Nov. 27. As part of his visit, the prime minister participated in a reception at the IMO Headquarters and delivered a speech. Yıldırım also held a meeting with the IMO Secretary-General Kitack Lim.

The member countries are categorized in groups A, B and C in accordance to their fleet size and commercial volume. Turkey has been in category C since 1999.

Turkey joined the IMO on July 25, 1956 and served as the president of the General Assembly between 2013 and 2015 as permanent representative of the organization.

The IMO Council is the executive organ of the IMO, which is the U.N. specialized agency responsible for the maritime safety, security and protection of the marine environment.

The council members are scheduled to elect a term chairman and deputy chairmen at a meeting on Dec. 7.

In 2013, Turkey successully completed the Voluntary Member State Audit Scheme of the IMO and Turkish-flagged ships are classified as low-risk in Paris Memorandum of Understanding.

Over the last 15 years, Turkey has significantly expanded its maritime operations. During that time, the number of shipyards in the country went up from 37 to 79 while the amount of load handled at Turkish ports hit 430.2 million tons - up from 190 million tons.

In terms of maritime trade, a sectorial report by the Ministry of Transport, Maritime Affairs and Communication showed that import and exports using maritime routes in 2016 rose by 108 and 106 percent respectively from 2003. The report also predicted that the share of maritime transportation in foreign trade will increase by 117 percent by the end of 2017.