Jordan's plan of shiny city in the desert met by skepticism 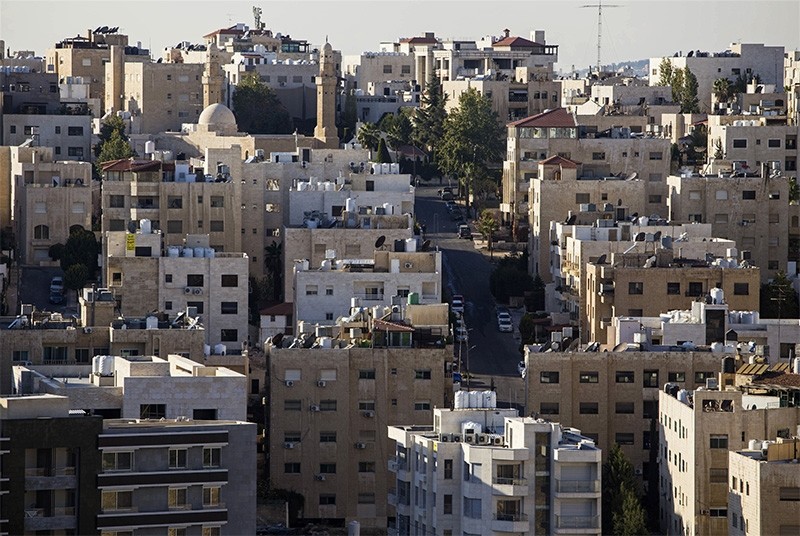 A shiny new city is to arise from Jordan's desert over the next three decades, potentially rivaling the kingdom's capital of Amman, a rapidly growing and increasingly unwieldy metropolis of 4 million people.

Announcing plans for what it portrays as a high-tech utopia, Jordan joined other Middle Eastern countries betting on multimillion-dollar mega projects as an investment magnet and quick economic fix.

Yet some urban planners warn that "cities from scratch" are risky endeavors and argue it's more efficient to improve existing cities.

In Jordan, the government promises the yet-to-be-named city will draw population away from Amman, relieve its crippling traffic jams, provide middle-class housing and inject momentum into a sluggish economy plagued by high unemployment.

But authorities have released only snippets of information since the prime minister mentioned the new city for the first time, seemingly casually, in a meeting with local journalists in late October.

This perceived secrecy and "top-down" approach has drawn widespread criticism.

Few Jordanians have shown much enthusiasm, even among Amman residents who complain constantly of the city's traffic. Some suspect the new city is largely meant to benefit Jordan's powerful and their business cronies. Government officials deny that.

This week, Amman Mayor Yousef Shawarbeh defended the rocky rollout in a meeting with business people, diplomats and representatives of the energy and environmental sectors, many of whom seemed skeptical.

"The topic hasn't been fully studied yet," the mayor said when pressed for details. "When we conclude the studies, we will announce plans and have clear roles for government, citizens, investors and so on."

Shawarbeh insisted that Amman would not be neglected as Jordan, buckling under record public debt, shifts scarce resources to the new project. "The new city is not a new Amman," he said. But it is needed, he argued, to relieve pressure on the capital.

Amman was a hamlet just a century ago and is seen as an upstart among the region's ancient cities, such as Baghdad and Cairo. Today, Amman is home to more than 40 percent of Jordan's population of 9.5 million.

Almost every hour of the day is rush hour and urban sprawl is rapidly devouring precious green areas. Districts of mid-rise, sand-colored residential buildings spread over hills and valleys, with a few high-rise towers marking the city center.

Rapid growth has been driven by an influx of hundreds of thousands of Palestinian, Syrian and Iraqi refugees in recent decades.

It is also linked to accelerated urbanization across the Middle East and North Africa, where populations flock from underdeveloped rural areas into cities looking for greater job opportunities. By 2050, more than two-thirds of the region's anticipated 646 million people will live in cities, compared to 56 percent of 357 million people in 2010, according to U.N. projections.

In the past two decades, some two dozen new city projects were announced in the Middle East. About half remain "power point cities" existing only on websites, said Sarah Moser, an urban geography professor at McGill University in Montreal. Others are well behind schedule.

"I would suggest Jordan proceed with caution," Moser said.

Jordan's new city would be built about 30 kilometers (19 miles) east of Amman on a desolate desert plain flanked by roads leading to Saudi Arabia, Iraq and — in the future — the country's main airport. It's to be built as a public-private partnership on state land, with first tenders to be submitted by mid-2018.

Officials have said little about how it will look other than describing it as a "smart city" running on renewable energy and boasting public transport. Eventually it would cover 390 square kilometers (150 square miles), an area a little smaller than the borough of Queens in New York City.

The first phase is to be completed by 2030 and the entire project by 2050, but the government has not announced a target population size. Many government departments and public institutions are to relocate there, it said. Housing cooperatives of civil servants, professionals and former members of the security forces would be able to build in the new city.

Some suspect that the urban construction plans are largely meant to distract from economic problems, including tax hikes and further subsidy cuts, including for bread. "It makes people busy with a long-term vision" at a time of painful fiscal decisions, said political analyst Amer Sabaileh.

Critics also predict it will sap any development in Amman and Jordan's other cities, chaotic and decidedly not high-tech and gleaming.

"Our cities should be developed, instead of building another one," said Maram Tawil, an urban planning professor at the German-Jordanian University in Amman.

Tawil called on city planners to look for strategic solutions, saying that if Amman keeps growing at the current uncontrolled pace, "it will be impossible to live in."

If it's business as usual, then "a new Amman will be needed," she said.