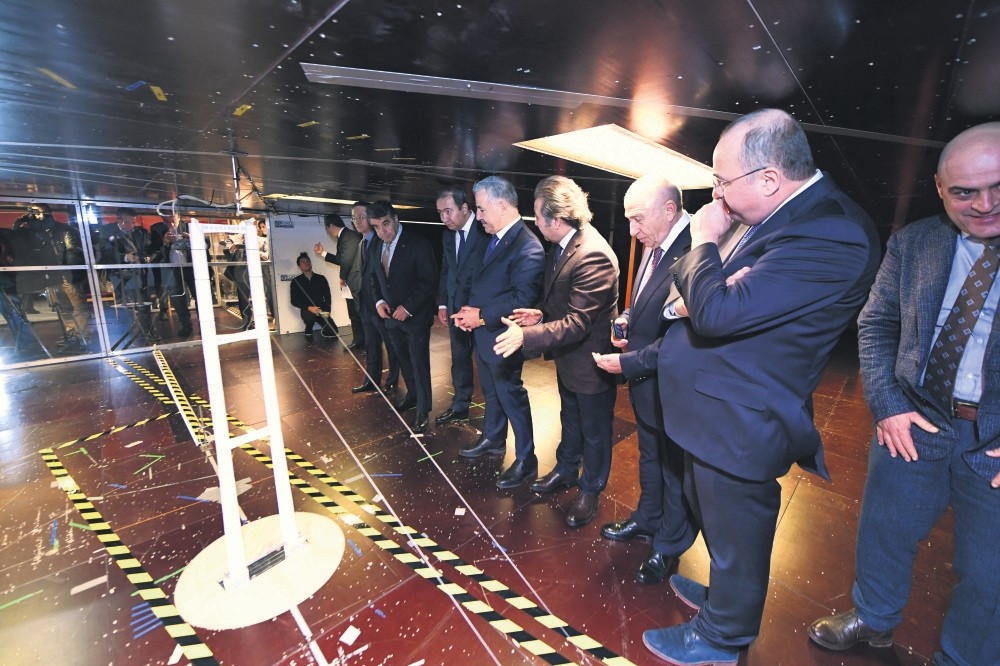 Transport, Maritime Affairs and Communications Minister Ahmet Arslan said yesterday there were many companies from Turkey and abroad interested in a national high-speed train.

During his visit to Copenhagen, where he attended the Çanakkale 1915 Bridge's Tower Wind Tunnel test, Arslan said they made headway regarding the production of national and domestic locomotives and railway cars. He said the preparations for the mass production of domestic and national electric train cars (EMU) continue in Adapazarı and that the serial production of the railway cars started.

Arslan said the new bidding for the national and domestic high-speed trains will be held next year, adding that at least 70 percent of the 96 sets are to be produced nationally and domestically with a gradual cooperation.

Arslan noted that within the framework of the Industrial Cooperation Program, there are many companies interested in the prospect, both in Turkey and abroad.

"Considering the cooperative framework they have established, companies are ready for collaborations and participation in the project in terms of establishing factories in Turkey in this regard, and achieving the national and domestic production target of above 70 percent," Arslan said. "We are excited about this and will get better results than we expected in the short term because the sector is ready for this."

Moreover, Minister Arslan also announced that the rail system, previously designed to run through the middle of the Three-Story Grand Istanbul Tunnel, will be moved to the third level, while the top and middle sections will be used for rubber-wheeled vehicles.

Noting that the metro system, which will start from İncirli and reach Mecidiyeköy on the European side, will later be connected to both the Kadıköy-Kartal line and the Marmaray from Söğütlüçeşme on the Anatolian Side, Arslan said it will be also be integrated into nine different rail systems on the same line, thus ensuring the integration of the rail systems used by 6.5 million people on a daily basis.

Minister Arslan said the documents will be ready in a couple of months, and that they will launch the bidding process to be held with the build-operate-transfer model.

Arslan said the bidding for the Three-Story Grand Istanbul Tunnel will be held in early 2018.

Arslan informed that the Environmental Impact Assessment (EIA) will be finalized regarding the route to be determined following the studies, thus enabling the initiation of the bidding process.

Pointing out that Environmental Impact Assessment (EIA) processes are simultaneously carried out, Arslan noted that though it seems like they are only working on one route according to the information on the Ministry of Environment and Urbanization's website, studies will be conducted on five routes, including the EIA process.

Stating that three islands will be built between the Black Sea and Marmara Sea, as well as reclaimed lands for the port and free zone, Arslan said these studies will be clarified with the preparation work.

Arslan said the $15 billion project is of great importance in terms of protecting and saving the Bosporus from possible dangers.

Meanwhile, the tests for the Tower Wind Tunnel test for the Çanakkale 1915 Bridge was reported to have gone successful in Kopenhag Thursday.