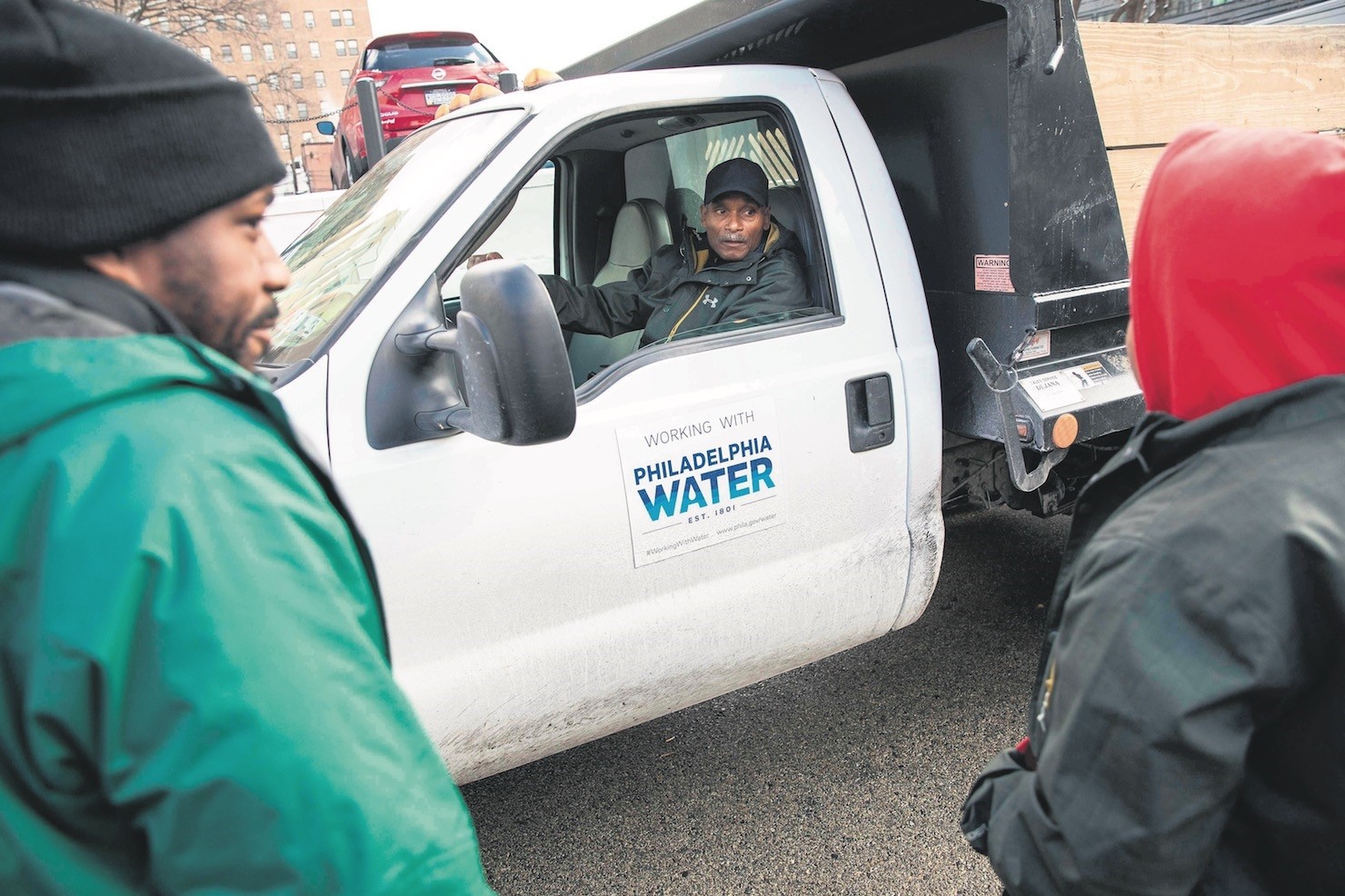 Derek Hobbs speaks with his employees during his shift at the University City District neighborhood partnership in Philadelphia.
by Dec 18, 2017 12:00 am

A few years ago, Derek Hobbs could not find a job. He had three strikes against him: His age, 55, a criminal record and a drug addiction that kept him out of the formal workforce for more than 25 years. When he decided to turn his life around, most employers dismissed him without a thought. Determined to succeed, Hobbs turned to an innovative program specializing in matching people facing employment challenges, to available jobs.

"They actually give people with those strikes against them a chance," he told AFP.

Hobbs is just one example of a growing problem in the U.S. economy: Companies unable to find workers with the right skills to fill open positions and workers who cannot find a job because they have the wrong skills. The program Hobbs attended is in an impoverished area of Philadelphia, the neighborhood featured in the popular Will Smith sitcom from the 1990s, "The Fresh Prince of Bel-Air": An area so dangerous his mother sent him to live with wealthy relations in California. The West Philadelphia Skills Initiative (WPSI) is unique among employment training programs. It has a hyper-local focus, with workers coming solely from the area known as University City, and it trains workers for jobs that already exist in the area. This 2.4-square-mile area houses two prestigious universities, research hospitals and numerous businesses. But 31 percent of residents live below the poverty line. While Hobbs had a good work history as a young adult, "from the early 90s through 2012 I was an addict," he told AFP.

With the U.S. economy creating new jobs at a solid

pace of close to 175,000 a month, and with unemployment at 4.1 percent, lower than it has been in 17 years, companies nationwide complain they cannot fill openings, even for jobs that do not require advanced skills. The country has over 6 million unfilled jobs, the most since the government first began collecting data in December 2000, and yet many workers have given up looking and left the workforce, or are working part time because they cannot find a full-time position. The typical response when workers are hard to find is to raise wages and benefits, but wage growth has been stagnant or tepid at best, just slightly higher than inflation. Economists disagree on the primary cause of this mismatch between skills and available jobs - and some say companies simply need to raise wages to attract older or discouraged workers back into the labor force. But new programs have sprung up to resolve the disconnect. Traditional unemployment and retraining centers offer courses in things like computer skills, and then send workers out into the market in the hope they will find a job.But more programs like the WPSI are being developed to give workers the exact skills employers need. Many partner with community colleges to tailor the training to specific fields where openings already exist, such as nursing and health care.