End of an era: Boeing 747 takes last US commercial flight 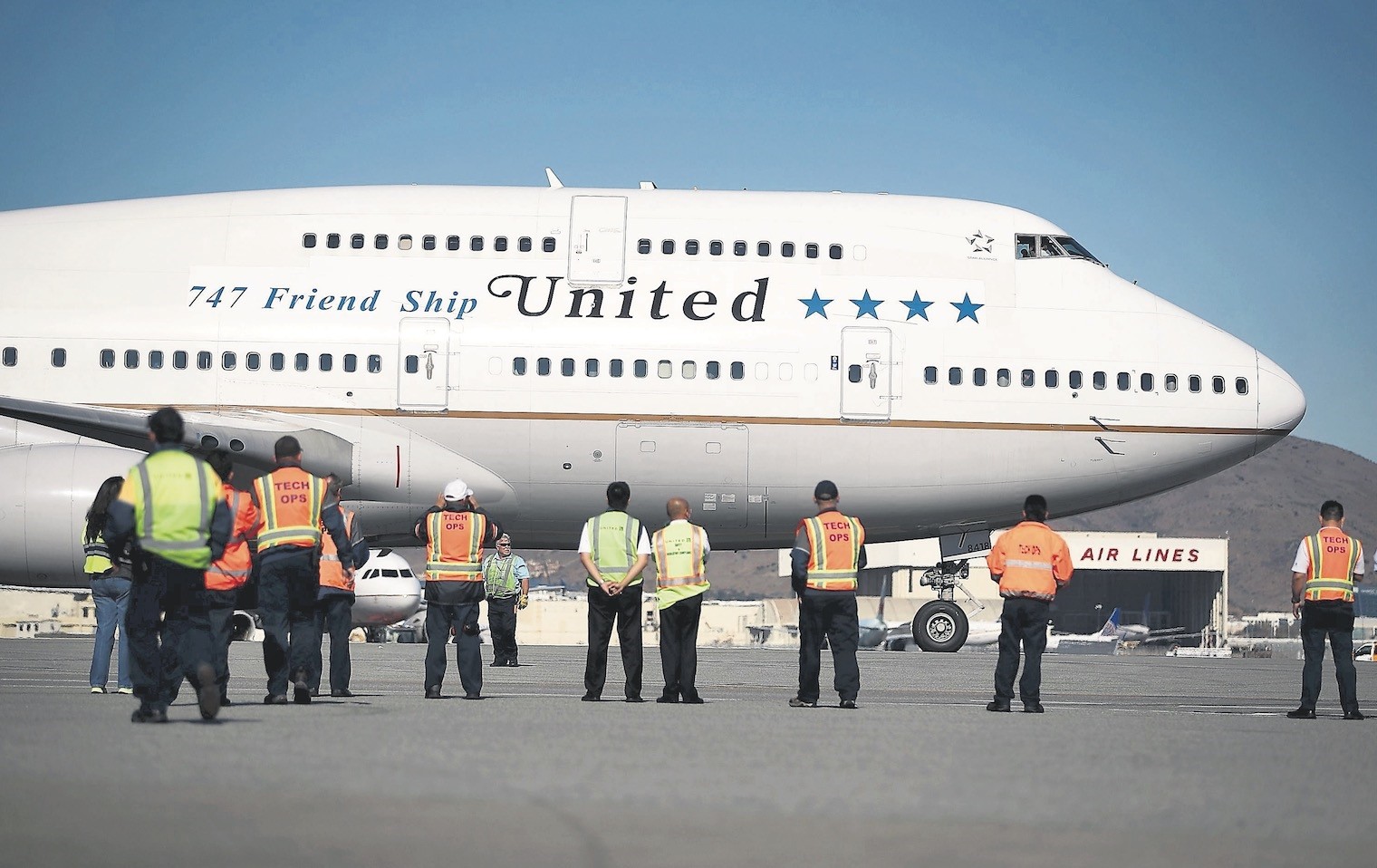 The original jumbo jet, the Boeing 747, a favorite of American presidents and key to affordable mass market air travel in the United States, will pass into aviation history this week

Nearly 50 years after its debut, the Boeing 747 will take its final commercial flight with an American carrier Tuesday on Delta Air Lines' Seoul-to-Detroit route. It "made flying available for everyone," Boeing chief company historian Michael Lombardi said of the iconic jet. "The 747 gave wings to the world."

Aerospace consultant Michel Merluzeau said the plane changed travel. "All of a sudden, you could go from Singapore to London in less than 24 hours. It made everything more accessible."

Delta's sendoff for the storied aircraft includes special flights on Wednesday for employees and top customers. Ticket prices for these "farewell tour" flights have soared owing to demand from nostalgic consumers. The 747 will still be in the skies for Lufthansa, British Airways and Korean Air Lines. And Boeing will also build the jet as a freight carrier and for a few unique clients, including the U.S. president, who has used a specially-outfitted 747 as Air Force One since 1990. But the American aerospace giant has been shifting to more fuel-efficient models for commercial travel.

"The 747 was a major milestone in the history of flight," said Bob Van der Linden, curator of the aeronautics department at the National Air and Space Museum at the Smithsonian Institution in Washington.

"It's big, very comfortable, beautiful, it has a staircase on it," Van der Linden added. "It's a symbol of economic power."Nicknamed the original "jumbo jet" because of the huge hump, the plane is able to carry upwards of 600 passengers. Its origins date to the early 1960s when Boeing's then chief Bill Allen was approached by Juan Trippe, head of now-defunct Pan Am Airlines, to build a bigger plane to address the growing problem of airport crowding. Boeing was originally considered a double-decker aircraft, but the companies concluded that it would be difficult to evacuate passengers in case of an emergency, opting instead for a twin-aisle "wide body" design. The next challenge, Lombardi said, was to commit enough resources to the program at a time when Boeing was already building other aircraft such as the 707 and the new 727, while also working on the Apollo space program. Lacking construction capacity to manufacture the new behemoth, Boeing built a new assembly plant in the northwestern state of Washington.

"There is always a calculated risk launching a new commercial plane," Lombardi said. "The customer was interested and the leader here at Boeing saw that there was a future for this plane." Since its debut in February 1969, more than 1,500 of the 747s have been delivered and 500 are still in service, according to Flightglobal Ascend. As it began to phase out the 747, Boeing has downsized its aircraft. The 777, introduced in 1995, is smaller, seating up to 550 and requires less fuel because of its two engines.

"There will be just a handful moving forward. Things we do for VIPs, things we do for the president, military operations, but we don't see a significant demand for passenger 747s."