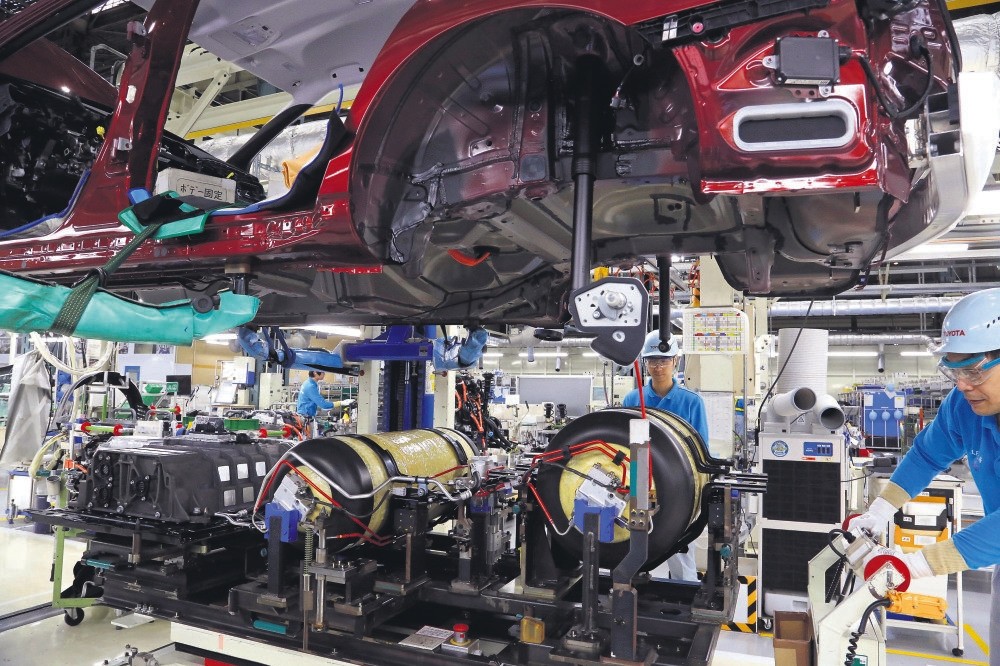 Japan's exports rose 16 percent in November from a year earlier driven by robust overseas demand for cars and manufacturing equipment that is helping to sustain the longest economic expansion in more than 15 years.

Customs data released yesterday showed the trade surplus for the world's third-largest economy slipping 23 percent from the year before to 113.4 billion yen ($1 billion), however, as imports jumped 17 percent thanks to a surge in purchases of crude oil and natural gas.

Exports to China surged 25 percent, helping drive a 20 percent increase in exports to all of Asia. Shipments to the U.S. were up 13 percent, while exports to Western Europe climbed 17 percent, led by a 27 percent jump in exports to Germany.

Japan's trade surplus with the rest of Asia jumped nearly 26 percent last month, to 439 billion yen ($3.9 billion), with double-digit year-on-year increases to all countries in Southeast Asia. Japanese companies have focused on expanding in that increasingly affluent market of more than 600 million people.

Trade values will likely weaken due to a strengthening in the value of the Japanese yen, Marcel Thieliant of Capital Economics said in a commentary. "However, the export climate index was the highest in nearly three years in November and suggests that export volumes will continue to rise strongly," he said. Japan's economy expanded at a 2.5 percent annual pace in July-September, the seventh straight quarter of growth and the longest period of expansion since 2001.