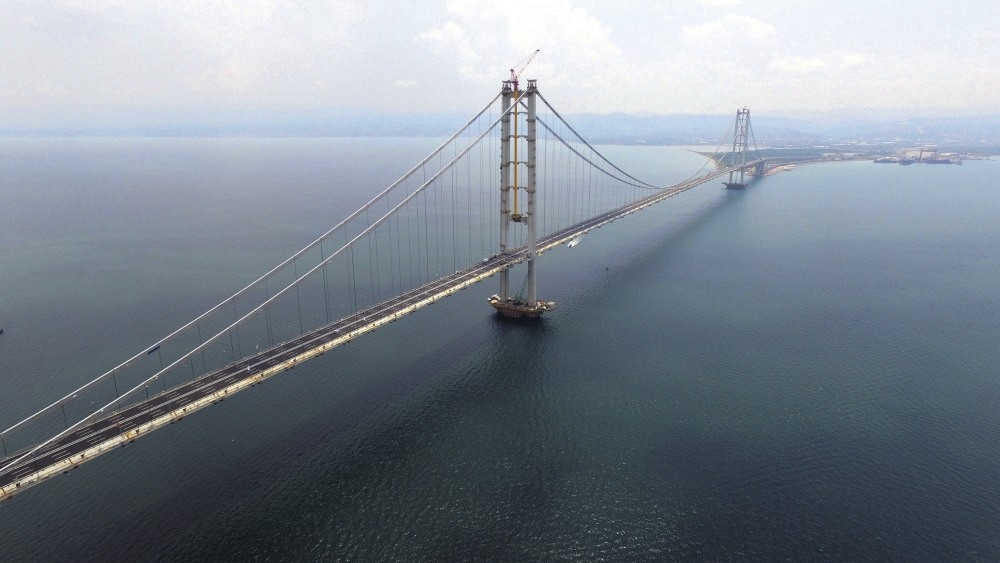 Over the last one-and-half decades, the public investments in the transportation have seen a profound increase, reaching $144 billion allocated to road, maritime, railway, aviation and communication

Transportation has been one of the sectors to receive a large portion of Turkey's investments, whether public or private. Not only have these investments increased the quality of life in Turkey, but they have also boosted the Turkish economy with a contribution to economic growth and increased employment figures. Over the last one and half decades, covering the period spanning 2003 to 2017, the government has made a total investment of $144 billion in road, air and maritime transportation, marking a grand transformation of the sector in the country.

In the last 15 years, the amount of public investments in road infrastructure totaled $76 billion, while railways received $22 billion in investments. Moreover, airway infrastructure has been allocated some $9 billion and maritime transportation received $2 billion. On top of this, the government has invested $35 billion in the communications sector.

The impact of all these investments to gross domestic product (GDP) is calculated at $286 billion. In addition to contribution to growth, the infrastructure investments have also boosted the employment by creating 639,000 jobs.

Turkey has witnessed a revolutionary transformation in railway transportation with high-speed trains. Before the mobilization of transportation investments, a budget of TL 488 million ($127 million) was allocated to railways. Today, the government makes a TL 14 billion investment in the sector. According to the data provided by the Ministry of Development, an aggregate amount of TL 66 billion was invested in railway construction.

Furthermore, the investment also positively affected the environment as 3,000 tons of paper and a total of 50,000 trees were saved, while 782,000 tons of carbon dioxide emission was also observed.

The investments in the aviation sector also significantly increased the capacity to serve passengers, as now the country's airports serve approximately 180 million passengers per year in both domestic and international flights, while the number was 34.5 million before the initiative to expedite aviation investments and increase the number of airports to 57.

This year, the number is expected to reach 195 million. In 2016, the turnover of the aviation sector reached TL 70.24 billion, according to a report by the Ministry of Transportation, Maritime Affairs and Communication.

As for the road infrastructure, 42 tunnels of 87 kilometers were constructed in order to increase the operational efficiency of roads. Moreover, during 2017, 57 bridges and viaducts have been completed.