German Ryanair pilots to strike for 1st time on Friday 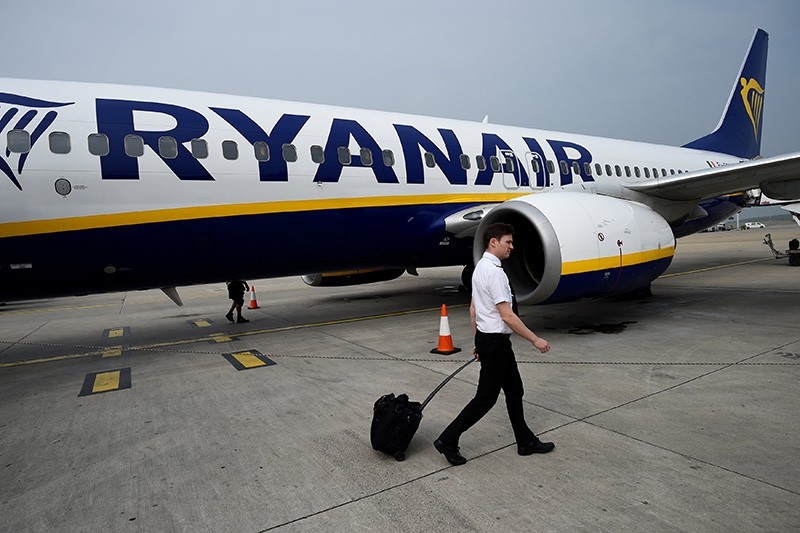 German Ryanair pilots will strike for the first time on Friday, union leaders said, dialing up the heat in a Europe-wide battle for recognition from the no-frills airline ahead of the busy holiday period.

Germany's powerful Cockpit union said pilots would hold a four-hour "warning strike" at German airports from 5-9 a.m. (0400-0800 GMT) after initial talks with the Irish carrier were canceled at short notice.

"All pilots directly employed by Ryanair will be called to strike," Cockpit said in a statement Thursday.

If the call is heeded, it will mark the first industrial action by Ryanair pilots in the company's 32-year history.

Germany's Cockpit (VC) said Ryanair broke off the first scheduled talks this week because it objected to two of the five union members at the table, which it said proved the company had "no desire to enter into constructive negotiations".

It accused Ryanair of playing for time to avoid upheaval over the hectic Christmas and New Year period.

"Ryanair's public offer to conduct negotiations with VC can only be classified as a further publicity stunt," said Ingolf Schumacher, head of Cockpit's industrial department.

The move eased tensions but unions warned that strikes remained an option if the Dublin-based carrier was not serious about the discussions.

Just hours before the German strike call, Ryanair was able to stave off year-end travel chaos on home soil after clinching a deal with Ireland's Impact union.

The union there said the danger of industrial had "receded for the present" after Ryanair agreed to formally recognize Impact as the representative for the airline's pilots.

But it cautioned that it expected management to reach agreement on procedures quickly so that the parties could move on to negotiate "substantial issues" around pilots' pay and working conditions.

The next round of talks is scheduled for January 3.

In Germany, Cockpit said it regretted the travel disruptions and urged passengers to contact Ryanair about the impact on flights.

"In the history of the VC, there has never been a case in which the collective bargaining autonomy has been trampled on by an employer as it is now the case with Ryanair," it added.

The statement did not say how many pilots were expected to walk off the job on Friday nor how many flights would be affected.

Cockpit did not immediately respond to AFP requests for further information.

Ryanair's decision to move towards trade union recognition marks a historic turning point, given that pugnacious boss Michael O'Leary -- in charge since 1994 -- had vehemently opposed any union representation for staff.

But he came under increasing pressure after the airline was forced to cancel 20,000 flights through to March because of botched holiday scheduling.

The fiasco triggered pilots' demands for better working conditions and representation, with some departing for other carriers.

The Italian union Anpac said it planned to meet with Ryanair representatives in Rome in January.

Ryanair, Europe's second-largest airline by passenger numbers, has set itself the goal of transporting 200 million passengers annually by 2024.

Despite the recent troubles, it still expects to deliver annual profits after tax of 1.40 billion-1.45 billion euros ($1.65 billion-1.71 billion).