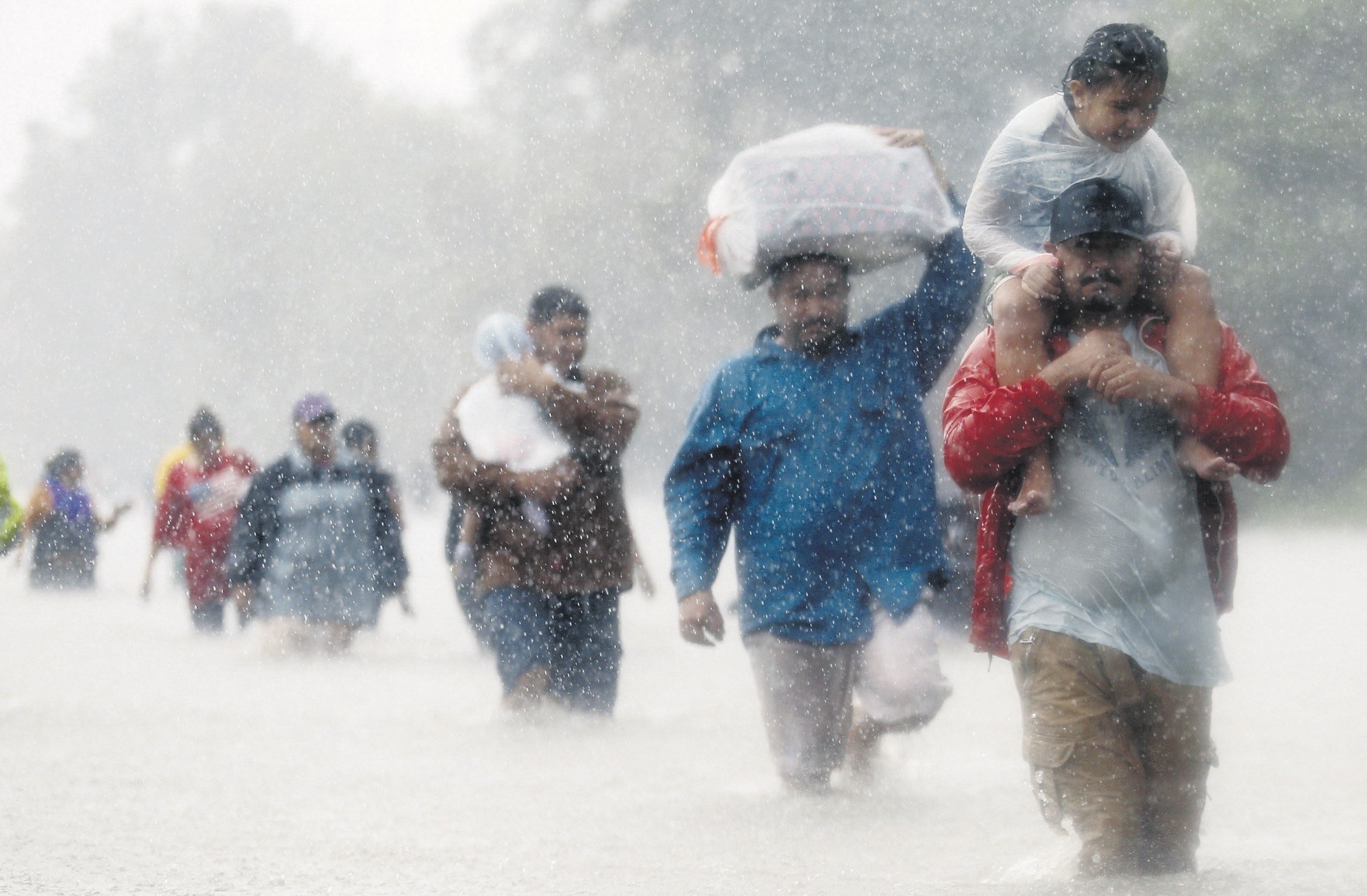 Hurricanes and fires have pushed the global financial costs of disasters to $306 billion this year, with the U.S. hardest hit by hurricanes, making 2017 the second-costliest hurricane season on record

Total economic losses from natural and man-made disasters have soared by 63 percent to strike an estimated $306 billion in 2017, reinsurance firm Swiss Re said. "The US was hardest hit, including by hurricanes Harvey, Irma and Maria, which have made 2017 the second costliest hurricane season" after 2005, the company said. Despite the rising financial cost of disasters in 2017, the cost in terms of lives held steady, according to AFP.

"Globally, more than 11,000 people have died or gone missing in disaster events in 2017, similar to 2016," Swiss Re said. Its preliminary estimates for the amount of insured losses from natural and man-made disasters around the world is approximately $136 billion. This is "well-above the annual average of the previous 10 years, and the third highest since... records began in 1970," Swiss Re. The reinsurance firm -- which provides insurance to insurance firms -- said that insured losses from disasters have exceeded $100 billion in several years.

"The insurance industry has demonstrated that it can cope very well with such high losses," said Martin Bertogg, head of catastrophe perils at Swiss Re.

"However, significant protection gaps remain and if the industry is able to extend its reach, many more people and businesses can become better equipped to withstand the fallout from disaster events," he added.

Meanwhile, a group of Caribbean nations, many devastated by recent hurricanes, will work with companies, development banks and other organisations to curb damage from climate change and grow cleanly, under an action plan launched this week, according to Reuters. The countries aim to restructure up to $1 billion in debt to free up cash for coastal defences, switch from costly imported fuels to cheaper green energy, and buffer their communities and economies against the effects of global warming, including rising sea levels and heavier storms and floods.

Angus Friday, Grenada's ambassador to the United States, said the idea was to "inject a new DNA", breaking away from business-as-usual and bureaucratic measures so as to be able to act faster.

"Given the next hurricane season is just seven months around the corner, it's really important we move with the speed of climate change now," he told the Thomson Reuters Foundation by phone. Hurricanes Maria and Irma left a trail of destruction as they crashed through the Caribbean earlier this year, and many low-lying nations fear their infrastructure and economies will be devastated by more powerful storms and encroaching seas. With many economies in the region plagued by high levels of debt, Caribbean nations have been pushing for rich countries to help bolster their defences and in turn, protect livelihoods. Eleven nations, including Jamaica, Grenada, Dominica and the British Virgin Islands, signed up to the plan to create a "climate-smart zone", unveiled at the "One Planet" summit in Paris on Tuesday. The plan's backers include the World Bank, the Nature Conservancy, the Green Climate Fund, Microsoft co-founder Bill Gates and British businessman Richard Branson, whose Caribbean island Necker was hit by Hurricane Irma. Branson has pushed for a scheme to help vulnerable islands, centred on replacing outdated fossil-fuel power grids with renewable energy systems that can better withstand extreme weather and boost economic development. The Caribbean region needs $8 billion to roll out national plans to tackle climate change under the 2015 Paris Agreement.