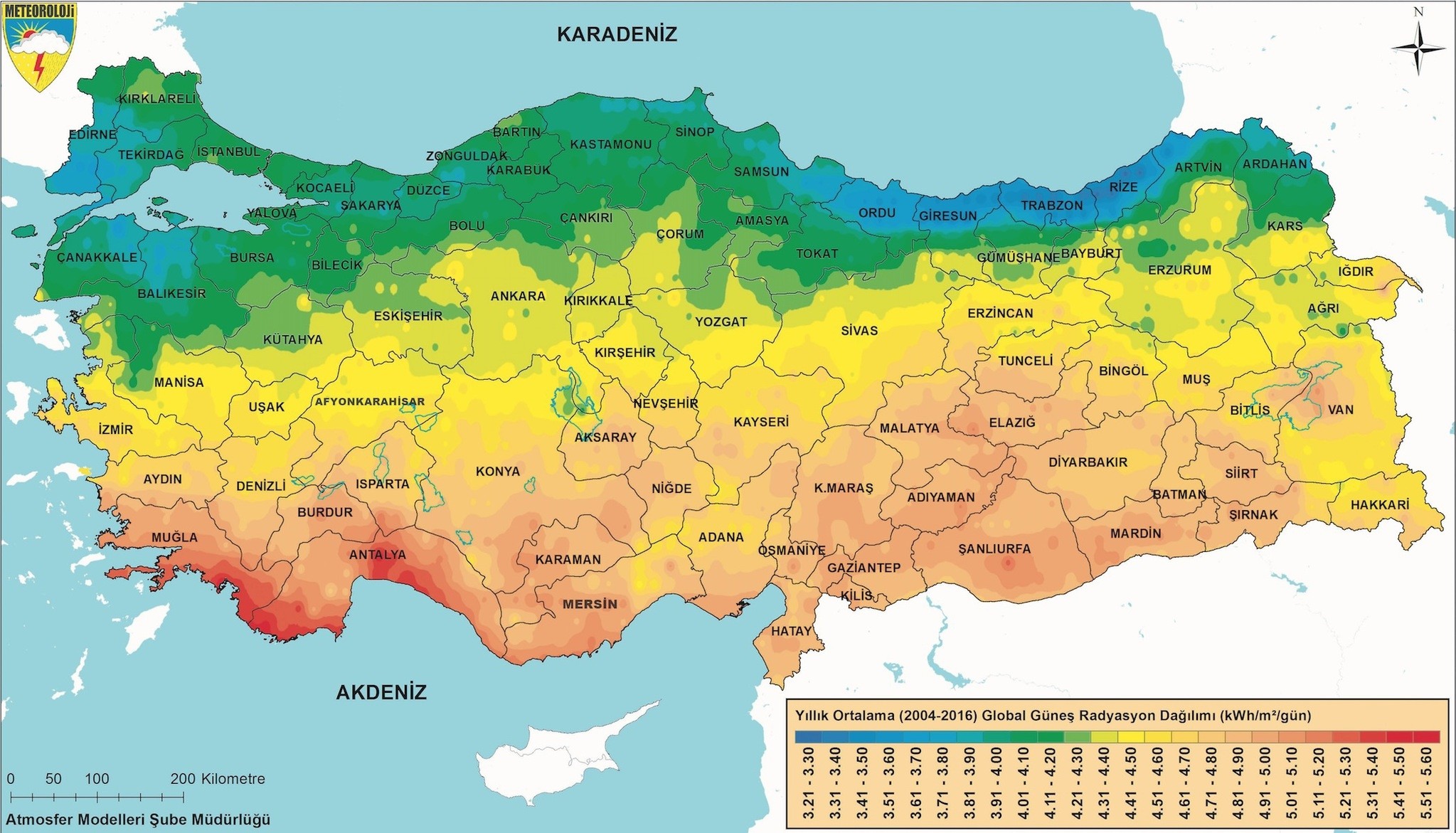 The colors on the map indicate the solar power potential across Turkey, with blue painted cities representing the lowest potential and orange-red the highest.
by Anadolu Agency Dec 22, 2017 12:00 am

The Turkish State Meteorological Service prepared a survey outlining a map of solar power potential in Turkey's provinces. The survey revealed that the Aegean city of Muğla, a popular tourist destination with districts like Bodrum and Gökova, has the highest potential for solar power, while the Black Sea city of Rize has the lowest potential. The study is considered useful as it reveals potential areas for solar power investments.

Minister of Forestry and Water Affairs Veysel Eroğlu said the Turkish State Meteorological Service indicated that the measurement of global solar radiation in Turkey started in 1964, adding that the number of stations that monitor insolation days has increased to 163 over the years with new solar monitoring devices put into service. Currently, 57 stations use new solar monitoring systems for insolation measurements.

To obtain a reliable data set, the Turkish State Meteorological Service put a lot of effort into creating a solar power map over the last few years, and the state body developed a semi-dynamic model in which data obtained from satellites was used. The study has produced an atlas of solar radiation in Turkey, Eroğlu said.

"The model generates global solar radiation data at 3,610 points within a range of 20 kilometers of resolution per day. Until now, a data set of daily global solar radiation in 3,610 points has been produced. A confirmation study, which used land-based monitoring stations, verified that 98 percent of the data is reliable," Eroğlu said and emphasized that such a high rate of reliability with a vast data set is a first of its kind in Turkey.