First white farmer gets land back under Zimbabwe's new leader 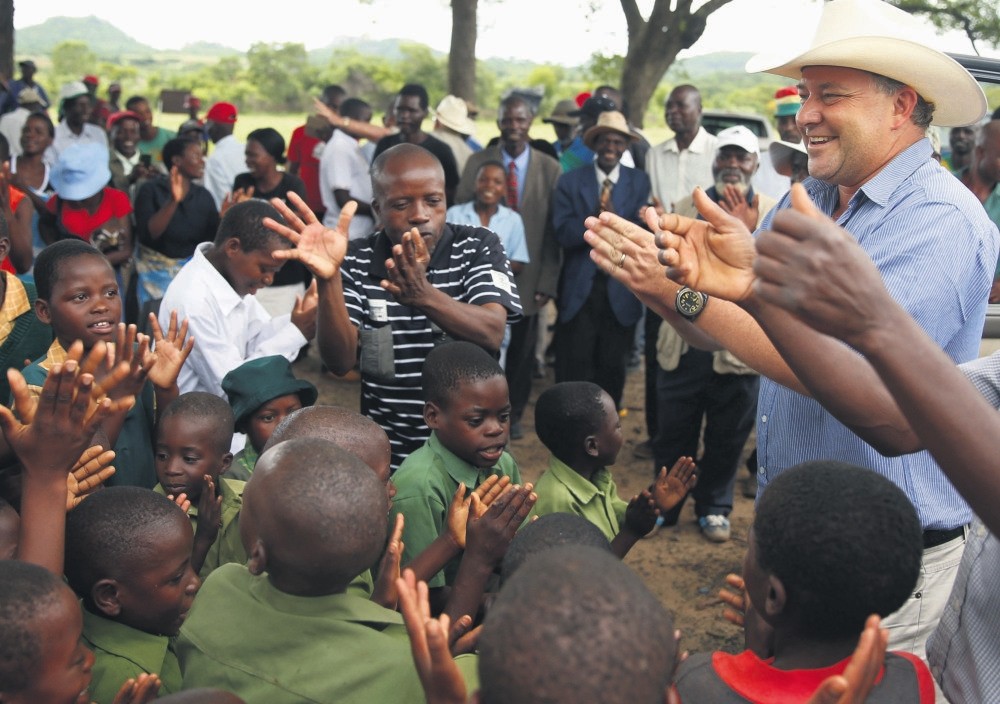 Robert Smart is the first to have his farm returned. Some war veterans and local traditional leaders joined farm workers and villagers in song to welcome his family home.
by Associated Press Dec 23, 2017 12:00 am

A white Zimbabwean farmer evicted by the government of Robert Mugabe has returned to a hero's welcome as the first to get his land back under the new president, in a sign of reform on an issue that had hastened the country's international isolation. With a military escort, Robert Smart made his way into Lesbury farm about 200 kilometers (124 miles) east of the capital, Harare, to cheers and song by dozens of workers and community members. Such scenes were once unthinkable in a country where land ownership is an emotional issue with political and racial overtones.

"We have come to reclaim our farm," sang black women and men, rushing into the compound. Two decades ago, their arrival would have meant that Smart and his family would have to leave. Ruling ZANU-PF party supporters, led by veterans of the 1970s war against white minority rule, evicted many of Zimbabwe's white farmers under an often violent land reform program led by Mugabe. Whites make up less than 1 percent of the southern African country's population, but they owned huge tracts of land while blacks remained in largely unproductive areas. The evictions were meant to address colonial land ownership imbalances skewed against blacks, Mugabe said. Some in the international community responded with outrage and sanctions. Of the roughly 4,500 white farmers before the land reforms began in 2000, only a few hundred are left. But Mugabe is gone, resigning last month after the military and ruling party turned against him amid fears that his wife was positioning herself to take power. New President Emmerson Mnangagwa, a longtime Mugabe ally but stung by his firing as vice president, has promised to undo some land reforms as he seeks to revive the once-prosperous economy.