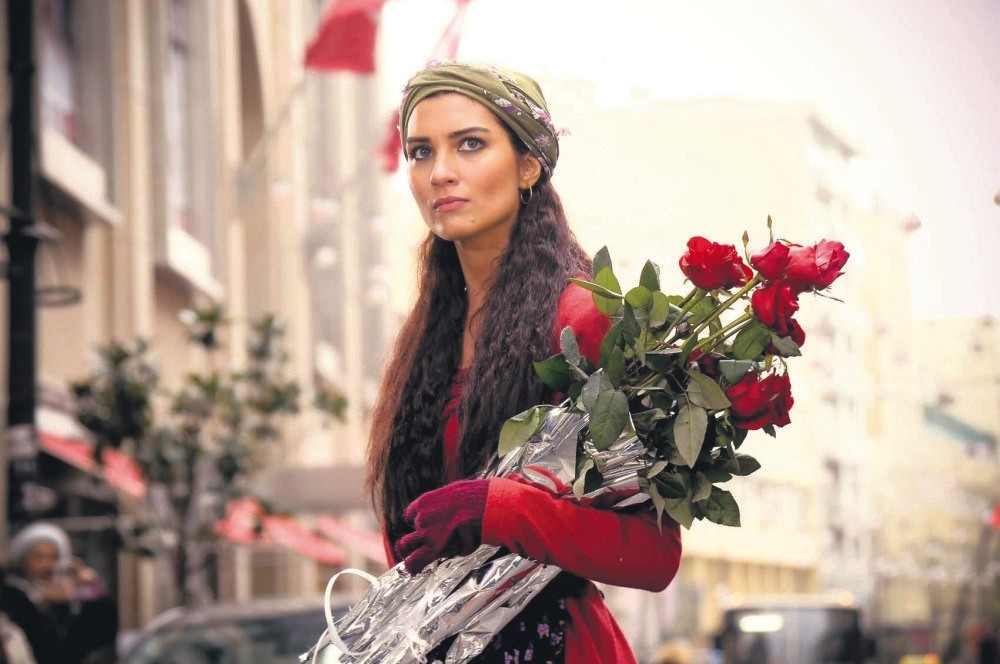 Ranking second after the U.S. in global TV series sales, Turkish TV series made a significant leap in the last 10 years and hit higher than $350 million in foreign syndication

Turkish TV series, which are currently aired in more than 140 countries, have achieved great success by reaching export figures of over $350 million per year.

According to the information compiled from the Ministry of Culture and Tourism, the Turkish TV series sector, which has made a significant leap especially in the last 10 years, came in second place right after the U.S. in export rates.

The export revenue obtained from Turkish TV series, which have been broadcast all over the world from the U.S. to Russia, the Balkans, the Middle East, Asia, and Latin America, and are followed by millions of people, has exceeded $350 million a year. The value of TV series exports in 2016 totaled $300 million, up from $10 million in 2008.

The Middle East and North African countries come to the fore in territories to which Turkish TV series are exported, followed by Eastern Europe, Western Europe, Asia, the U.S. and Latin America, respectively.

"Adını Feriha Koydum," "Gümüş," "Fatmagül'ün Suçu Ne?" "Ezel," and "Kara Sevda" are among the most exported series to date, according to the data generated by the General Directorate of Cinema in light of the information obtained from the sector.

Directed by Hilal Saral and starring Beren Saat and Engin Akyürek, "Fatmagül'ün Suçu Ne?" was one of the most popular drama series between 2010 and 2012, while "Ezel" starring Kenan İmirzalıoğlu, Cansu Dere, and the late Tuncel Kurtiz achieved phenomenal success between 2009 and 2011. "Adını Feriha Koydum" starring Vahide Perçin, Hazal Kaya and Çağatay Ulusoy centered around Zehra, a door keeper's daughter who got into one of the most prestigious universities in the country with a full scholarship and later went into a major identity crisis. Starring Kıvanç Tatlıtuğ and Songül Öden, "Gümüş" also featured a touching love story between 2005 and 2007.

Another Turkish series featuring a love story and urbanite young woman and a young rich man living in eastern Turkey, "Sıla," which was first broadcasted in 2008, has so far been exported to 97 countries, including the U.S., Afghanistan, Argentina, the United Arab Emirates (UAE), Cuba, Croatia, Bosnia and Herzegovina, Latvia, Venezuela, and Mexico.

Moreover, "Gönülçelen" ("Becoming a Lady") has also been exported to 67 countries in Europe, South America, Asia, the Middle East, Africa and North America. "Unutulmaz," ("Unforgattable") has also been distributed in 65 countries around the world. Despite these three series having ended their broadcasts in Turkey, their sales abroad still continue with great interest.

Yusuf Gürsoy, chairman of the Radio and Television Broadcasters Union (RATEM), told Anadolu Agency (AA) that the Turkish TV series sector has been showing a phenomenal development especially since 2010, stressing that Turkish TV series are watched all over the world today. "Through Turkish TV series, we can reach different cultures and geographies of the world. This is a very important development for Turkey," Gürsoy said, highlighting that especially the Middle Eastern countries and Turkic Republics show great interest in this regard. "With its history, culture and geographical richness, Turkey is a curious country, and an important promotional function is fulfilled through these series as well," he continued, adding that Turkish TV series and productions contribute to the country's public diplomacy and tourism by creating sympathy for Turkey.

Noting the fact that brands produced in Turkish series and the production sector increasing their competitiveness in the world market positively affects the employment as well, Gürsoy said the positive atmosphere created by the TV series in the countries in which they are aired also contributes to Turkey finding important support for the decision-making process in the international arena.

In a report by France-based Médiamétrie, worldwide viewer trends were evaluated. Their survey, Eurodata TV, compiles audience ratings and telecast details of all TV programs broadcast on 5,000 channels across five continents.

In the Best Performances by Genre section, the report says: "Turkey is the country that has produced the highest number of fictions ranked among the best-performing programs outside its home country," and continues, "Nothing less than 23 occurrences of Turkish fictions were found in the national top 10 programs in 11 foreign countries."

The report, which is based on analyses conducted in 78 countries, outlines that around 70 percent of the fiction broadcasted in these countries were locally produced content while the remaining 30 percent were imported. Around 25 percent, or a quarter of all imported fiction series were Turkish, leading the genre. It was followed by Russia with 15 percent and the U.S. with 7 percent. Brazil and Mexico equally share 12 percent of imported fiction content.