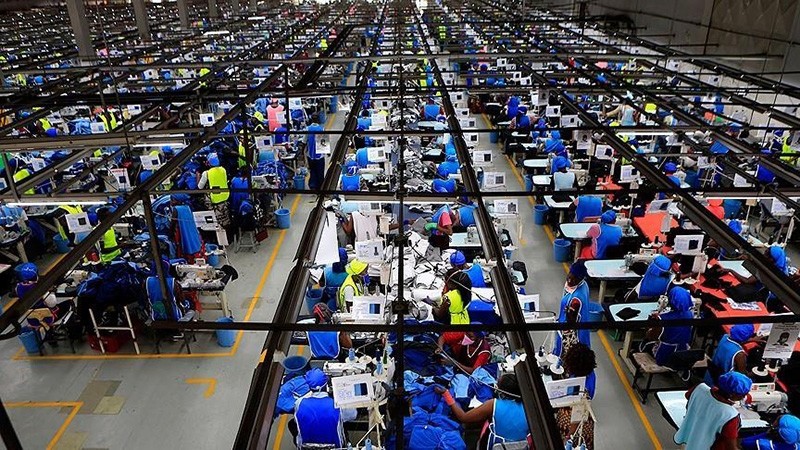 A Turkish-Algerian joint venture has launched one of Africa's largest textile production facilities in the northwestern Algerian province of Relizane.

According to the Algerian news agency APS, Algeria's Industry and Mines Minister Youcef Yousfi inaugurated the facility, named "TAYAL SPA," which will eventually come at a total cost of $1.5 billion.

In his speech at the opening ceremony, Yousfi said that 40 percent of the production would meet the needs of the domestic market and 60 percent would be exported.

He noted that the facility, when finished, would be the largest textile facility in Africa.

The full facility will be built in three phases on a plot of land with a total surface area of 2.5 million square-meters in the Sidi Khettap industrial zone of Algeria's Relizane Province through the partnership of the Algerian government and the Taypa textile company of the Turkish Tay Group.

According to the partnership agreement signed in 2015, Taypa has 49-percent share of the facility while the Algerian government owns 51 percent of the shares.

The facility will employ 10,000 people at the first stage. Once the entire facility has seen completion, it is expected to employ 25,000 people and produce 60 million meters of denim fabric and 30 million pieces of garments annually.

The first stage of the project consists of eight textile production units, a textile school that will train 400 people, and 567 dwellings for the workers and officials.

The second stage includes 10 factories that will be producing ready-made garments, industrial fibers, denim, and knitted and woven fabrics.