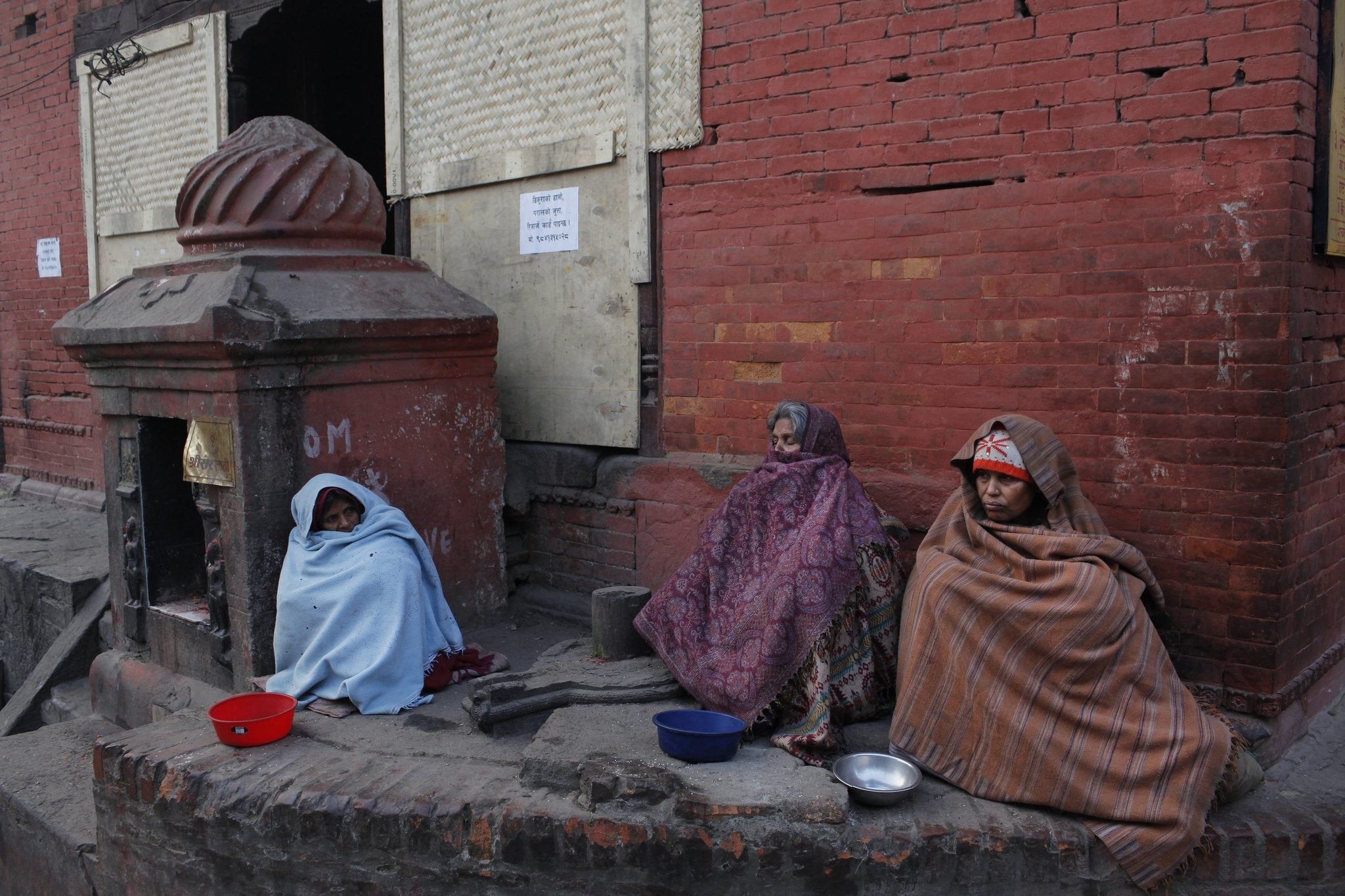 Nepalese women sit and wait for alms near the Pashupatinath temple in Kathmandu.
by Jan 23, 2018 12:00 am

The world'srichest 1 percent raked in 82 percent of the wealth created last year, while the poorest half of the population received none, Oxfam said Monday, as the world's elite prepared to mingle at the World Economic Forum in Davos. A new report from the charity also found that the wealth of billionaires has grown six times faster than that of ordinary workers since 2010, with another billionaire minted every two days between March 2016 and March 2017. Oxfam used its findings to paint a picture of a global economy in which the wealthy few amass ever-greater fortunes, while hundreds of millions of people are "struggling to survive on poverty-level pay."

"The billionaire boom is not a sign of a thriving economy, but a symptom of a failing economic system," Oxfam Executive Director Winnie Byanyima said in a statement.

Oxfam also emphasized the plight of female workers who "consistently earn less than men," often earn the lowest pay and less-secure jobs. Nine out of 10 billionaires are men, it added. The report, titled "Reward Work, not Wealth," used data from Credit Suisse to compare the returns of top executives and shareholders to that of ordinary workers. It found that in just four days, chief executives of the top-five global fashion brands made what garment workers in Bangladesh earn over a lifetime.

"The people who make our clothes, assemble our phones and grow our food are being exploited to ensure a steady supply of cheap goods and to swell the profits of corporations and billionaire investors," Byanyima said.

To fight rising inequality, Oxfam called on governments to limit the returns of shareholders and top executives, close the gender pay gap, crackdown on tax avoidance and increase spending on healthcare and education. The study was released on the eve of a top political and business figures meeting at a luxury Swiss ski resort for the annual World Economic Forum, which this year says it will focus on how to create "a shared future in a fractured world."

"It's hard to find a political or business leader who doesn't say they are worried about inequality," said Byanyima.

"It's even harder to find one who is doing something about it. Many are actively making things worse by slashing taxes and scrapping labor rights."