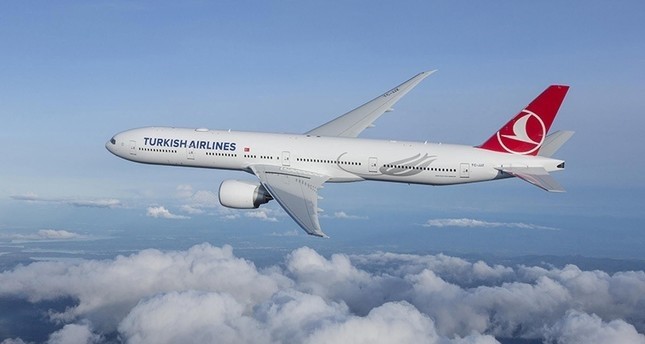 Turkish Airlines (THY) carried 5.7 million passengers in the first month of the year, a rise of 36.6 percent from a year earlier, the company said on Friday.

In a historic first, the company also carried more than 5 million passengers in January.

The national flag carrier also reached a significant occupancy rate this winter, which is considered the quietest period of the year for airline companies. The passenger occupancy rate, which was 72.5 per cent in the January 2017 period, increased by 7.3 per cent in January 2018 to reach 79.8 per cent, according to the company's statement to the Public Disclosure Platform (KAP).

"The increase in the number of domestic and international passengers are 41.1 percent and 32.8 percent, respectively," the airline said in the statement.

The load factor, an indication of seats sold as a percentage of capacity, rose 7.3 percentage points to 79.8 percent, the highest ever recorded for the month.

The airline's revenue per kilometer jumped 28.9 percent to $11.4 billion year-on-year in the month, from 8.8 billion last January.

Excluding international-to-international transfer passengers (transit passengers), there was a 44.6 percent increase in the number of international passengers. Cargo-mail volumes increased by 33.5 percent, carrying more than 86,000 tons of cargo-mail in the month, up from around 64,500 tons in January 2017. The largest contributors to this growth in the region were the Middle East with an increase of 44.9 percent, domestic flights with an increase of 43.5 percent, and Europe with an increase of 39.3 percent. Passenger occupancy rate in all regions rose in January 2018 compared to the same period of 2017. The regions showing the highest increase were North America with 13.3 points, the Middle East with 10.7 points, Central and South America with 8.5 points and Africa with 7.7 points, respectively.

The airline flies to 300 destinations -- 251 international and 49 domestic -- worldwide with its fleet of more than 330 passenger and cargo aircraft.

According to the world airline survey Skytrax, Turkish Airlines has been named the best airline in Europe from 2011 to 2016.