Amazon set to launch its own delivery service 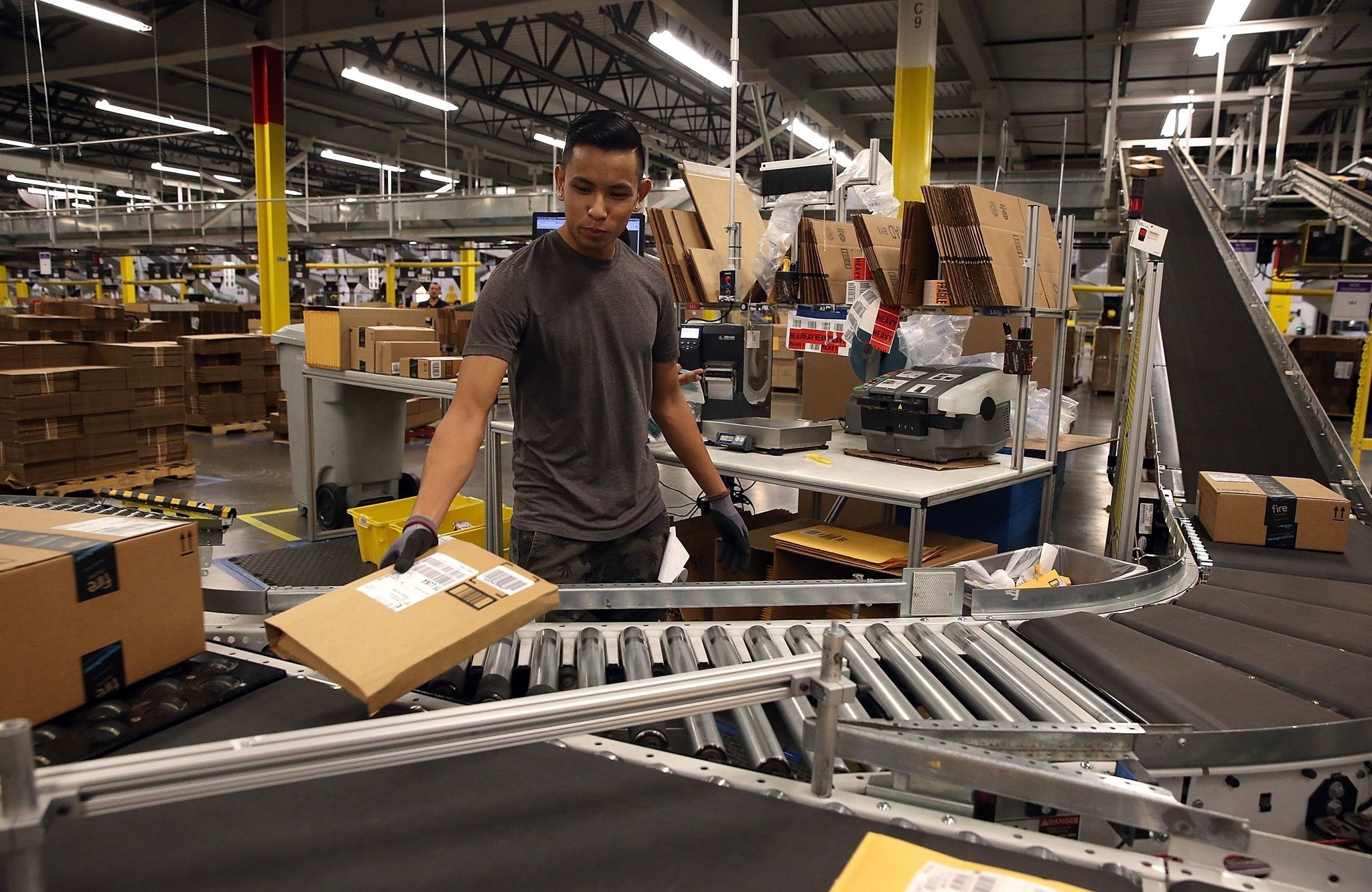 An Amazon.com worker sorts packages onto a conveyor belt at an Amazon fulfillment center in Tracy, California.
by Compiled from Wire Services Feb 12, 2018 12:00 am

The retail giant is preparing a limited launch of a delivery service. The service could be expanded to other businesses, putting Amazon in direct competition with delivery giants like Fedex and UPS

Amazon has already shown that it can rattle the retail, grocery and health insurance industries, and now it is doing the same in the delivery business. The online retailer is reportedly planning a new service to pick up packages from businesses and deliver them to consumers. The service, called "Shipping With Amazon," is expected to start in Los Angeles in the coming weeks and roll out more broadly as soon as this year, according to The Wall Street Journal , which cited anonymous sources. Amazon, which has been edging into the delivery business for some time, would not confirm the report - but didn't deny it either.

"We're always innovating and experimenting on behalf of customers and the businesses that sell and grow on Amazon to create faster lower-cost delivery choices," said Amazon spokeswoman Kristen Kish. Shares of delivery giants UPS and FedEx slipped, but so did Amazon's stock as analysts expressed caution about the difficulty of building a competitive delivery network. Amazon's interest in the delivery business has been percolating ever since many Amazon packages were delivered late around Christmas in 2013. Amazon has helped fuel the boom in online shopping, but all those millions of packages are straining the networks of UPS and FedEx.

Amazon also uses the U.S. Postal Service and smaller delivery companies. UPS had a rocky holiday season late last year, as it underestimated the crush of online shopping during so-called cyber week right after Thanksgiving. The Atlanta-based company plans to spend a chunk of its tax-cut savings to improve its network. Meanwhile, Amazon has leased 40 airplanes, begun arranging ocean freight shipments from China to the U.S., and built up a corps of delivery drivers. Executives at UPS and FedEx have downplayed the Amazon threat before, saying that it would take a massive investment over a long time to build an air and ground network to rival theirs. There is little doubt, however, that Seattle-based Amazon has the means to build a bigger network. It had $178 billion in sales and $3 billion in profit last year and is sitting on more than $20 billion in cash.

An Amazon entry would "send shivers down the spines of the traditional delivery companies," said Neil Saunders, managing director of GlobalData Retail. Saunders said the delivery companies are likely to lose business from Amazon - slowly at first, then more quickly as Amazon builds out its own operation. And if Amazon starts delivering to businesses, it may undercut the incumbents on rates, he said. Analysts estimate that UPS gets up to 6 percent of revenue from Amazon deliveries compared to about 3 percent for FedEx. Several took a wait-and-see approach to the Amazon threat.

Deutsche Bank analysts wrote that "one pilot program, in one city, is being extrapolated as a clear and present risk to a global network" that delivers 33 million packages a day, more than 20 times Amazon's estimated delivery volume. They were "highly skeptical" of much risk to UPS and FedEx.

"We don't want to present the case that Amazon will never, or could never, compete directly with FedEx, UPS" and the post office, Weatherbee said, but there is no indication that the company has bought enough trucks and hired enough drivers to take on UPS and FedEx, which would be a "difficult task," he said. Amazon is likely to remain a major customer for UPS and FedEx for quite some time, complicating their relationship.

UBS Securities analyst Thomas Wadewitz said as "frenemy" Amazon expands on their turf, it could make sense for UPS and FedEx to significantly raise prices with Amazon, although there is no evidence to show they'll do that. Others think Amazon may be trying to talk down delivery rates and get better service. Stifel analyst David Ross said Amazon will grow its logistics business but won't be able - and may not even want - to handle all of its own deliveries.