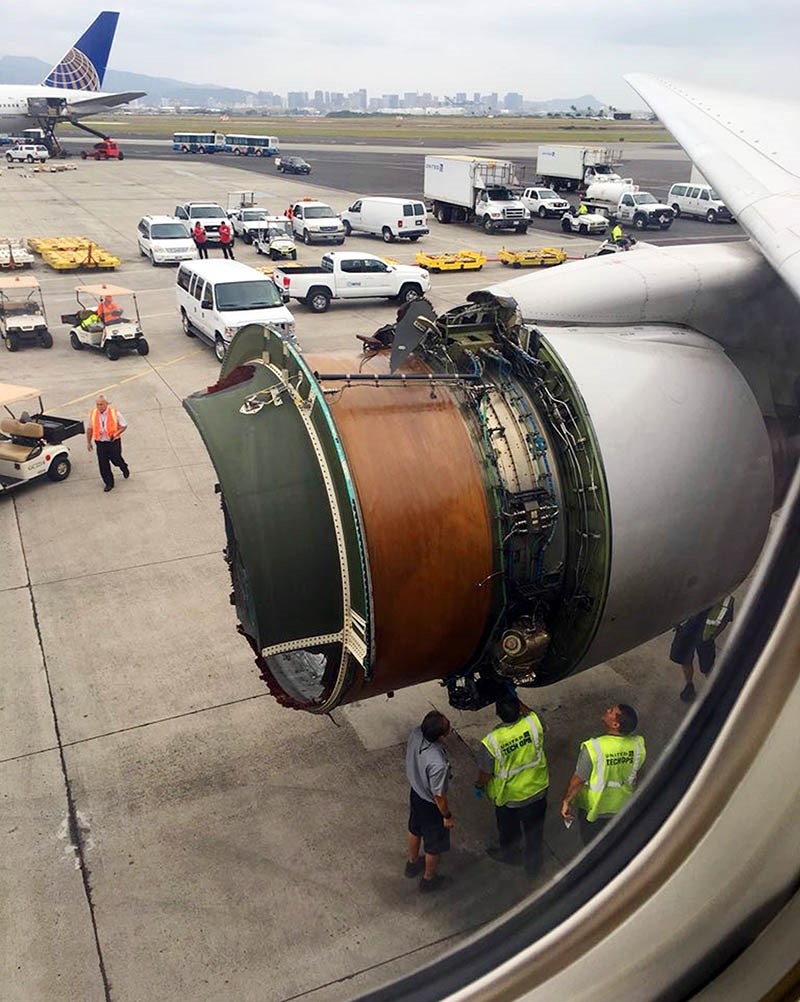 This photo provided by passenger Haley Ebert shows damage to an engine on what the FAA says is a Boeing 777 after parts came off the jetliner during its flight from San Francisco to Honolulu Tuesday, Feb. 13, 2018. (AP Photo)
by Compiled from Wire Services Feb 14, 2018 12:00 am

A United Airlines flight was forced to land in Honolulu after losing part of an engine, it was announced Tuesday.

Flight 1175 left San Francisco bound for Honolulu when it encountered an issue with its number two engine, the airline told German Press Agency in a statement.

Images posted on social media show an engine with the exterior cover missing as the plane approaches Honolulu. Video shows the engine shaking back and forth with pieces of the cover flapping in the wind.

Passenger Maria Falaschi posted photos on social media of the engine without its cover while it was in the air and on the runway after the emergency landing.

"Scariest flight of my life," Falschi captioned the photos on Twitter.

The San Francisco resident wrote that she "heard a big bang" and the plane "started to shake violently" during the flight.

"The pilots and crew did a great job at keeping us updated," she said.

The plane's pilots followed all required protocols to safely land, United said. "The aircraft taxied to the gate and passengers deplaned normally."

United was fully cooperating with the National Transportation Safety Board and the Federal Aviation Administration in investigating the incident.