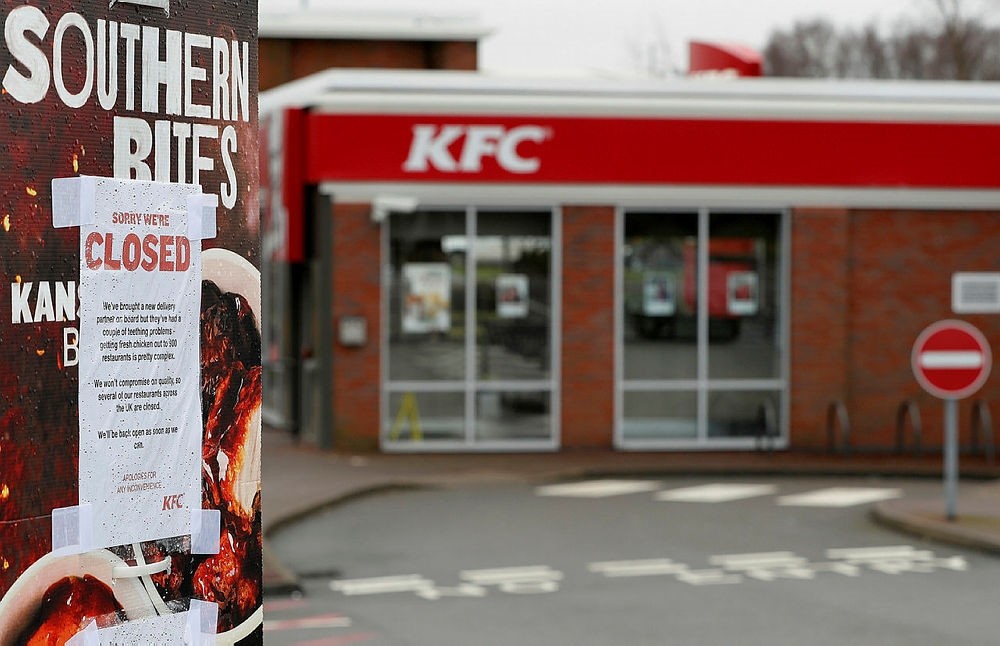 A closed sign hangs on the drive through of a KFC restaurant after problems with a new distribution system in Coalville, Britain, February 19, 2018. (REUTERS Photo)
by Associated Press Feb 19, 2018 12:00 am

Fast-food fans were in a flutter Monday after most of the 900 KFC outlets in the U.K. and Ireland were forced to close because of a shortage of chicken.

KFC first apologized for the problems on Saturday. In an update Monday, it listed almost 300 stores as open, but did not say when the rest might join them.

It said those branches that remained open were operating a limited menu or shortened hours.

"We know that this might have inconvenienced some of you over the last few days, and disappointed you when you wanted your fried chicken fix — we're really sorry about that," the company said in a statement.

DHL, which recently took over the KFC contract from Bidvest Logistics, said that "due to operational issues a number of deliveries in recent days have been incomplete or delayed."

When DHL announced in October that it had won the KFC contract alongside logistics firm QSL, it promised to "re-write the rule book and set a new benchmark for delivering fresh products to KFC in a sustainable way."