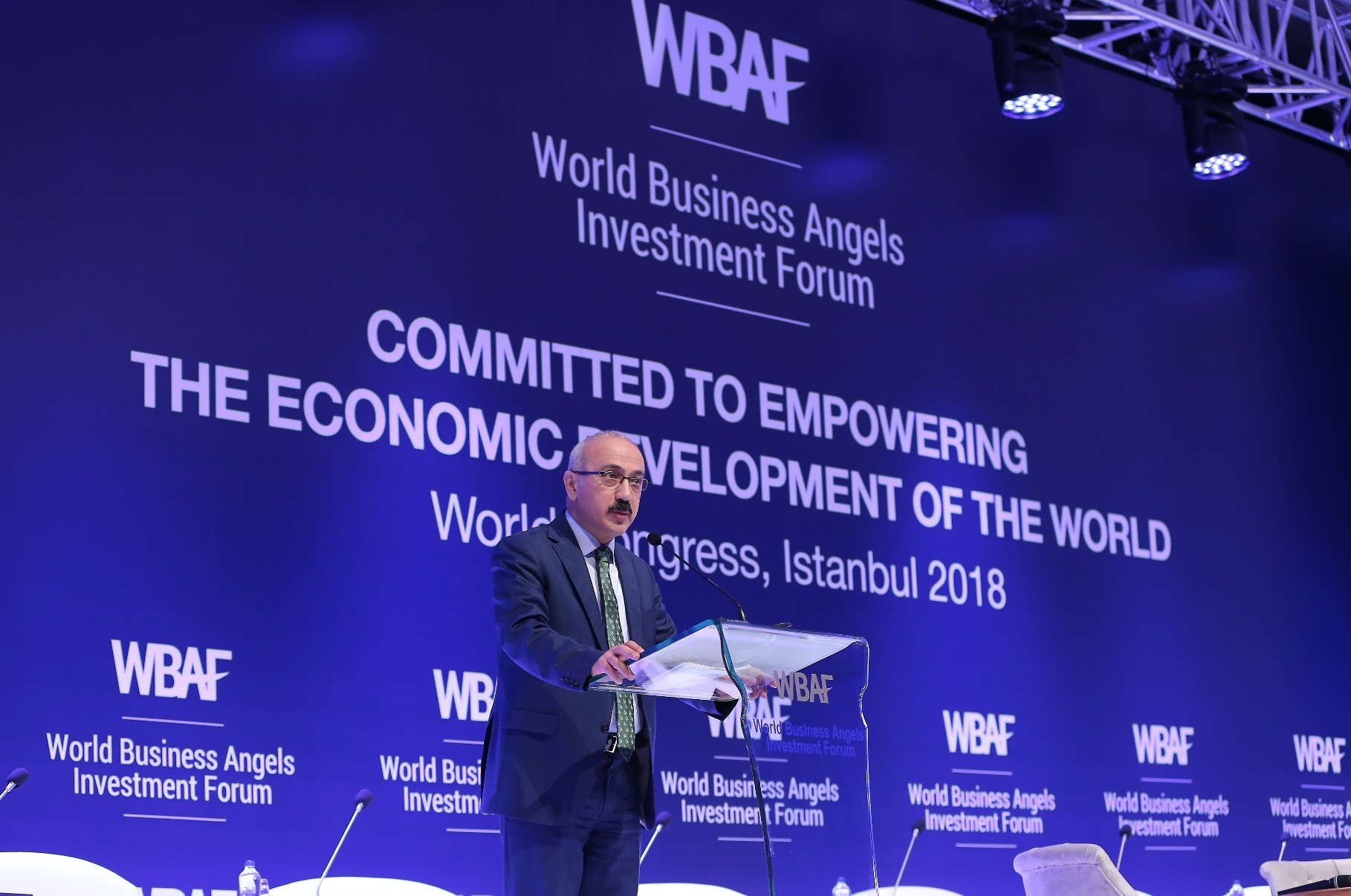 Turkey is preparing to establish a venture capital initiative, Development Minister Lütfi Elvan announced Monday at the World Business Angels Forum (WBAF), emphasizing that it will be facilitated through cooperation among development agencies on a regional and national basis.

Therefore, the government, he said, aims to spread the successful examples in the developed areas to other zones in order to unleash the country's potential.

During his speech at WBAF, Minister Elvan underscored that globalization has immensely paved the way for innovation, digital transformation and entrepreneurship with a strong emphasis on the role of entrepreneurship as a key to meeting individual and social needs that gradually get complicated. The trend-setting businesses with a dynamic and flexible structure are of critical importance for sustainable growth; both in developed and developing environments, the minister said and noted that small businesses generally have difficulty in accessing financial means for their non-transparent fiscal structure.

Elvan highlighted that traditional financial institutions are reluctant to provide resources for startups due to high risks. "Business angels, therefore, act as a catalyst to make up for the gap between entrepreneurs and financial resources and offer prescription," he said.

In Turkey, he said, the government made the necessary regulations for angel investors in 2013. These regulations provide licensed investors with a 75 percent tax cut. This tax cut can be fully provided in case the business in which investments made receives support from public bodies.

He pointed out that academic entrepreneurship plays an important role in the process of transforming academic knowledge for the benefit of the society, the economy and the industry. Noting that angel investments have developed rapidly in Turkey in recent years, he stated that with regards to the distribution of licenses given to angel investors, Istanbul leads the way with 79 percent, suggesting that they want to intensify the practice of angel investment in the other cities as well.

He recalled that last year angel investment, venture capital and private equity investments reached a total investment amount of $177 million. He said that this amount is not enough for a country like Turkey that offers very diverse and profitable business opportunities.

Elvan indicated that investments, especially in startups, are still low in Turkey compared to Western European countries. He added that while investments in startups per capita is $1.3 in Turkey, this figure is $12.7 in Spain which has the lowest share among the top 10 economies in the European Union. He said that a growth rate of over 7 percent was expected for the last year with the contribution of strong internal and external demand.

Meanwhile, he underlined that Turkey has a strong macroeconomic structure, a favorable business environment for investment and a dynamic and innovative young population, stating that its geographical p

osition provides access to many leading markets in the world and that more than half of world trade takes place by air only four hours away from Turkey. Elvan said the government will take the necessary steps to further strengthen the legal framework in order to further reinforce the entrepreneurship ecosystem in Turkey; to facilitate access to financing; to improve the efficiency of the public system; and to boost the capacity of research and development and innovation.

"There is also a Risk Capital Initiative on our agenda.

We plan to implement this practice at a national and regional level, in cooperation with our development agencies, in order to uncover businesses in need of venture capital and produce value-added products and services," he said, suggesting that thus, successful practices in the developed regions will spread to other regions, in turn revealing Turkey's potential.

Pointing out that they will also expand the Young Entrepreneur Centers which will provide the young entrepreneurs with the training they need and bring them together with investors.

According to data from the Undersecretary of Treasury, in 2013, the number of licenses provided to angel investors, who provide capital, knowledge and experience to enable the growth of startups, was 155.

As of December 2017, the total investment application in the individual participation capital system amounted to TL 11.4 million ($2.98 million), and TL 8.3 million of investment has been done successfully.