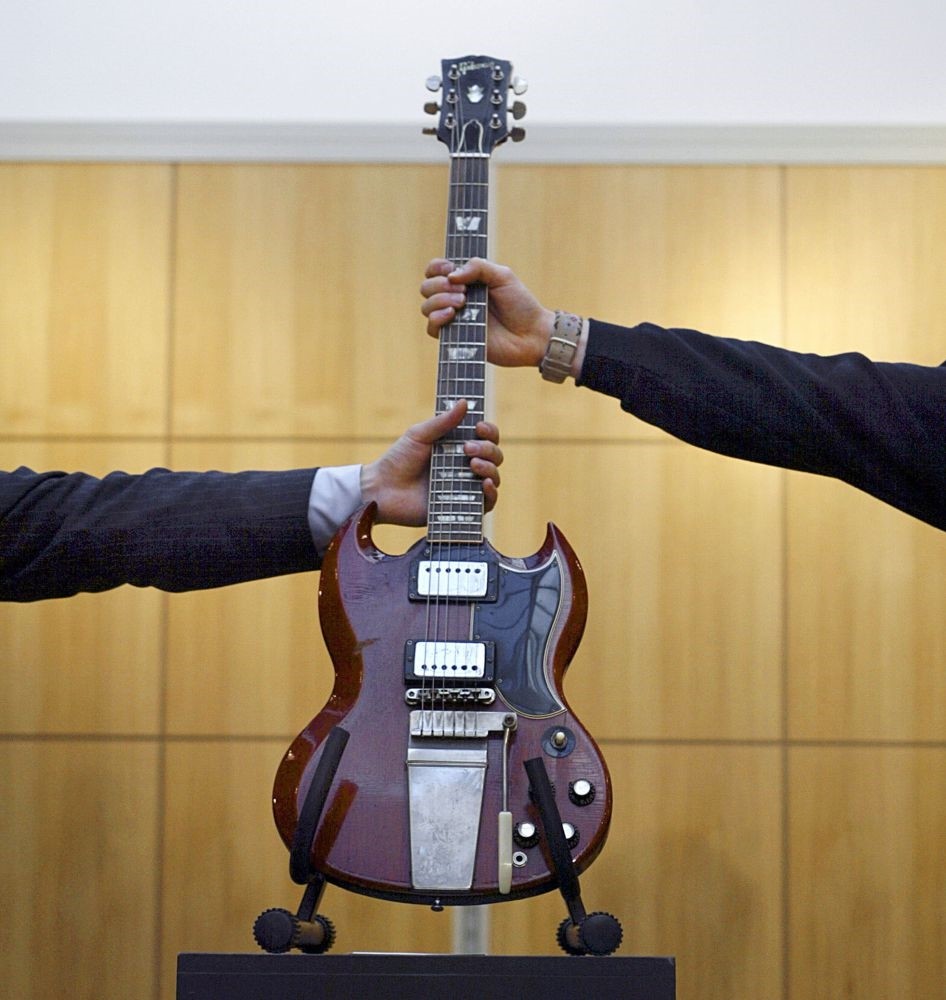 World-famous guitar maker Gibson, whose instruments have been played by the likes of John Lennon and Elvis Presley, is facing serious financial problems that threaten its very existence. The mythical company operating in Nashville, Tennessee since 1894 brought in a new financial director, Benson Woo, to try and rescue the ailing group on Monday.

Gibson, which also sells audio systems for professional and amateur use, is working with an investment bank to set up a debt refinancing plan, the company said in a statement. The group has a debt of $375 million due in early August, the Nashville Post reported.

"While the musical instrument and pro audio segments have been profitable and growing, they are still below the level of success we saw several years ago," CEO Henry Juszkiewicz said in the statement. He said the company, as part of a broad review of its business strategy, was continuing to streamline its Philips brand consumer audio business while eliminating some underperforming products. Gibson produces one of the most prestigious guitars in the world, the Les Paul. Among the stars who have played Gibson instruments are the bluesman B.B. King, Rolling Stone Keith Richards and Jimmy Page of Led Zeppelin.