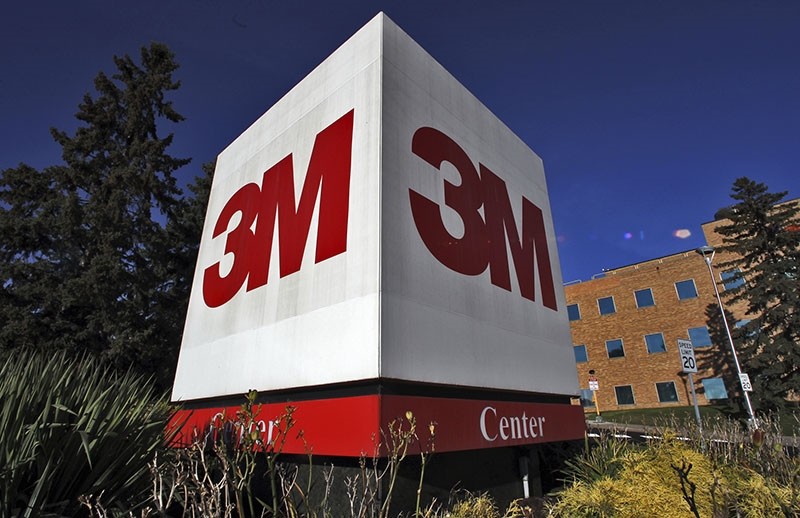 3M Co. has agreed to pay the state of Minnesota $850 million to settle a major case alleging the manufacturer damaged natural resources and contaminated groundwater by disposing of chemicals over decades, Minnesota's attorney general announced Tuesday.

Known for Scotch tape and Post-it notes, the company said Tuesday it would pledge 850 million dollars to invest in a state fund for "water quality and sustainability."

The state was seeking $5 billion from Maplewood, Minnesota-based 3M in a case that focused on the company's disposal of chemicals once used to make Scotchgard fabric protector and other products. The lawsuit, filed in 2010, alleged 3M damaged Minnesota's natural resources, including more than 100 miles of the Mississippi River. The state also said the chemicals contaminated drinking water, harmed wildlife and posed a threat to human health.

The company denies it did anything wrong, insisting it was acting legally at the time. The settlement did not require an admission of liability, Attorney General Lori Swanson said.

"We're pleased with the settlement. We think the settlement will help solve a problem in Minnesota. It's been a problem that has been a long time in the making for many decades," Swanson said. "These chemicals, as I mentioned, were put into the ground. And we are very hopeful the settlement can help fix that."

The settlement was announced Tuesday after jury selection was halted as the trial was set to begin. Swanson said she believes it is the largest environmental case in state history.

Swanson said 3M will pay the state in one lump sum within the next 15 days. It will go into a fund dedicated to projects that will clean up and safeguard drinking water in the eastern suburbs of St. Paul. Details on how the money will be used are still being worked out, but it could go to help homeowners with contaminated wells, or help municipalities with sustainable drinking water and treatment plans.

Funding would also go toward habitat restoration and recreation such as fishing piers, trails or wetlands.

"This settlement is an enormously important advance to protect the health of over 67,000 Minnesotans in our East Metro area, who deserve clean and safe drinking water," Drayton said.

3M, formerly known as the Minnesota Mining and Manufacturing Company, was founded in Minnesota more than 115 years ago and employs 16,000 people in the state. The governor said the company's "many positive contributions" greatly exceed "these unfortunate circumstances."

The lawsuit was centered on 3M's disposal of perfluorochemicals, or PFCs, and their compounds. The company began producing PFCs in the 1950s and legally disposed of them in landfills for decades. Along with Scotchgard, the chemicals were used in fire retardants, paints, nonstick cookware and other products.

The company stopped making PFCs in 2002 after negotiating with the Environmental Protection Agency, which said the chemicals could pose long-term risks to human health and the environment. But in 2004, trace amounts of the chemicals were found in groundwater at 3M dumping sites east of St. Paul.

The state and 3M reached a deal three years later requiring the company to spend millions to clean up landfills and provide clean drinking water to affected communities.

But Minnesota sued in 2010, alleging 3M researched PFCs and knew the chemicals were getting into the environment and posing a threat to human health.

In a statement Tuesday, 3M senior vice president of research and development John Banovetz said the company is proud of its record of environmental stewardship and does not believe there is a PFC-related health issue.

Since the Minnesota lawsuit was filed in 2010, concerns over PFCs have grown. The Star Tribune reported that in 2016, the EPA drastically reduced the recommended maximum levels of PFC concentrations for drinking water. As a result, about 15 million people learned their drinking water wasn't considered safe for long-term consumption.

The Star Tribune reported that the EPA's advisory sent communities nationwide scrambling to install technology to treat water. Some of those communities have sued, and some are investigating to determine who or what produced the PFCs in their water, and what, if any, long-term effects they might face due to continued exposure.

At least two dozen lawsuits related to PFCs have been filed against 3M around the country, including one filed last week in Massachusetts over water contamination blamed on firefighting foam.