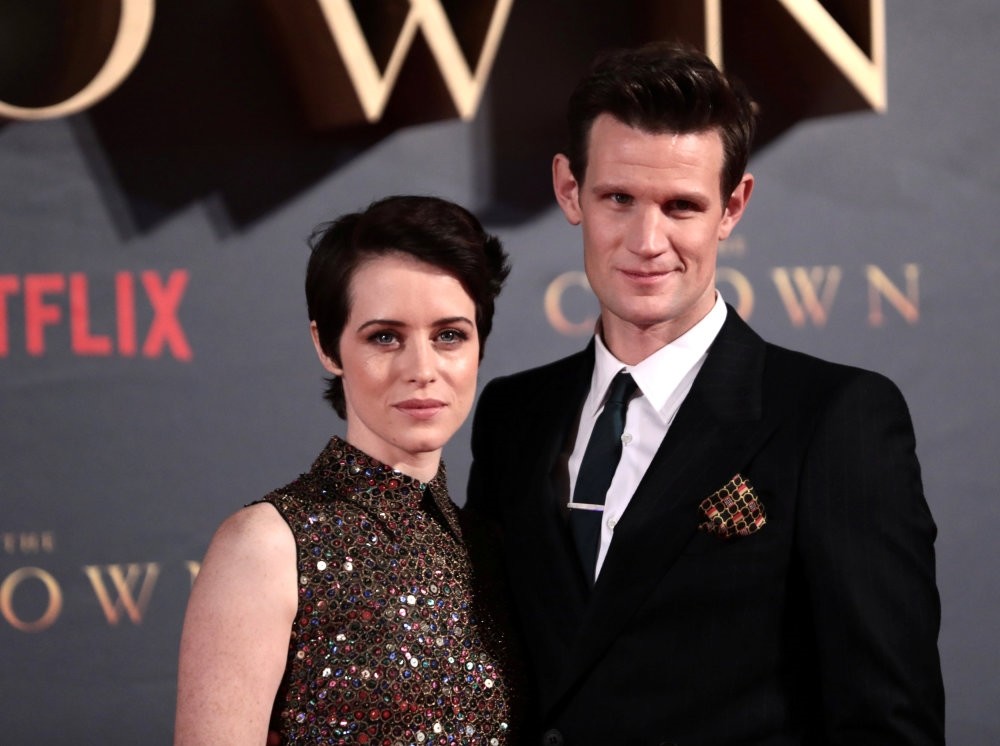 Actors Claire Foy, who plays Queen Elizabeth II, and Matt Smith, who plays Philip Duke of Edinburgh, attend the premiere of u2018The Crown' season 2 in London.
by Mar 16, 2018 12:00 am

Gender equality may be the hot topic at Hollywood red carpets and press conferences but Claire Foy's pay on "The Crown" demonstrates that, beyond the rhetoric, progress remains painfully slow. Producers admitted this week that Matt Smith, Prince Philip on the hit Netflix drama, had negotiated a better deal than Foy – the star of the show as Queen Elizabeth II – because of his perceived higher profile. They did not reveal either salary but said Smith's 2010-2013 starring role on the BBC's "Doctor Who" had been the decisive factor. Variety magazine last year put Foy's pay at $40,000 an episode.

The revelation made headlines around the world but can hardly have been a surprise to anyone following the rankings of Hollywood's highest paid actors, tabulated annually by Forbes magazine. Emma Stone placed top of the female earnings list last year, but the inconvenient truth for progressive Hollywood is that she would have ranked a paltry 15th had the chart included men. Treatment of women in show business has been in the spotlight since the Harvey Weinstein sexual misconduct scandal last year touched off a deluge of allegations that brought down powerful men in public life.

Companies, government agencies and even the U.S. federal court system have been forced to re-evaluate sexual harassment policies, while bosses have been confronted with the unfairness of actresses' pay. One corollary of a painful period of soul-searching has been the lifting of the taboo against discussing pay in public. Stories of unfairness have begun to surface with increasing regularity.

Oscar-nominated "All the Money in the World" hit the headlines in January when Mark Wahlberg and Michelle Williams were called back to reshoot scenes expunging Kevin Spacey, who was sacked over allegations of sexual abuse. It emerged that Williams had been paid less than $1,000 for the extra work while Wahlberg got $1.5 million, a bonus he ended up giving away to the Time's Up women's movement as the furor blew up. While Wahlberg's gesture was considered noble and generous, pundits objected that it didn't address the inherent unfairness.

Television has traditionally boasted a more progressive approach to pay, in no small part thanks to the stars of hit 1990s sit-com "Friends," who set the standard by negotiating as a team for the same salaries. The lead cast of "The Big Bang Theory" and "Game of Thrones" followed suit and all earn the same - estimated at a shade under $1 million an episode for the sit-com and $500,000 for "Thrones."