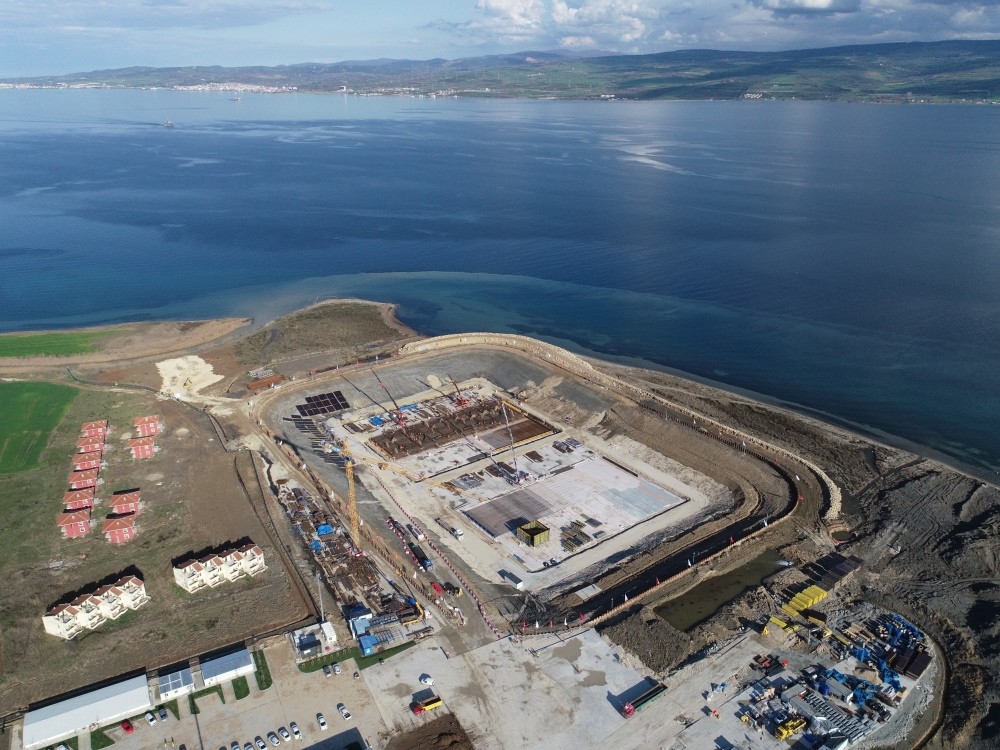 Financial corporations from Turkey, South Korea, Denmark, Italy, Kuwait, and other countries provided loans for the u00c7anakkale 1915 Bridge (above), which will be the longest suspension bridge in the world once it is complete.
by Daily Sabah Mar 17, 2018 12:00 am

The financing for the construction of the Çanakkale 1915 Bridge, slated to be the world's longest suspension bridge when completed by 2023, has been provided by global financial corporations from South Korea, Italy, Kuwait and Denmark, among other countries

Set to be the world's longest suspension bridge once complete, the Çanakkale 1915 Bridge has secured a 2.3 billion euro loan, 70 percent of whichcame from foreign financial institutions. The largest loans for the project, which has been contracted to Turkish and South Korean firms, came from South Korean export credit agencies.

The loan has a maturity of 15 years with a five-year grace period.

Banks and financial institutions that are prominent representatives of global financial markets have been deeply involved in the project, providing a credit limit one-and-a-half times, or 3.6 billion euros, the required loan.

The loan structured under the International Project Finance standards has different credit segments, including ECA and Islamic financing methods.

With 200 million euros provided by Kuwait Finance House, one of the biggest players in Islamic participation banking in the world, together with its subsidiary, Kuwait Türk, the Çanakkale 1915 Bridge and Highway project is the first motorway project in Turkey to use direct Islamic financing. The share of Islamic financing reached 300 million euros with the guarantee provided by the Islamic Corporation for Insurance of Investment and Export Credit (ICIEC), the investment insurance and export credit support institution of the Islamic Development Bank, in addition to the contribution of direct Islamic financing.

Meanwhile, construction continues on the Çanakkale 1915 Bridge, whose ground-breaking ceremony was held on March 18 last year and which will be the world's longest suspension bridge when completed.

The Tower Foundation and Piling ceremony will be held with a crane to be brought to the Şekerkaya region of Lapseki district on March 18.

The ceremony will be held on Sunday and will cover the piling of the foot of the bridge on the Anatolian side, officially starting the construction within of the Çanakkale 1915 Bridge's sea section.

The over 2-kilometer Çanakkale 1915 Bridge is expected to be built within five-and-half years at a cost of around TL 10.35 billion ($2.8 billion).

The bridge span will be 32 meters longer than the currently held record of the Akashi-Kaikyo Bridge between Kobe and Awaji Island in Japan and will be the longest suspension bridge in the world with a 2,023-meter main span and 318-meter-high towers.

Defined as a global project, the bridge will consist of a six-lane divided highway and is expected to contribute immensely to the economy and social life in Çanakkale.