Millions of lira invested in 10 enterprises 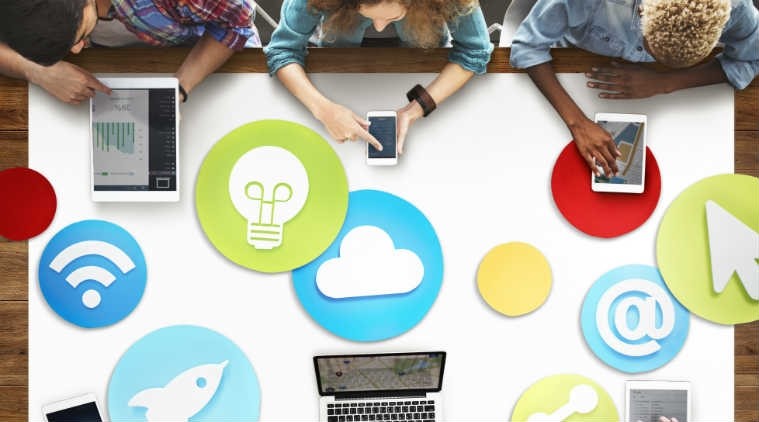 Angel investment network in Turkey, around the world

Total of 26 investments in the last 6 years

Recalling that the Keiretsu members mostly invest in startups that include technology and innovation, Talu said among 26 investments made since 2012, those in biotechnology, telecommunication and software projects have come to the fore, and they include startups that have passed the idea stage, have been incorporated or can make out an invoice in their processes. "Our startups, which are included in our processes, use their investment to improve their products, open up to different markets and expand their teams," she said. "The fact that the startup has an innovative and scalable business model and that the founding team has experience and knowledge about the sector targeted by the startup is another important criterion taken into account by our investors.

Do not be afraid of failure, act smarter

"Maybe these figures are not motivational statistics for entrepreneurs, but it is a fact and it is worth considering. Even though optimism and positive thinking are essential features of an entrepreneur, every entrepreneur needs some realism. Such statistics should encourage entrepreneurs not to give up, but to act smarter."

Çiftlik Banks can fool, but investors cannot be deceived

According to Startups.Watch survey, 162 enterprises in Turkey made deals worth a total of $103 million with angel investors and venture capital companies in 2017. According to a CMB report, the system established by Çiftlik Bank CEO Mehmet Aydın collected TL 511 million from 77,843 people. According to the same report, 62,877 people were paid TL 393.3 million. The remaining TL 113.4 million was transferred to Cyprus and to Aydın's wife's bank account. Now imagine 162 enterprises that attracted $103 million in investments. Those entrepreneurs successfully got into universities in Turkey and were specialized in artificial intelligence, big data and machine learning. This is a grave contradiction that 162 entrepreneurs who set up and managed the teams and got a significant financial education were unable to collect investments as much as Aydın's TL 511 million.

Investor audit a must to avoid any kind of fraud

When venture capital investors invest in entrepreneurs, they repeatedly question the knowledge of the person and the team. They put financial reports, future plans and enterprise capabilities on the table and decide. Big investors can make mistakes. An enterprise they chose may not be successful. However, it is almost impossible to encounter fraud such as that with Çiftlik Bank. Fraud and failure cannot be lumped together. However, it is a must to stay away from the ecosystem created as a tool for fraud, meaning that companies that will receive such funding must be audited by professional investment companies. Institutions that do this on behalf of the public must be managed away from all influences.

Turkish venture Insider has managed to become the first Turkish enterprise to receive investment from Sequoia Capital, which has invested in 1,500 companies, including the world's largest technology and internet giants such as Google, Apple, YouTube, Instagram and WhatsApp.

Sequoia Capital and its investment group has invested $11 million in Turkish technology venture Insider. Having reached a value of $100 million with a Series B investment, Insider offers customer acquisition and retention tools in a digital environment. Insider brings new habits to institutions regarding digital customers as a blessing. Insider's platform also offers a chance to global companies and those in Turkey. It is reported that Insider's value is close to $100 million. The venture has the ability to recognize the next generation of digital customers, experience in producing and realizing vital solutions, and several up-to-date technology capabilities, including artificial intelligence.

Insider's platform is developing its capabilities with deep learning, artificial intelligence and machine learning algorithms. It offers tools that allow organizations to instantly assess customer movements and act on online and mobile applications. Insider has become an important platform in the process of revealing forecasts and converting them into proposals.

Insider's founding partner and CEO, Hande Çilingir, regarded among the top-three female CEOs outside the U.S. by San Francisco-based Crunchbase, stressed the importance of the concept of experience in the new economy. "Customers demand more personal, meaningful and smooth experiences to stay connected with the brands, no matter which channel they are on," Çilingir said. "In order to deliver a personalized experience to every customer in real time, advanced artificial intelligence and machine learning technologies that enable you to understand and predict customer behavior are needed. We produce solutions that make these tools easy and accessible."

Sequoia Capital has realized the public offerings and acquisitions of more than 250 companies so far. One of the biggest acquisitions to date was the sale of WhatsApp to Facebook. Following the investment made by Galata Business Angels (GBA) investment thrust in 2014, its $3 million thrust in 2018 has been the largest angel investor thrust so far Turkey by 30 times.

The PILOT program launched by Türk Telekom, which aims to support the dreams of entrepreneurs in Turkey has received applications.

The applications from entrepreneurs are evaluated according to criteria such as potential for cooperation, inventiveness and the applicability of the idea, size of targeted market and potential for growth, consistency of business model and competence of the team.

The teams applying to PILOT will participate in training in the 12-week enterprise acceleration program and will work to confirm business models by conducting mentoring and customer interviews. In the program, entrepreneurs will receive training from experts in areas such as business model development, growth models, digital marketing, sales and investor presentation. While the teams will be able to work with Türk Telekom managers throughout the program, they will be able to access the mentor network of leading entrepreneurs and investors of the entrepreneurship ecosystem. At the end of the program, the teams are expected to unveil a minimum viable product (MVP) based on a validated business model and present the MVPs and business models they have developed at the Demo Day event, attended by select investors.

At the end of the five periods of the PILOT program, the first private sector enterprise acceleration program in Turkey, a 45 enterprises graduated from the program provided with TL 2 million in total cash support.