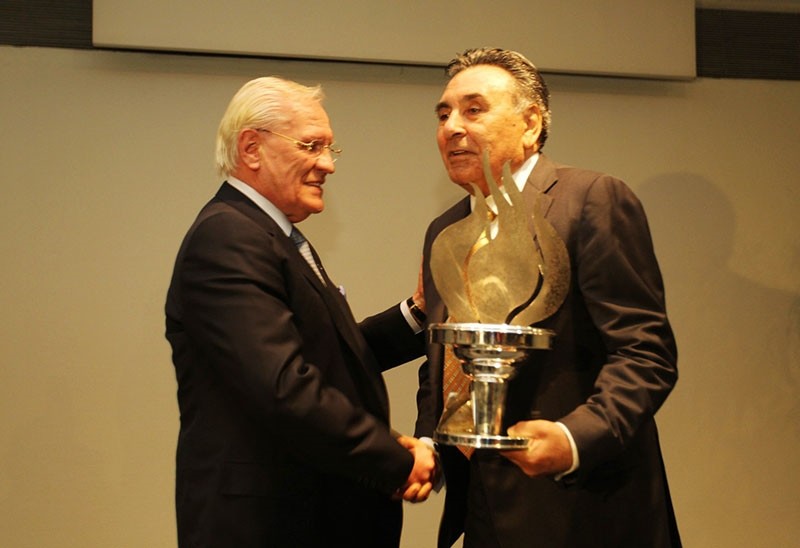 One of Turkey's largest media corporation, Doğan Media Group led by Turkish media magnate Aydın Doğan, announced Thursday it is currently in talks to sell its newspaper and television businesses to another Turkish conglomerate, Demirören Holding, for $1.1 billion.

Turkish media outlets reported Wednesday that the two groups had agreed for the sale for $1.2 billion, citing unnamed sources from both parties. A Demirören official, asking to remain anonymous, confirmed the deal to Reuters. The official did not give a price for the transaction, adding it would be officially announced later on Wednesday.

Early Thursday, Doğan Holding said in a statement published in the Public Disclosure Platform (KAP) of Borsa Istanbul that the two parties are currently negotiating for the sale of its media businesses, including Doğan News Agency (DHA), Hürriyet, Posta Fanatik newspapers and the group's printing and distribution facilities, Kanal D and CNN Türk television channels and the D-Smart digital broadcasting platform. The base stock value of the negotiations was announced at $890 million, deducting debts from $1.1 billion business value.

Turkish media outlets reported that Demirören Media Group, which owns Milliyet and Vatan newspapers previously acquired from Doğan in 2011, has a foreign partner for the acquisition.

Aydın Doğan, 81, who controls a business empire employing some 16,000 people with operations in the energy, retail and manufacturing sectors, first entered the media business in 1979 by acquiring Milliyet newspaper. In addition to acquisition of Kanal D from Doğuş Group in 1994, Doğan acquired Hürriyet and launched Posta newspaper in 1995, forming a considerable media group with various other theme publications and TV stations. He then formed CNN Türk in partnership with U.S.-based cable news broadcaster CNN International in 1999, and acquired the country's first English language newspaper, Turkish Daily News, in 2000, which was renamed as Hürriyet Daily News in 2008. Under Doğan's leadership, the media group followed a secularist publication policy, shifting between center and center-left at times.

Doğan was successful in maintaining his media empire while keeping his other businesses profitable through the tumultuous 1990s and early 2000s, a period in which numerous media patrons went bankrupt, but his involvement in domestic politics and pro-military publication policy prior to and after the Feb. 28, 1997, military intervention, dubbed as the "post-modern coup," alienated many others, especially conservatives.

After the Justice and Development Party (AK Party) came to power in 2002, the media group initially strictly opposed the government, but softened its tone after drawing the ire of officials and the public in numerous cases.