Trump seeks tariffs on $50B in Chinese imports 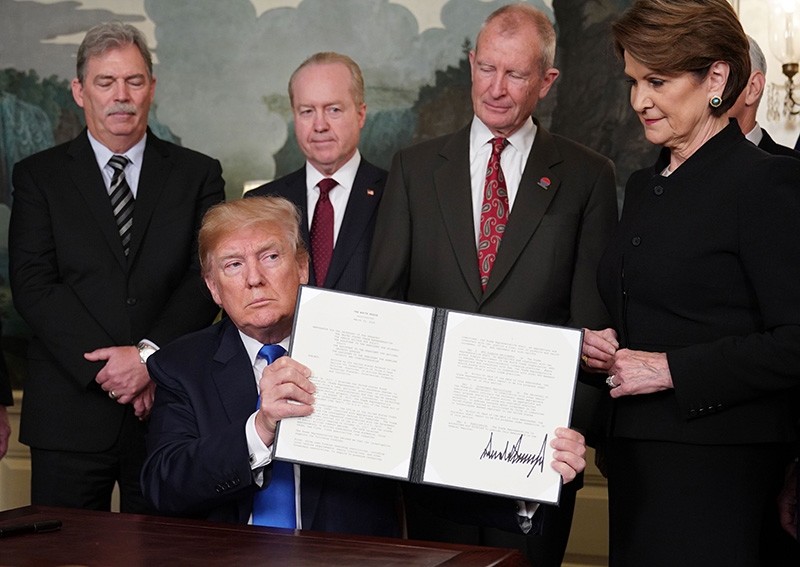 President Donald Trump has taken the first step in imposing tariffs on nearly $50 billion worth of Chinese imports.

The order signed Thursday is aimed at punishing Beijing for stealing American technology and pressuring U.S. companies to hand it over. Trump says the U.S. and China have "the largest (trade) deficit of any country in the history of our world" and blames that deficit for lost American jobs.

He says the move will make the U.S. a "much stronger, much richer nation."

In addition, Trump will also direct the U.S. Treasury to propose measures that could restrict Chinese investments in the United States, Eissenstat said.

The tariffs and investment restrictions will be imposed under the U.S. Trade Representative's "Section 301" investigation into alleged misappropriation of U.S. intellectual property by China.