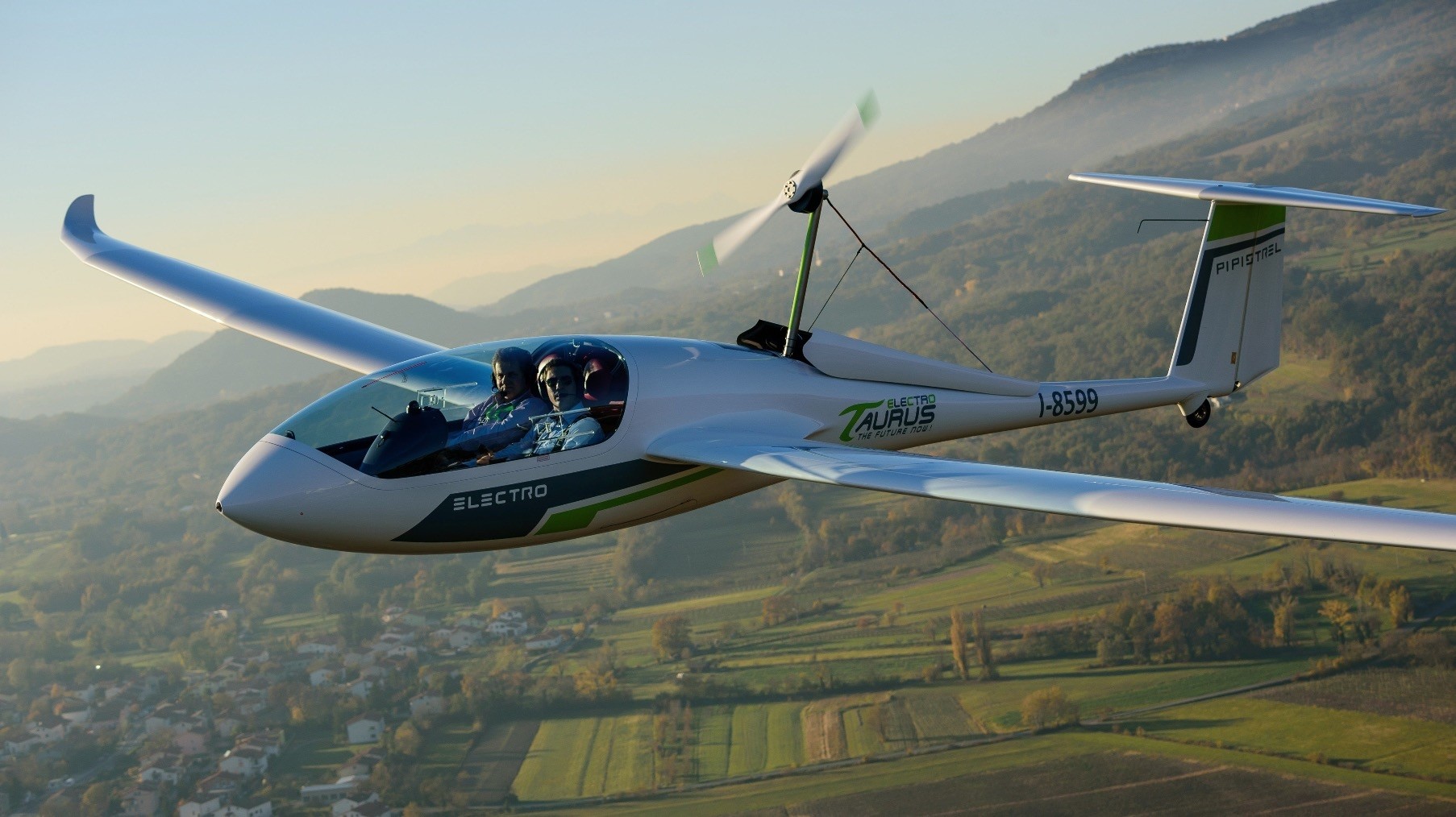 A Pipistrel Taurus Electro electric two-seat airplane flies above Ajdovscina.
by Apr 09, 2018 12:00 am

As the number of air passengers is expected to almost double by 2036, aviation's impact is to increase substantially if nothing is done. The airline industry aims to cut its CO2 emissions in half by 2050 from the 2005 levels

Will we someday be able to fly without the guilt of causing environmental damage? A handful of firms and regulators hope that the electric revolution in cars will also take to the skies, helping the industry cope with an expected boom in travel and reduce greenhouse gas emissions.

"Many people say that we must get rid of air transport because we will never be able to deal with emissions and noise, but this is an outdated approach," said Norwegian Transport Minister Ketil Solvik-Olsen, who recently hosted an aviation conference in Oslo. Norway, the largest oil and gas producer in Western Europe, is paradoxically a pioneer in the field of electric transport. The Nordic nation aims for all new vehicle registrations to be zero emission by 2025 and launched a first electric ferry in early 2015. After land and water, the northern kingdom is now turning to the sky with the goal of electrifying all short haul flights in just over 20 years. "In my mind, there is no doubt: By 2040 Norway will be operating totally electric," said Dag Falk-Petersen, head of the country's public airport operator, Avinor.

Air transportation's impact on global warming is estimated at around 5 percent through CO2 emissions and other substances, including nitrogen oxide and water vapor. As the number of air passengers is expected to almost double by 2036 to 7.8 billion per year, according to International Air Transport Association (IATA) projections, aviation's impact is on a course to increase substantially if nothing is done. Meanwhile, the airline industry aims to cut its CO2 emissions in half by 2050 from 2005 levels. While the international umbrella group Climate Action Network (CAN) says these goals are unrealistic, some airlines are beginning to look at electric-powered aircraft as an answer. The small regional carrier Wideroe Airlines, operating in Norway's far north, plans to renew its fleet of twin-engine Bombardier Dash 8 planes with electric-powered aircraft by 2030.

"Aircraft producers see that they have to do it because otherwise there will be a new Tesla taking their positions," said Falk-Petersen, referring to how the upstart U.S. electric car manufacturer has shaken up the traditional automobile industry. Both of the major manufacturers of large passenger aircraft, Airbus and Boeing, are exploring the viability of electric planes. Airbus aims to develop a hybrid model called E-Fan X, and has teamed up with British engine maker Rolls Royce and German industrial group Siemens. The first flight is planned for 2020.

"One of the biggest challenges is electricity storage," Glenn Llewellyn, general manager for electrification at Airbus, told Agence France-Presse (AFP).

As with cars, the performance of batteries is a critical element, with the added problem that they are heavier than fuel and carrying them into the air is the most-energy intensive part of the flight.

"But at the same time battery technology is probably the technology in the world which has the most investment. So it will evolve," added Llewellyn.

Zunum Aero, a start-up partly financed by US aeronautics group Boeing, meanwhile plans to bring a 12-seat hybrid plane to the market by 2022.

"The price that we're targeting is very much in line with the current aircraft but the operation cost is just a fraction, it's literally 60 to 70 percent lower than an equivalent aircraft in operation right now," said the startup's founder Matt Knapp. The expected lower operating costs of electric planes, both due to cheap electricity and simpler motors, means that the highly competitive airline industry could end up adopting them quickly. Several years ago, Airbus offered updated aircraft with 15 percent fuel savings, and as jet fuel is a major cost for airlines, they quickly placed orders for thousands as they tried to get ahead of rivals. The transition to electric could also provide another advantage: they are much quieter, meaning they may win exceptions to restrictions imposed due to noise near residential areas.