FIFA to team up with investors in a $25 billion, 12-year deal 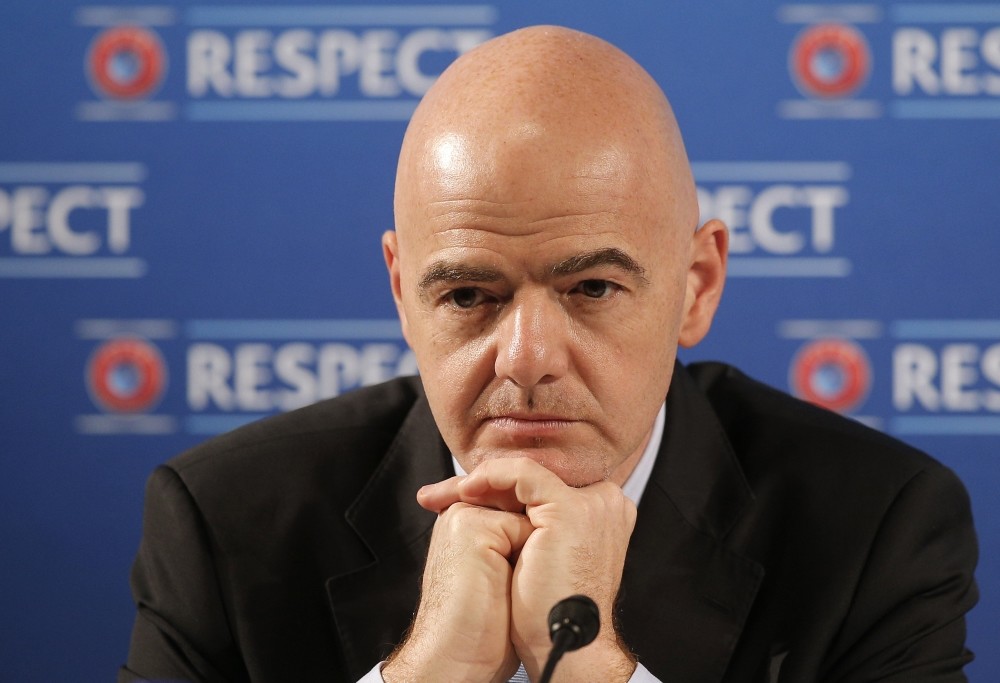 FIFA is planning to team up with Saudi Arabian, Chinese and American investors in a $25 billion, 12-year deal that could add two major international tournaments to an already crowded football calendar. With preparations for this year's World Cup in Russia reaching a climax, FIFA President Gianni Infantino is looking to launch an expanded 24-team Club World Cup - played every four years starting in 2021 - and a separate global competition for national teams every two years. FIFA would have a 51 percent stake in the joint venture with the investors underwriting guaranteed revenues of at least $25 billion, people with knowledge of the plans told The Associated Press on Tuesday. The Club World Cup is currently a seven-team event played each December and usually won by a European club. The Champions League winner joins the five other continental club champions and the host nation's league champion. FIFA's financial report says the 2017 edition in Abu Dhabi earned $37 million.

A revamped Club World Cup would kill off the mostly unpopular Confederations Cup, currently a warm-up tournament for the following year's World Cup host nation. The second innovation, known as the Nations League, would replace the Confederations Cup as FIFA's second-tier competition in a format yet to be decided. The new competitions could secure long-term revenue for many of the 211 FIFA member federations who rely on its financial support. It also would provide a strong platform for Infantino to run for re-election next year.

Still, the project is far from certain to succeed and is likely to face a hostile reception in Europe, which hosts the world's biggest stars and most popular club competitions. FIFA has put pressure on soccer's continental governing bodies for a quick decision.

Infantino said at a FIFA Council meeting in Colombia last month that the offer from investors he declined to identify - citing a nondisclosure agreement - was open for only 60 days. The deadline expires in mid-May, and meeting it would need FIFA to lead an intense round of consultation. UEFA, the governing body of European football, said Tuesday the FIFA president had "mentioned an alleged offer to buy some rights" in Bogota, apparently confirming a report in the New York Times that the consortium wanted control of the Club World Cup and Nations League. UEFA already organizes the globally popular Champions League and any rival club competition could be a threat to its broadcast sales worldwide. The FIFA proposal also uses the Global Nations League format which UEFA developed and revealed last October. FIFA is likely to explore broadcasting deals with video streaming services and could bypass traditional television networks which hold World Cup rights. Revenue of $2 billion is projected for each of six editions from 2023-33, and $1 billion for a first competition in 2021 when UEFA is committed to the second edition of its own version.