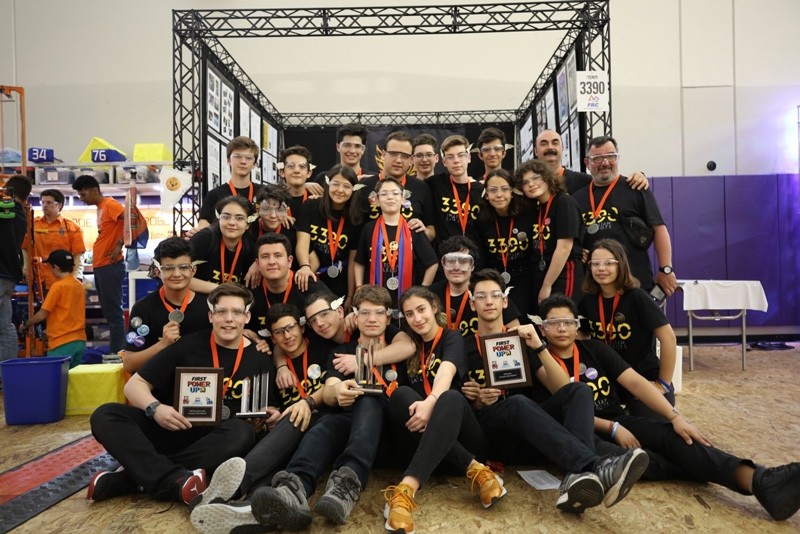 Students from Ankara's Tevfik Fikret High School won two awards at the Aerospace Valley Regional FIRST Robotics Competition (FRC) held in Los Angeles on April 4-7, for the organization known as For Inspiration and Recognition of Science and Technology (FIRST).

Tevfik Fikret's FRC robotics team, the 3390 Anatolian Eaglebots, created their robot project after six weeks of intensive work. After making it to the finals following the playoff rounds, the team of Turkish high school students won the "Finalist" and "Team Spirit" awards.

They will participate in the FRC Championship to take place on April 18-21 in Houston. Team mentor Müfit Alkaya stressed that team becomes more successful every year and expressed their happiness to return to Turkey with awards.