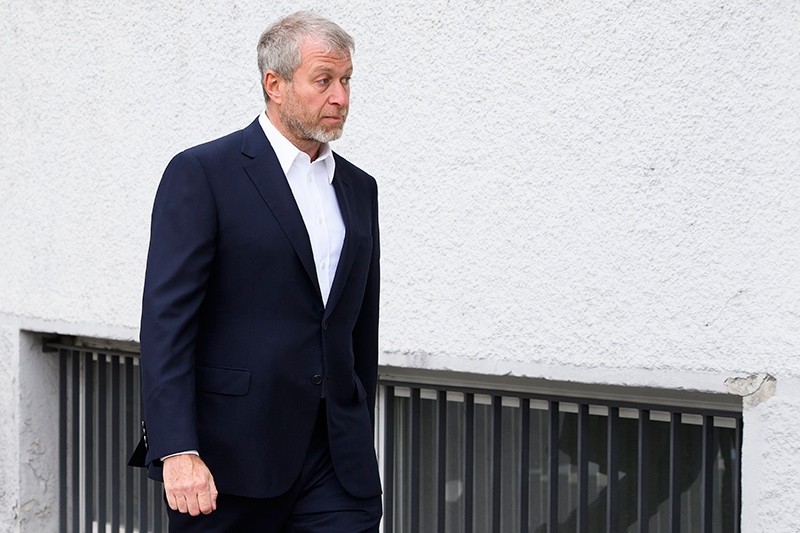 Russian oligarch Roman Abramovich arrives at the District Court of Sarine in Freiburg, Switzerland, May 2, 2018. (EPA Photo)
by Associated Press
May 02, 2018 12:00 am

Russian billionaire and Chelsea soccer club owner Roman Abramovich has appeared in a Swiss court as part of a 19-year-old legal case aimed to wrest 46 million Swiss francs ($46 million) in debts allegedly owed by him and others to a European bank.

Abramovich was in Fribourg court as part of a lawsuit brought by the London-based European Bank for Reconstruction and Development against Abramovich, Russian oil tycoon Eugene Shvidler, and the Russian energy company Gazprom Neft, a bank spokesman said Wednesday.

The suit aims to recover alleged debts left behind by Abramovich's now-defunct Runicom trading firm, which was based in Switzerland until its bankruptcy in 2003.

The initial amount sought by EBRD was $17.5 million, but the claim has grown to $46 million to include interest and costs.