China's trade surplus with US increases to $22.2B 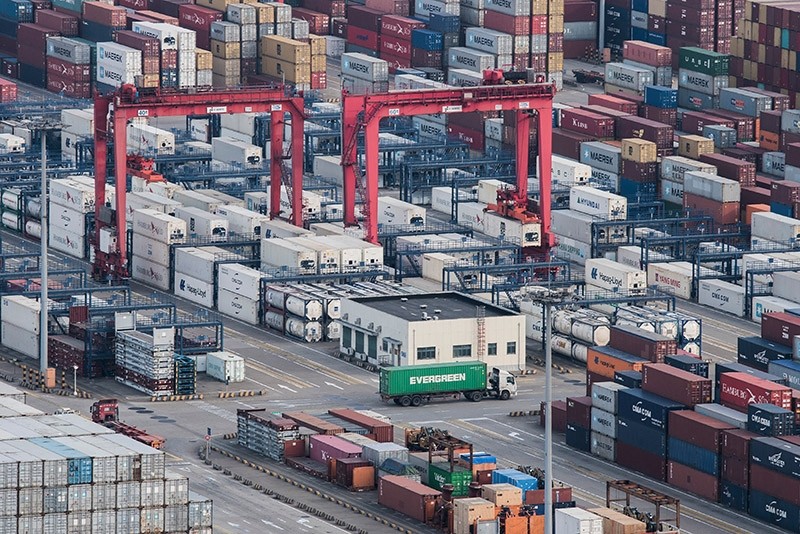 China's exports rebounded last month from a brief downturn while its politically sensitive trade surplus with the United States expanded, according to official data released Tuesday.

Customs data showed that exports jumped 21.5 percent from a year earlier in April, bouncing back from a contraction the previous month thanks to resurgent global demand.

Imports expanded 12.9 percent year-on-year in dollar terms, leaving the country's politically sensitive monthly trade surplus with the rest of the world at $28.8 billion, a turnaround from the previous month's $5 billion deficit.

China's trade surplus with the U.S. swelled to $22.2 billion, up from $15.4 the previous month, as its exports to the U.S. grew at double digit rates.

The latest figures come as China and the United States spar over Beijing's perennial trade surplus. U.S. officials traveled to Beijing last week for talks with their Chinese counterparts to resolve the issue but made little progress.

China's trade surplus with the U.S. totaled $80.4 billion in January-April.

Among the list of hard-line demands that President Donald Trump's delegation handed China last week was an ultimatum to cut $200 billion from its annual trade surplus with the U.S. by 2020. Last year's surplus totaled $375 billion.

China's Commerce Ministry said the two sides had agreed to establish a mechanism to try to resolve their dispute, though differences remained, Chinese state media reported.

U.S. President Donald Trump has threatened to hike tariffs on $150 billion in Chinese imports. China's communist leaders have countered by outlining $50 billion in U.S. goods that they would target with retaliatory duties.