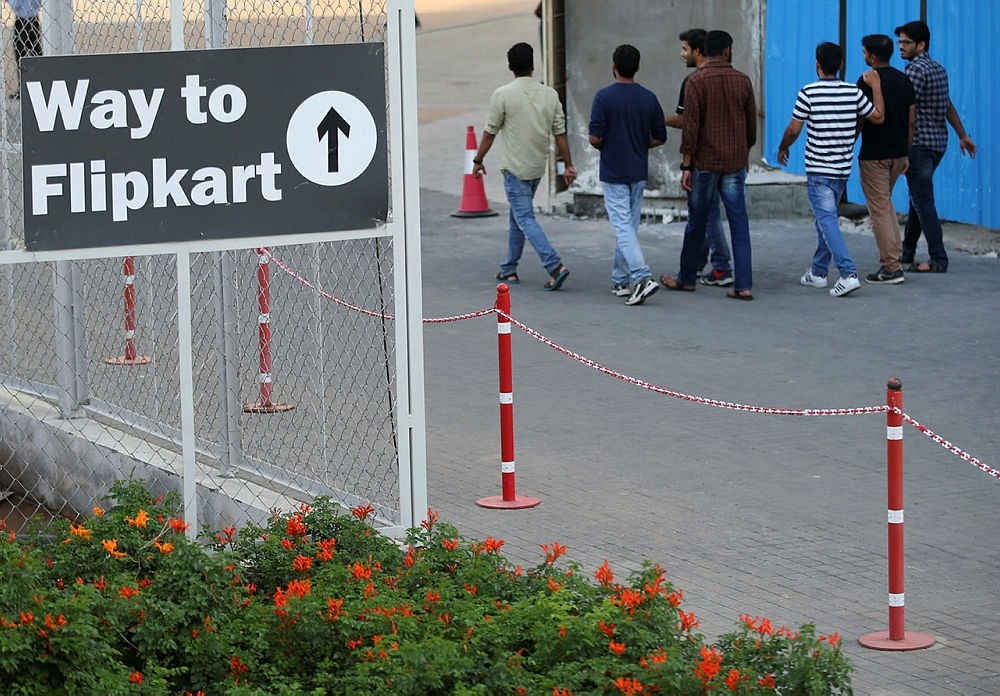 Walmart is paying $16 billion for a controlling stake in India's giant online retailer Flipkart, breaking into a fast-growing economy where it has struggled to establish a foothold.

Online sales have exploded in India over the past couple years. Walmart and Amazon have been fighting hard to catch up to Flipkart. Its delivery drivers, with their motorcycles and oversized backpacks, have become ubiquitous across the nation of 1.3 billion people. Online sales totaled $19.6 billion in India in 2017, according to a Forrester report, and are expected to grow far larger in 2018.

Walmart said Wednesday that it will own approximately 77 percent of Flipkart.

"India is one of the most attractive retail markets in the world, given its size and growth rate, and our investment is an opportunity to partner with the company that is leading transformation of e-commerce in the market," Walmart president Doug McMillon said.

The announcement ended months of speculation that Walmart, the world's biggest retailer, was preparing to take over Flipkart. Both had repeatedly declined to comment on the talks.

Walmart said it would pump $2 billion of new equity into Flipkart, giving the Indian e-tailer a bigger war chest to fight off a huge challenge from Amazon, which is rapidly expanding its reach.

Binny Bansal, Flipkart's co-founder and group chief executive officer, said the deal "is of immense importance for India and will help fuel our ambition to deepen our connection with buyers and sellers and to create the next wave of retail in India."

The founders of Flipkart, former Amazon employees Sachin Bansal and Binny Bansal, will own a piece of the rest.