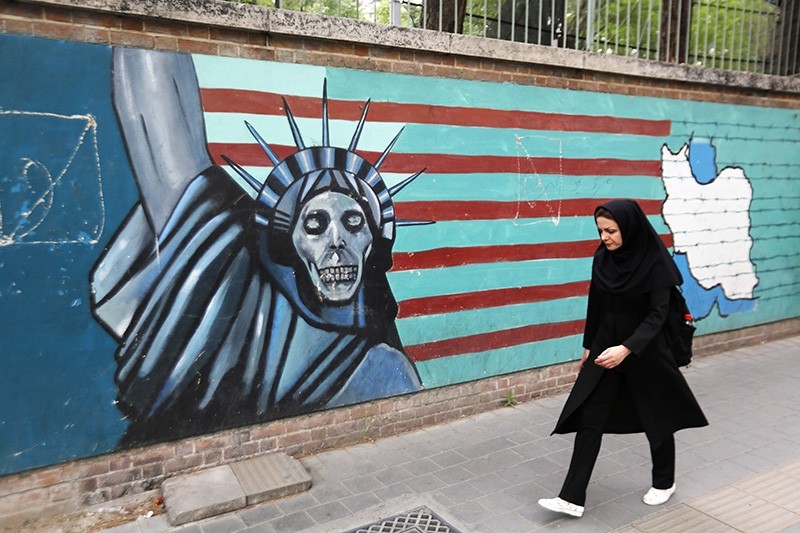 In the first such action since President Donald Trump withdrew from the Iran nuclear accord, the Treasury announced sanctions against six Iranian individuals and three companies tied to the IRGC who were part of the exchange network, which it said handled "hundreds of millions" of dollars in exchange transactions.

"The Iranian regime and its Central Bank have abused access to entities in the UAE to acquire U.S. dollars to fund the IRGC-QF's malign activities, including to fund and arm its regional proxy groups, by concealing the purpose for which the U.S. dollars were acquired," said Treasury Secretary Steven T. Mnuchin.

The crackdown comes two days after Trump withdrew from the 2015 arms accord and as U.S. Secretary of State Mike Pompeo pushes allies in Europe, Asia and the Middle East to pressure Iran to return to negotiations over its nuclear and missile programs.

Trump's decision has given grace periods of 90 days to six months for companies to wind down their trade with Iran.

In February 2015, Reuters reported that at least $1 billion in cash had been smuggled into Iran despite U.S. and other sanctions. Before it reached Iran, the cash was passed through money changers and front companies in Dubai, in the United Arab Emirates, and Iraq, sources told Reuters.

Before the 2015 nuclear deal was reached, front companies had mushroomed in Dubai to facilitate payments to Iran. The use of multiple front companies, which bought dollars from currency traders in Dubai and Iraq, was preferred as it concealed the overall size of the dollar purchasing operation.