Turkish business world looks to expand its presence in Africa 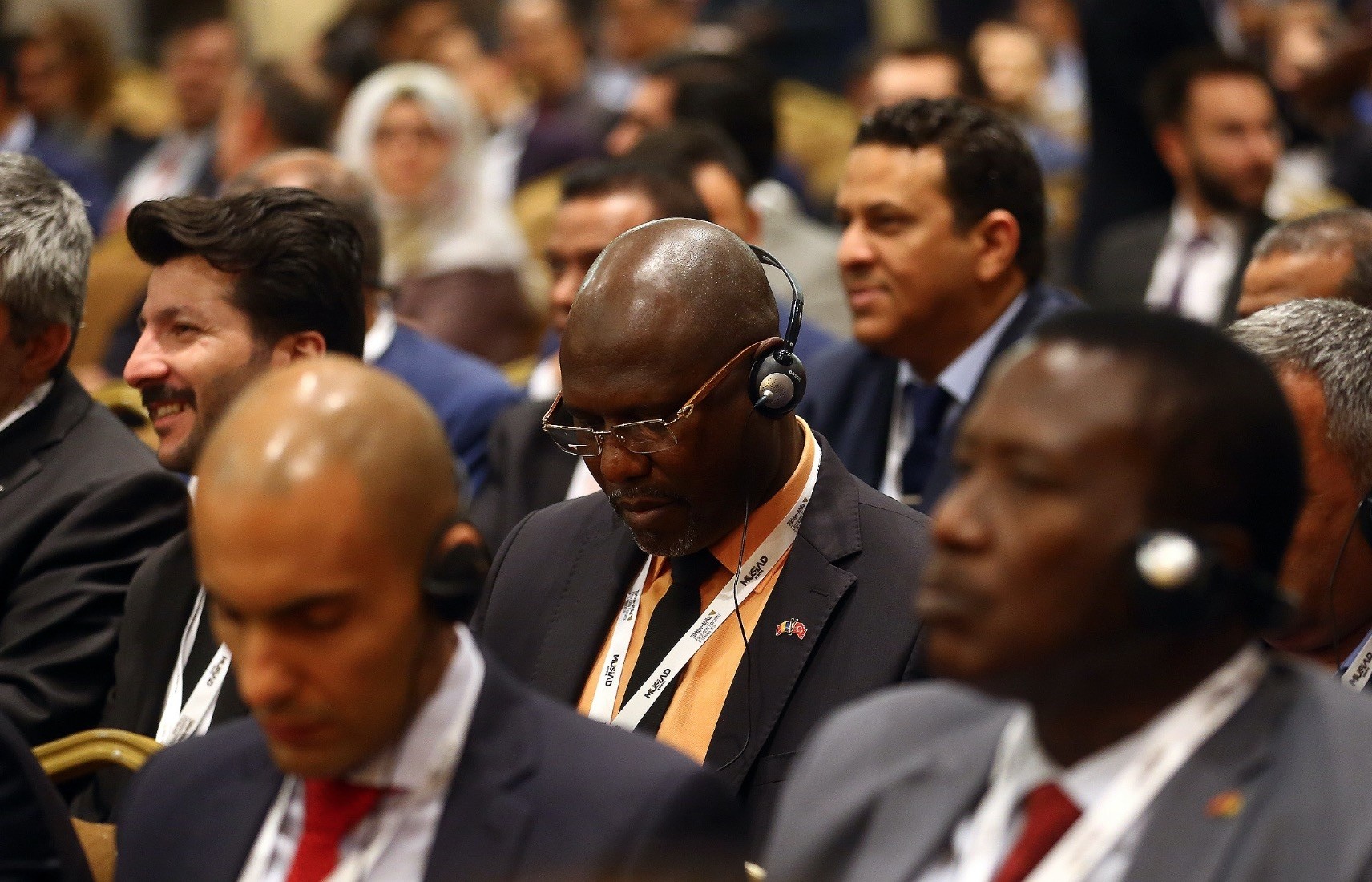 Turkish and African businesspeople convened at the Turkey-Africa Economic Forum organized by Independent Industrialists and Businessmen Association (Mu00dcSu0130AD), Konya, May 9.
by Alen Lepan May 10, 2018 12:00 am

One of Turkey's leading agricultural provinces, Konya, hosted more than 150 businessmen and 33 ambassadors from Africa at the Turkey-Africa Economic Forum, where B2B meetings and discussions on potential investments took place

Turkey continues to show determination to increase its positive engagement in the African continent and strengthen economic and strategic ties within the scope of the official "Opening to Africa" policy. Initiated by the President Recep Tayyip Erdoğan in 2005, the initiative has resulted in a significant increase in the bilateral trade between Turkey and African countries over the past years. The latest example came from one of Turkey's most important agricultural provinces, Konya, which hosted on Wednesday the Turkey-Africa Economic Forum, organized by the Turkish Independent Industrialists and Businessmen's Association (MÜSİAD).

Also, business-to-business (B2B) meetings were held in which Turkish investors and trade representatives from African countries came together to discuss investment opportunities in the continent.

MÜSİAD is a strong capital platform that operates in 73 countries with 197 contact points, the association's Chairman Abdurrahman Kaan said in his opening speech.

"We have branches in South Africa, Sudan and Nigeria, while we have representation offices in Benin, Ivory Coast, Mauritania, Niger, Senegal, Morocco and Chad. Our work and official contacts continue; we declared 2018 as the Africa year, we aim to be active in a total of 30 African countries at the end of this year," Kaan said.

"In this context, we are carrying out negotiations to open representative offices in Ethiopia, Ghana, Uganda, Tanzania, Kenya, Somalia and the Democratic Republic of Congo. I hope that we will appoint our representatives to these countries as soon as possible. We are working diligently to expand our organization in Africa in the new period," he added.

Kaan also said that as the business world, they are able to make investments in these countries easily because the political and diplomatic relations between Turkey and the continent continue at a high level of satisfaction.

In an exclusive interview with Daily Sabah on the sideline of the event, Kaan said the business body has determined three important regions for itself for the upcoming period.

"One of these is Africa and we have declared 2018 as an Africa year. For this reason, we have made our branches in Konya and Ankara responsible for the organizations regarding the continent," he said.

He highlighted the importance of the African market in terms of investments opportunities.

Indicating that the government, particularly President Erdoğan, has recently made important initiatives regarding Africa, Kaan stressed MÜSİAD aims to be a part of this expansion and contribute to Turkey's economy.

He said Turkey will increase its exports to the continent in the upcoming period. Recalling the country's aim to achieve $500 billion in exports volume by 2023, Kaan said in order to increase its exports volume, Turkey has to do both exports and imports. "From this point of view, we have decided to concentrate on Africa. So we initiated these kinds of events," he added.

Elaborating on the new projects in Africa, Kaan said: "We are starting in Sudan, where the business body has a branch. Our members have been doing business there for 15 years. We will carry out a culture and trade center project in Sudan. In addition, there is a cultivated area of 780,000 hectares that Sudan's government has given to Turkey. We have projects related to this agricultural area."

Also speaking at the opening ceremony of the economic forum, Food, Agriculture and Livestock Minister Ahmet Eşref Fakıbaba pointed to the importance of carrying out such an organization in the agricultural city of Konya. The minister indicated that the province was one of the most important cultivated areas in Turkey. He added that the ruling government has given great importance to agriculture since 2002 and industry was and will continue to be supported.

"Africa has about 15 percent of the world's population," Fakıbaba said, noting that the continent has 25 percent of arable land in the world, while its share in the global economy is just three percent.

"Hopefully, we will be there not for the sake of profit as politicians and businessmen, but to gain the hearts of Africans and to strengthen our ties with them. As the ministry, we are initiating our first venture in Sudan and we invite all of our businessmen to other African countries," the minister said. He also added that in the context of promoting durable and sustainable agriculture in Africa, four business association areas are at the forefront.

He also cited that another concrete indication that the agricultural relations with Africa are improving day by day, is a total of 30 bilateral agreements signed with the African countries in the fields of food, agriculture and livestock.