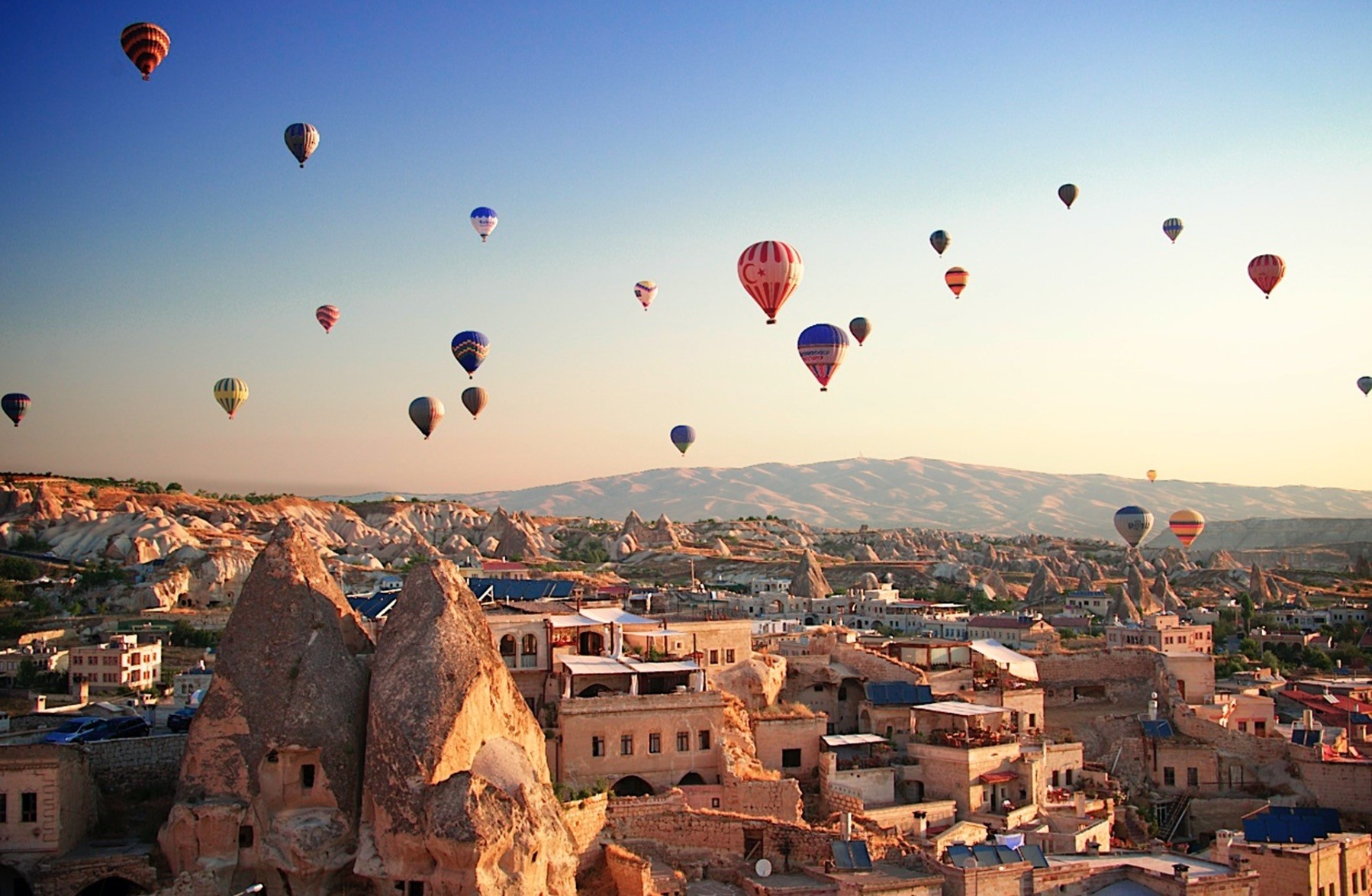 Chinese businesspeople are planning to invest in Nevşehir, the central Anatolian province famous for Cappadocia, perform economic and commercial operations, and import a number of products from the city. To that end, a protocol agreement was signed between the Bureaucrats and Businessmen's Association of Nevşehir (NEVBİAD) and the Istanbul Chinese Businessmen and Industrialists Association (ICBIA) to increase mutual investments between Turkey and China, attract more tourists from China to Cappadocia and organize common cultural, touristic and economic activities.

Xiangyang pointed to the significance of the protocol and stated that ICBIA has a broad spectrum of members operating in key sectors such as finance, communications, infrastructure, energy and transportation.

He said the economic cooperation between China and Turkey has increased gradually, stressing that Turkey is located in a very important strategic point of the old Silk Road and has a significant geographical advantage in this regard.

Xiangyang said that the cooperation between NEVBIAD and ICBIA will contribute to the improvement of mutual understanding, the sharing of experiences, the development of commercial and economic relations, as well as the enhancement of traditional bonds of fellowship. Pointing out that the Chinese economy has switched from rapid growth to high-quality growth, Xiangyang said the commercial relations between the two countries will increase rapidly due to the rapid development of the Turkish economy and Turkey's position in the central corridor.

Xiangyang recalled that China declared 2018 as "Turkey Tourism Year" and that Turkey expects a large number of Chinese tourists.

"There is no doubt that there will be many success stories in the short and long term as a result of the cooperation between Chinese and Turkish companies," he said.

Xiangyang said he finds Cappadocia's economy very viable, adding that many Chinese tourists come here, and this number will increase in the near future.

"There is a huge import festival in China. We want to bring region-special products to China. For example, we can import wine and agricultural products from Nevşehir to China. Five to six of the major Chinese companies operating in Istanbul and exceeding 70 in number are here," he said.

"For example, the world's largest bank ICBC, Huawei and contracting company Power China are here. These companies make examinations here. They have taken Nevşehir and Cappadocia in their scope to invest here. Because now Chinese companies have begun to examine places like Nevşehir outside Istanbul," he added.

NEVBİAD Chairman Kazım Tekin said that the association established four years ago is actively engaged in its work and that as a nongovernmental organization, they have carried out various contacts in order to increase friendship with the countries in good relations within the frameworks set by the government.

Tekin stated that they started mutual consultations with Chinese businesspeople in this context in order to collaborate, increase mutual investments and enhance friendship and good relations, noting that these consultations are the result of a protocol document.

He also noted that this document was approved by the Ministry of Foreign Affairs and that today they hosted Chinese businesspeople and officials from Chinese companies operating in Istanbul.

Explaining that their intention is to ensure that Chinese companies and businesspeople invest more in Nevşehir and attract more Chinese tourists to Cappadocia, Tekin reported that they believe the investments will increase after this protocol.

Regarding the works conducted to increase the number of Chinese tourists, Nevşehir Governor İlhami Aktaş said that they will promote the city by participating in three different fairs to be organized in China by the Nevşehir Governor's Office, underlining that they fully believe the agreements will improve mutual relations and adde

d that bilateral relations between the countries will be further improved.