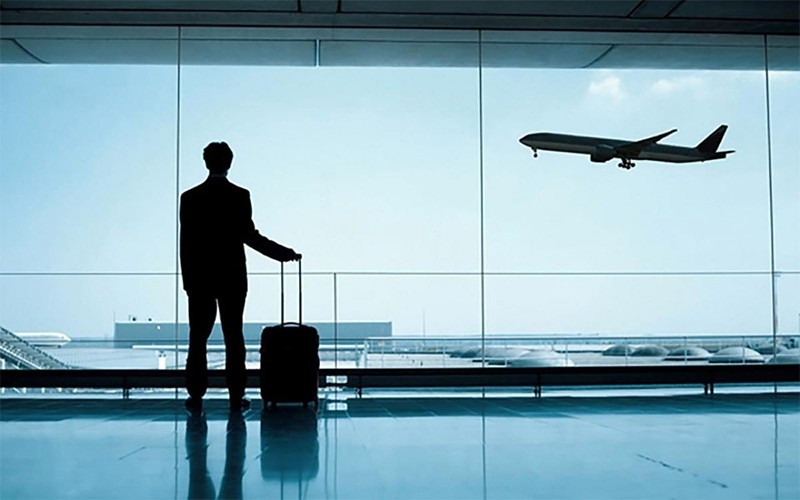 The International Air Transport Association (IATA) on Monday forecast airlines' combined profits would be 12 percent lower than it had expected in December, at $33.8 billion in total, in large part because of costlier fuel.

The lower figure, while still considered healthy for the sector, reflected the impact of soaring oil prices which have hit 3.5-year highs following the U.S. pullout from the Iran nuclear deal and unrest in Venezuela.

Brent crude is trading at around $76 a barrel, up nearly 50 percent from a year ago.

IATA chief executive Alexandre de Juniac said airlines had so far faced no "significant decline" in passenger or cargo traffic, but warned that both would suffer if trade tensions continued.

"Generally, we think... that all these barriers to trade are bad news from an industry standpoint," de Juniac told reporters.

IATA forecast passenger yields, a proxy for airfares, will rise by 3.2 percent this year, in the first annual gains since 2011, as airlines look to recoup rising costs.

American Airlines CEO Doug Parker also forecast that fares could rise as capacity is reined in amid higher oil prices.

China Eastern Airlines Corp Ltd has said it would consider using newly launched yuan-denominated oil futures to hedge oil for the first time in a decade, but others, like Emirates and Delta Air Lines have no plans to return to hedging as a result of the recent oil price increases.

"I think rushing to get hedged when the prices go up is a bit dumb and when they go down they get complacent again," CAPA Centre for Aviation Executive Chairman Peter Harbison said.

"It stabilizes earnings; it doesn't stop the rising costs happening," he said.

Other carriers, such as Singapore Airlines Ltd and Air New Zealand Ltd, are well-hedged at lower prices but are being forced to hedge at higher prices as those contracts end, in keeping with their internal policies.

For example, London-listed IAG, the parent of British Airways, hedges up to three years in advance on a rolling basis. That means 80 percent of its fuel is hedged for the current first three months, a number that drops to 10 percent in the final quarter of the three-year period.

European carriers are also hedged between 50 and 90 percent as a way to give them better control of costs.

"We take a simple view that hedging is about buying time; it gives you time to address volatility," said IAG's chief executive, Willie Walsh.

The higher oil price is also expected to drive a new cycle of airlines' replacing older jets with more efficient newer generation models like the A320neo and 737 MAX narrowbodies and the A350, A330neo and 787 widebodies.

Australia's Qantas Airways Ltd is retiring gas-guzzling Boeing Co 747s more quickly than it had originally forecast and replacing them with twin-engine 787s.

IATA -- which represents 280 airlines that make up 83 percent of global air traffic -- said the sector had experienced nine years of gains, although operating profits have been trending slowly lower since early 2016 thanks to rising costs.

"2018 is a tougher year but the airlines have done a good job of managing the changing environment," de Juniac said. "This is a resilient industry that has been through almost two decades of significant and dramatic changes."

Among the regions, North American airlines were expected to record a net profit of $15.0 billion this year, representing 44 percent of the global total.

European and Asia-Pacific carriers are tipped to report their second-highest ever net profits of $8.6 billion and $10.1 billion representatively.

Latin American and Middle East airlines were also set to see their profits grow in 2018 on the back of stronger commodity prices, but African carriers are forecast to record losses of $100 million, the same as last year.