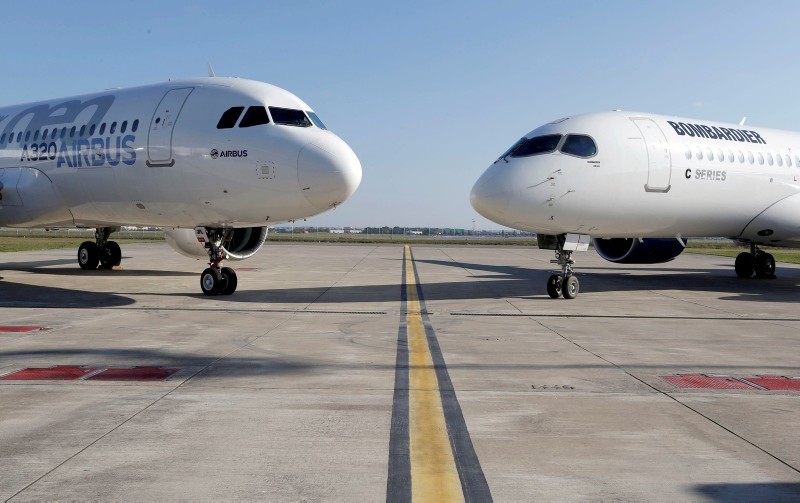 Aviation giants Airbus and Canada's Bombardier on Friday said they have finalized a partnership deal on the C Series airliner program, the latest move in a long-running battle for the skies against U.S. behemoth Boeing.

The partnership will see European aviation mammoth Airbus acquire a majority stake in the C Series program in a deal effective July 1, the two companies said in a statement.

The C Series is a state-of-the-art narrow-body aircraft largely built from composite materials. It complements Airbus' medium-range carrier, the A320, which can carry some 140 passengers.

Airbus and Bombardier said their partnership, first announced in October last year, has cleared all regulatory approvals and is ready for take-off.

Under the deal, the two companies will use an assembly line in Alabama to build aircraft for U.S. customers.

Boeing, Airbus's arch-rival, had successfully petitioned President Donald Trump's administration to impose financial penalties on Bombardier to keep it from selling its C Series planes in the massive U.S. market.

Boeing had accused Bombardier of manufacturing its 100-150 seat planes with Canadian public subsidies and selling them at a loss.

Heeding Boeing's call, Washington slapped duties on Bombardier CS100 and CS300 aircraft imported into the US.

By using an assembly line in the U.S., Airbus and Bombardier may have found a way forward.

"With the C Series' demonstrated in-service performance and the finalization of this partnership, the parties expect increased demand to support a second C Series Final Assembly Line in Mobile, Alabama, dedicated to supplying US-based customers," the statement said.

Celebrating their union, the two firms said it "brings together two complementary product lines, with 100-150 seat market segment projected to represent 6,000 new aircraft over the next 20 years".

Airbus and Bombardier said when they first announced their partnership that it was aimed at allowing significant production savings on the C Series aircraft and to make use of Airbus's international reach for sales.

"The strength of the entire Airbus organization will be behind the C Series," Airbus CEO Tom Enders said Friday.