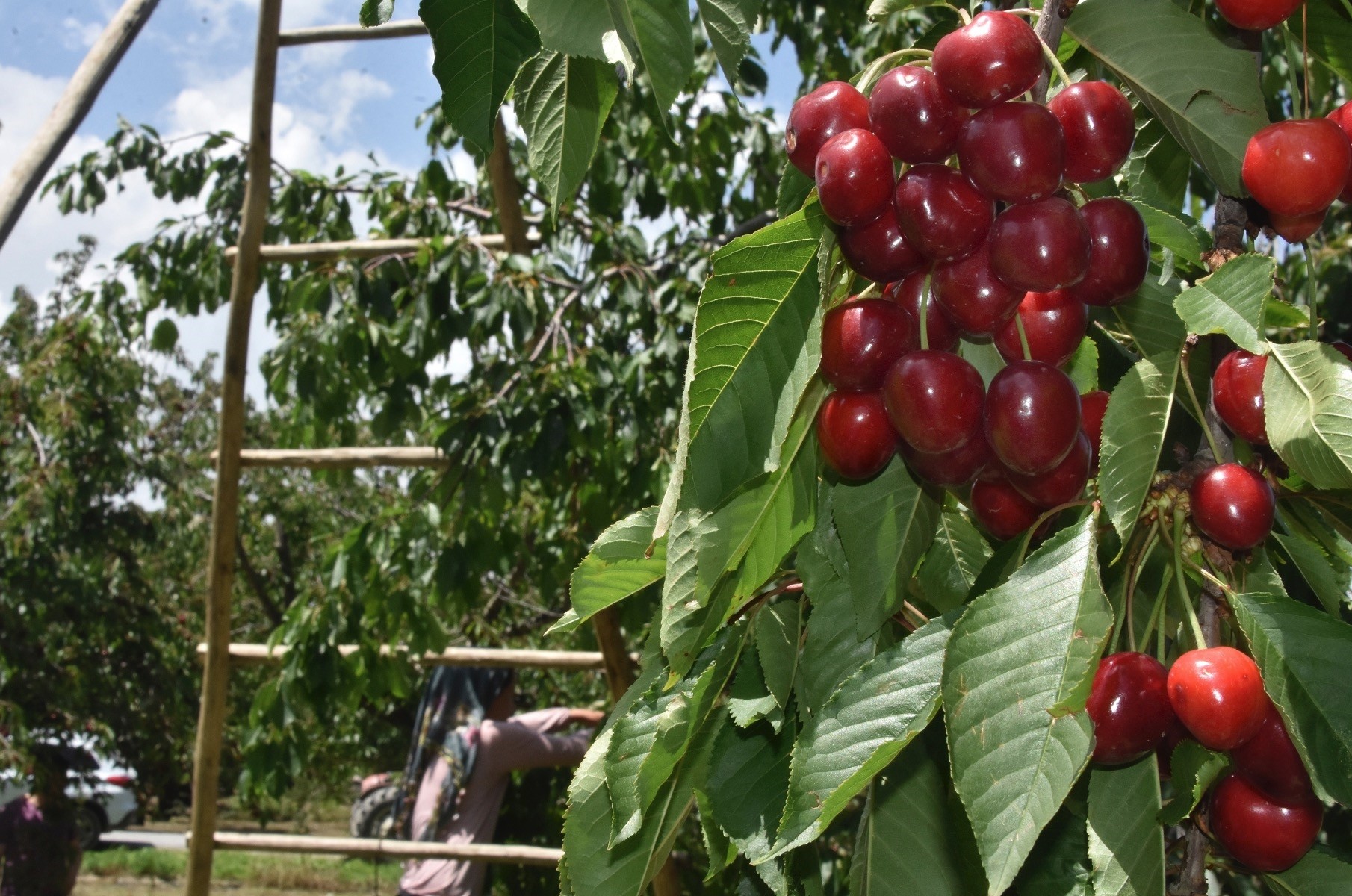 According to a statement released by the Turkish Airlines (THY) Press Office, a total of 600 tons of Salihli (Napoleon) cherries are due to be transported to Oslo on 10 special flights on the A330-type cargo planes during the cherry season. Cherries are sold in more than 1,600 stores across Norway.

Growing in provinces such as İzmir, Manisa, Isparta, Adana, Konya and Kahramanmaraş at altitudes of 500 and 2,500 meters in the Taurus Mountains, this type of cherry differs from its peers in the world with its flavor, durable structure and stalk length.

The cherries are loaded on air-conditioned vehicles on five-kilo pallets and are transferred to Atatürk Airport, the operation center of Turkish Cargo. The loading, transporting and unloading of the cherries take less than six hours, while the flight to Norway takes about three hours.

Elaborating on the cherry transport, exporter Veysel Tüysüz said that these delicious cherries grow on local soil, and exporters help carry this deliciousness beyond borders with the help of Turkish Cargo.

Tüysüz said that trucks carrying cherries to Norway in the past reached the region in six days. "Because of the long transportation time, our cherries could lose quality and become rotten. Now it is down to six hours, and within six days all of our products are consumed on Norwegian shelves," Tüysüz said.

"We have received demand from eight new countries while increasing our exports by 30 percent compared to the previous year. The speed and capacity advantage of Turkish Cargo is a great opportunity for us exporters," he added.

Sharing a video on his Twitter account, THY Press Advisor Yahya Üstün wrote, "Turkish Cargo, the air cargo flying to the most countries across the globe, carries the most delicious cherries in the world. Six hundred tons of Turkish cherries are being transported to Norway's capital Oslo with operations taking less than six hours."

Turkish Cargo makes a significant contribution to the shelf life of the Turkish cherry and its expansion to new countries along with the important cooperation of the cherry producers.