Hotel deal uniting Trump's company and Kushner Cos is over 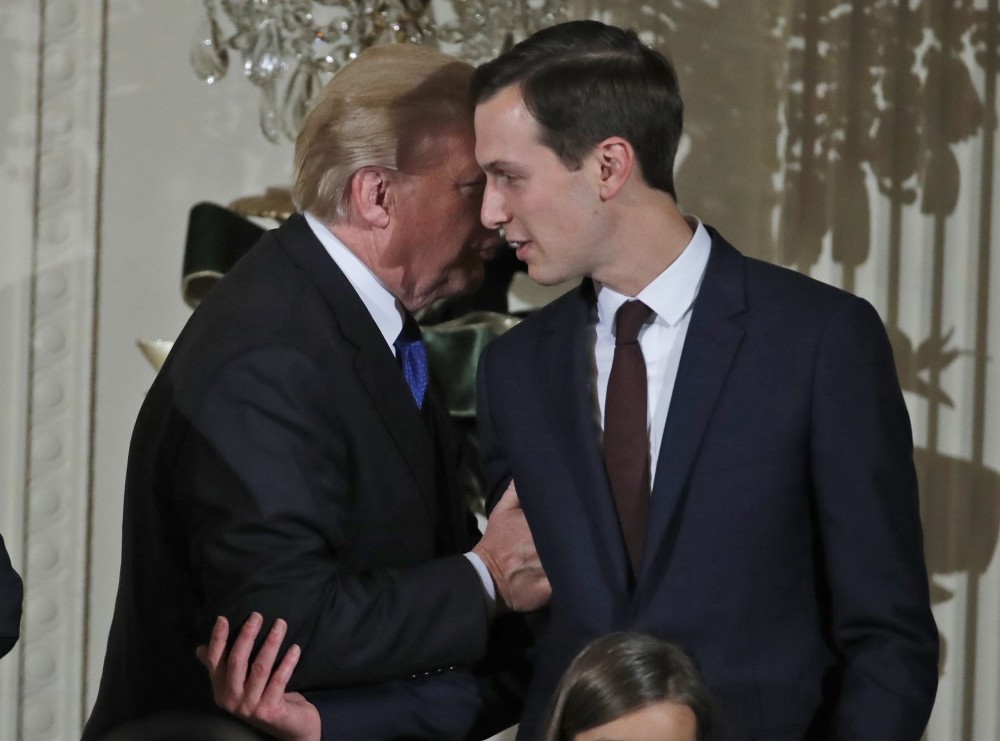 U.S. President Donald Trump speaks with White House Senior Adviser Jared Kushner as he departs after a reception in the White House.
by Associated Press Jun 23, 2018 12:00 am

A collaboration between the Trump Organization and Jared Kushner's family firm on a pair of hotels in New Jersey is over. The president's company is no longer managing a Kushner-owned hotel in Livingston and talks to strike a similar deal for a hotel in Long Branch have ended, a person familiar with the matter said Thursday. Ethics watchdogs have said the collaboration could have compromised Jared Kushner's role as an adviser to his father-in-law, President Donald Trump. The person who spoke to The Associated Press gave no reason for the end of collaboration, but noted the Kushners have recently hired a new head of their hotel operations with his own plans for the business. The president took in $20,000 of revenue last year for managing the Westminster Hotel in Livingston, according to his latest financial disclosure report. The planned hotel in Long Branch on the Jersey Shore would be attached to beachfront resort partly owned by the Kushner Cos. that includes hundreds of condominiums on sale for as much as $1.9 million. A hotel there would be part of an effort to lure weekend travelers, brought to the resort by a possible ferry service from New York City. For its part, the Trump Organization has been trying to expand beyond its luxury hotel business, and the new business managing hotels for others was part of that effort. The company's expansion plans also includes an effort to open dozens of mid-tier and budget hotels under two new brands, though that appears to be struggling lately under intense scrutiny of the president's business and the potential conflicts it raises with his public role. The end of the partnership was earlier reported by The New York Times. In its story, the Times said that the Trump Organization's outside ethics adviser, Bobby Burchfield, had raised questions about a potential Long Branch deal.