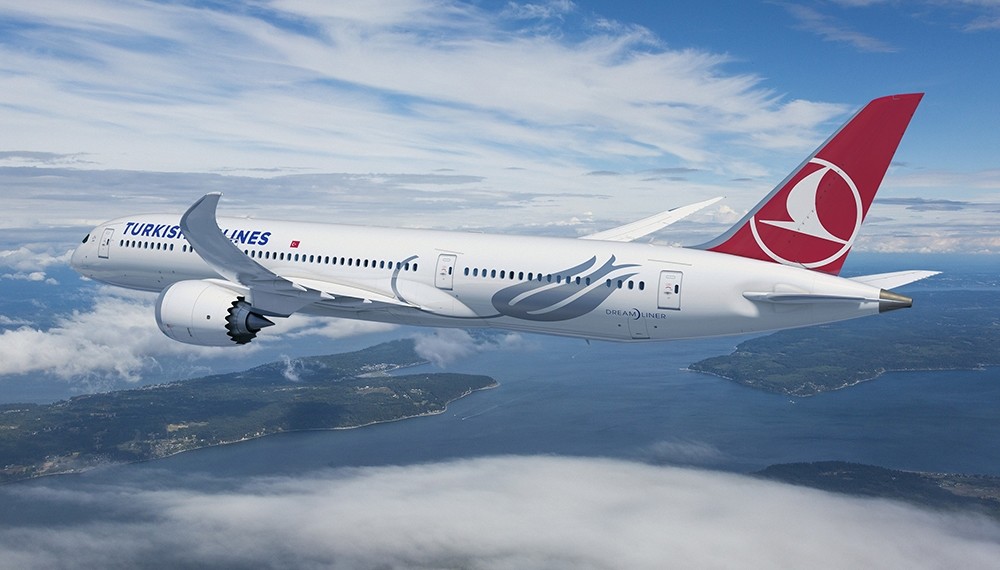 Turkey's national flag carrier Turkish Airlines (THY) carried thousands of football fans from all over the world to Russia via transit flights ahead of and once the 2018 FIFA World Cup began. The flag carrier is playing an important role in flights home for fans of eliminated World Cup teams, and it announced that it carried more than 243,000 passengers on Friday alone.

As group matches in the 2018 FIFA World Cup are completed and all quarterfinal teams will be known with the last two matches of the round of 16 played today, fans of the eliminated teams are leaving Russia in groups, going back to their countries from cities in Russia where the matches were held via transit fights from Istanbul Atatürk International Airport.

Ahead of the competition, there was increased demand for transit flights via Istanbul. As football fans poured into Russia for the tournament that runs until July 15, Turkey's national flagship carrier carried thousands of football fans to Russia via transit flights. The company added flights to Russia, increasing the number of wide-body aircraft.

The Turkish aviation giant also enlarged the variety of aircraft types used in flights to cities in Russia for matches in addition to adding additional flights due to intense demand. Some fans also preferred to visit Istanbul due to the long flight time.

Many returning fans that flew from Russia to Istanbul chose THY planes for transit flights to their countries.

There has been a significant increase in occupancy rate on THY's flights from Russia and the Istanbul-connected flights to countries of eliminated teams. Especially, fans returning on Friday in groups stood out at Atatürk Airport International Terminal, which was in turn reflected positively on THY's passenger figures on Friday.

When adding the returning fans to the THY's network, which surged in the number of passengers and flights during the summer season due to the domestic and foreign holidaymakers, the number of flights and passengers of the national airline company reached remarkable figures worldwide on Friday.

"We delivered more than 243,000 passengers to their homes on these flights in safety and comfort. Turkey is growing, and Turkish Airlines is flying high. THY is proud to serve you with safety and comfort," Ekşi added.

Among those choosing THY are fans of countries such as Saudi Arabia, Iran, Egypt, Peru, Nigeria, South Korea, Panama, Iceland and Germany.

Fans of Argentina, eliminated in the second-round, also preferred THY, as there was great interest in Istanbul-Buenos Aires flights from Russia.