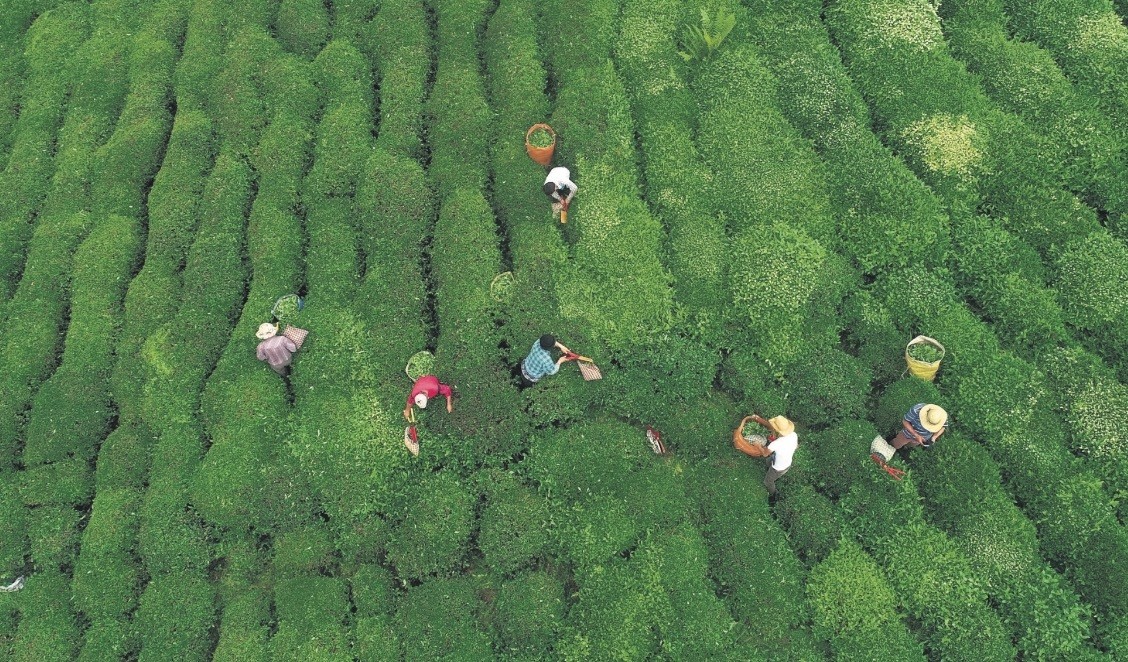 Farmers pick tea leaves in Rize province on the eastern Black Sea coast of Turkey.
by Anadolu Agency
Jul 09, 2018 12:00 am

Turkey earned revenues of over $4.5 million after exporting tea to 93 countries in the first half of 2018, according to Eastern Black Sea Exporters Association (DKİB) data.

Kalyoncu said recently that there had been a "substantial" increase in tea exports to Saudi Arabia after Arab tourists visiting the Eastern Black Sea region became familiar with Turkish tea."In the upcoming period, tea exports will continue to increase," he added.