Thousands of Amazon workers walk out of warehouses in Spain, Germany 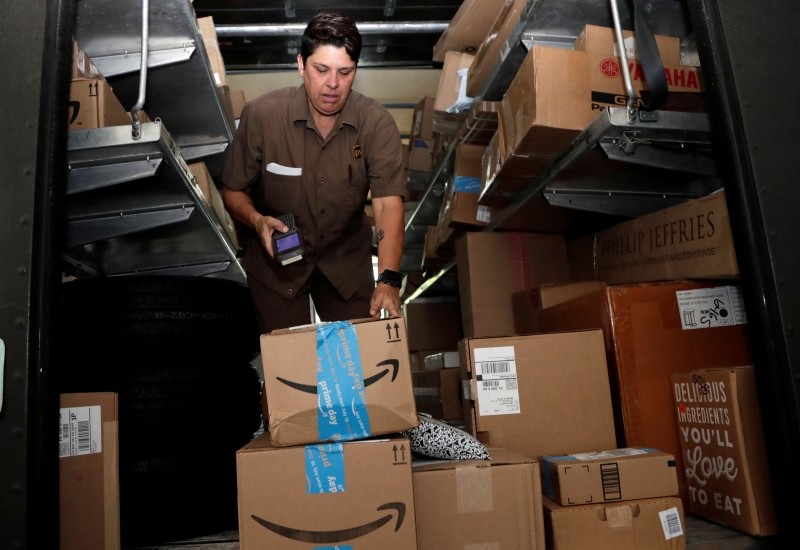 Thousands of Amazon workers went on strike in Spain and Germany on Tuesday in protest at their working conditions as the retail giant staged its Prime Day sales event, unions said.

In Spain, employees in San Fernando de Henares near Madrid -- Amazon's biggest logistics center in the country -- were observing a second day of work stoppage which was due to continue on Wednesday.

Ana Berceruelo of the CCOO union told AFP that 1,200 workers were taking part -- around 80 percent of the center's workforce.

But Amazon Spain said the participation figure given by the union was wrong.

"Today the majority of the center's employees worked and handled our customers' orders," it said in a statement, without giving a detailed figure.

It claimed its workers had "a competitive salary, a complete package of benefits and programs of innovative training."

In Germany, some 2,400 Amazon workers took part in a strike timed to disrupt one of the U.S. internet retail giant's biggest sales pushes, according to a union spokesman in Berlin on Tuesday.

Warehouse employees in the cities of Leipzig and Koblenz, as well as the towns of Bad Hersfeld in Hesse, Graben in Bavaria and Rheinberg and Werne in North Rhine Westphalia walked out, Guenter Isemeyer from Verdi, the union behind the strike, said.

Though Amazon was able to compensate for the absent workers with replacement teams, Isemeyer said he regarded the strike as a success.

Managers in Graben and Rheinberg were forced to pitch in in the warehouse, he added.

Prime Day, a 36-hour sale which began on Monday, is a major money-spinner for Amazon.

An Amazon spokesman said Tuesday that most staff members turned up for work as usual. "Customer orders are arriving on time," he added.

The German union Verdi has been demanding a collective wage agreement for Amazon's 16,000 workers across Germany since 2013, but the retail giant has refused to engage with the union on the issue.

This round of strikes are focused on health policy.