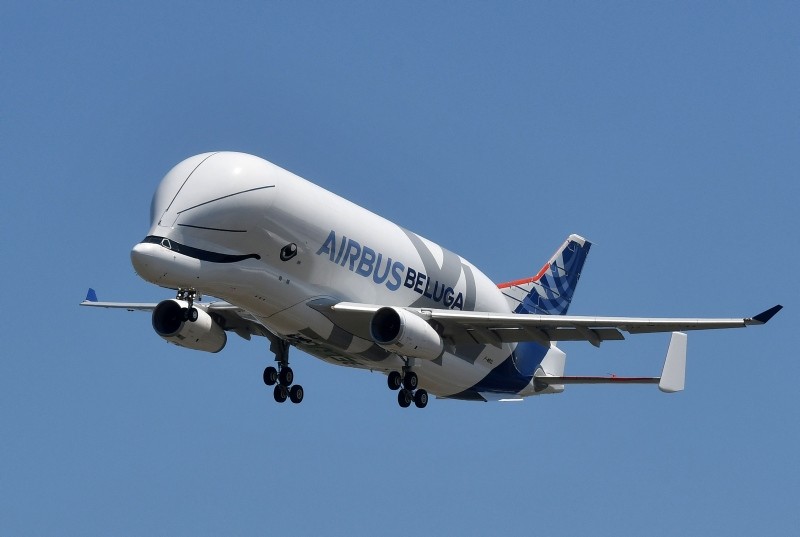 European aerospace giant Airbus on Thursday conducted the first test flight of the new Beluga XL, an even bigger version of the company's giant workhorse transport plane which has been in service since the mid-1990s.

Decorated for the occasion as a "whale in the sky," the plane's crew took off at exactly 10:30 a.m. to a cheering crowd of 10,000 people at Airbus's facility in Toulouse, southern France.

Airbus says that at 19 m (62 ft) tall, the plane is as big as a three-story house and can carry up to 51 metric tons of cargo, the equivalent of seven adult male elephants -- though animals cannot actually be transported because the hold is not pressurized.

The five planes being developed will be used to ferry around parts for building Airbus's other selection of planes at its production sites across Europe.

Two wings of the A350 long-haul passenger jet can now be carried, instead of just one previously, for a maximum distance of 4,000 kilometers (2,500 miles).

The Ukranian-made Antonov An-225 Mriya still holds the title for largest aircraft since its first flight in 1988. With a massive 88 m (290 ft) wingspan and six engines, the one-of-a-kind airplane can carry a staggering 250 metric tons of cargo.