US airlines bow to China's demand on Taiwan reference 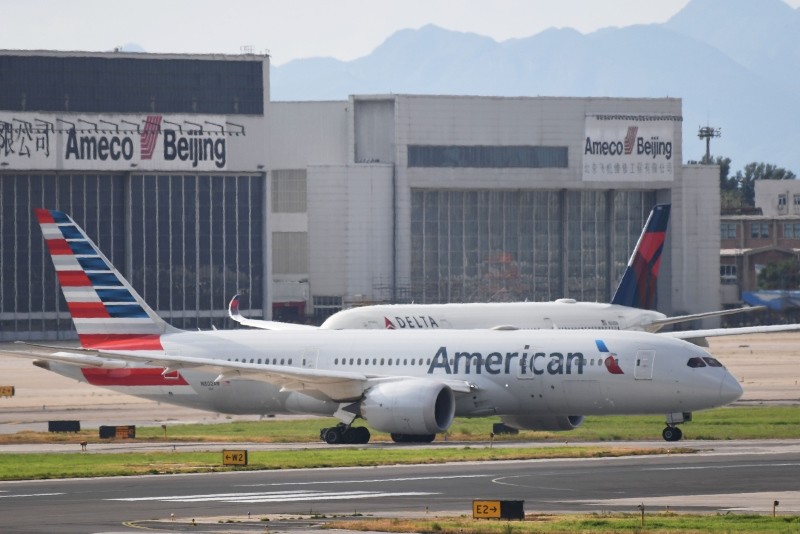 The Trump administration, several U.S. senators, and Taiwanese business leaders urged the three biggest U.S. airlines to stand up against China's demand about how they describe Taiwan on their websites.

The U.S. airlines, looking at the explosive growth in China's air-travel market, decided to ignore them all.

American, Delta and United joined other global carriers and bowed to pressure from China on Wednesday and stopped listing the city of Taipei as being located in Taiwan. The airlines, however, didn't go so far as to say that Taipei is part of China.

"Like other carriers, American is implementing changes to address China's request," said Shannon Gilson, a spokeswoman for American, the world's biggest airline. "Air travel is global business, and we abide by the rules in countries where we operate."

Representatives for Delta and United made similar statements.

Taiwan split politically from mainland China during the 1949 civil war and is self-ruled. China, however, claims the island as part of its territory and has threatened military force to annex it.

In recent years, China has used its economic and political clout to pressure other countries and their businesses to stop recognizing Taiwan as a separate entity. In that effort, officials in Beijing targeted airlines, threatening unspecified punishment for carriers that did not heed China's demands.

The big U.S. airlines declined to say how much revenue they earn from flying between China and the U.S. In regulatory filings, they only describe revenue by region.

United Airlines, which has the most extensive service to China of the three, reported that 13 percent of its revenue last year came from Pacific service, which includes flights to Japan, Korea, Australia and Singapore. Delta Air Lines got 7 percent of revenue from the region, and American got 5 percent.

China, however, is a rapidly growing airline market with a booming middle class that is eager to travel. The International Air Transport Association, a trade group of global airlines, predicts that China could overtake the United States and become the world's biggest air-travel market by 2022.

The U.S. airlines have other financial ties to both China and Taiwan. American owns nearly 3 percent of China Southern Airlines while Delta owns about 3.5 percent of China Eastern Airlines. Delta is in the same airline alliance as Taiwan's biggest carrier, China Airlines, and United shares an alliance with Taiwan's EVA Air.

"China is so strategically important to the U.S. carriers that they can't ignore what the Chinese government mandates," said Henry Harteveldt, a travel-industry analyst in San Francisco. "The U.S. airlines were put in an uncomfortable position. No matter what they decided to do, it was a lose-lose proposition."

Robert Mann, an aviation consultant and former American Airlines executive, said the U.S. carriers "lose face to some degree," but they preserve their ability to sell tickets in China and avoid other punishment that might have included extra customs delays for passengers.

China's foreign ministry applauded the U.S. airlines, calling the changes on their websites "positive progress." Ministry spokesman Geng Shuang said China welcomes foreign businesses if they "abide by Chinese laws and regulations, sovereignty and territorial feelings, and the feelings of the Chinese people."

By Beijing's Wednesday deadline, all 44 global airlines that had been asked to scrub references to Taiwan had complied, according to the People's Daily, the Communist Party's official newspaper.

American, which in searches previously displayed the main airport in Taiwan's capital city as "TPE, Taiwan", switched to "TPE-Taoyuan International" and it dropped "Taiwan" from search results. Similarly, Delta similarly changed from mentioning Taiwan to just "TPE Taipei" and no other location clue. United went to "Taipei (TPE-Taoyuan)".

The ending was almost anticlimactic after an intense buildup of opposition in Washington and Taipei to China's pressure.

Taipei's economic and cultural office in Washington urged the U.S. airlines to stand up to Beijing's bullying. China, the group's representative said, was trying to take the free out of free enterprise.

The U.S. asked China to sit down and negotiate, but China refused.

American, Delta and United decided by Tuesday that they would acquiesce to China. The decision seemed to catch the Trump administration off-guard.

"I was not aware that the companies said that they would fold to the Chinese government," she added, referring to the airlines.